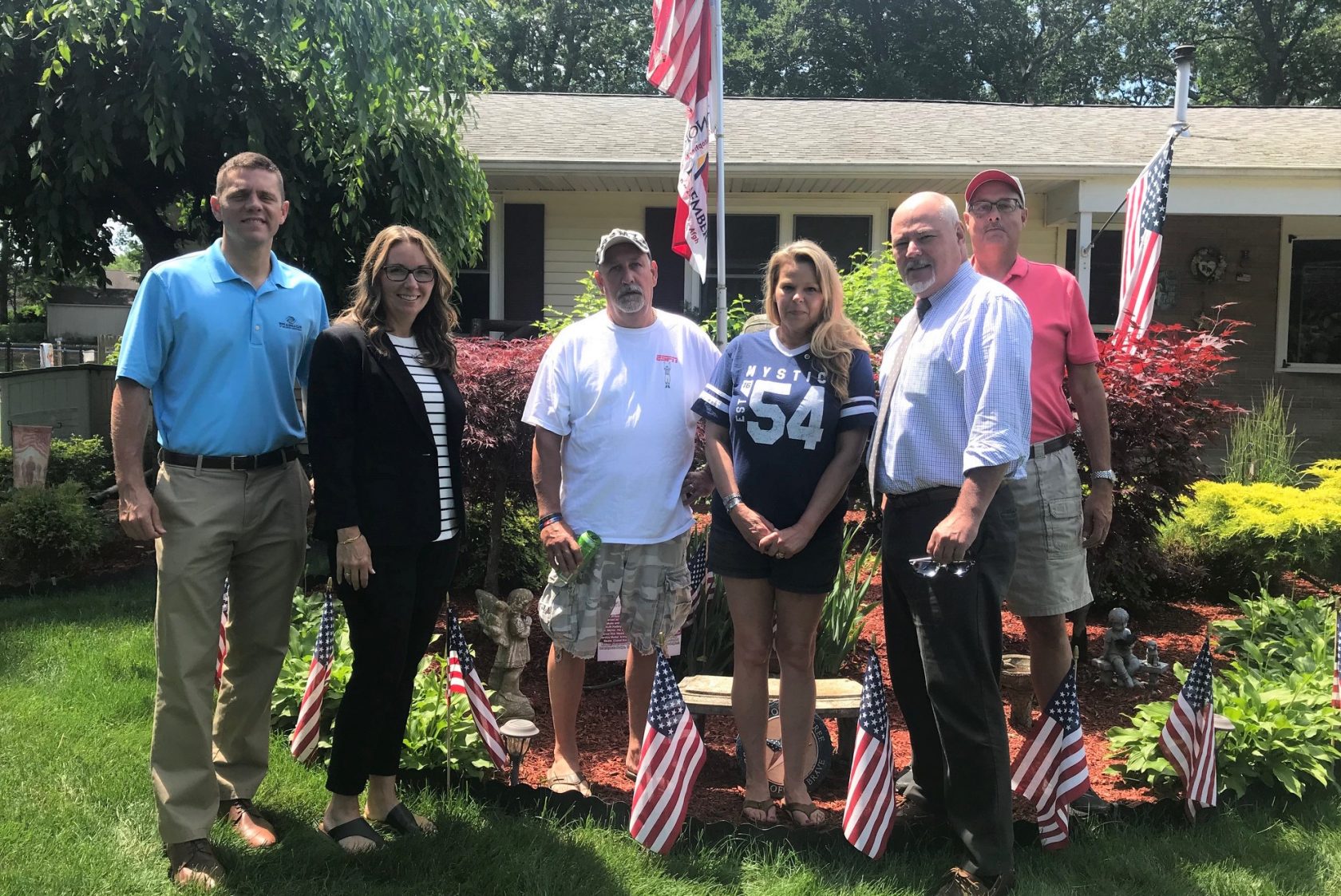 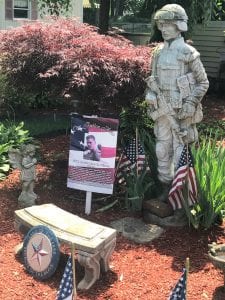 The Halliday family has a memorial honoring their son Christopher Wilson who died in military action. (Photo by Hope E. Tremblay)

WESTFIELD – The city’s first Gold Star Ordinance exemption, signed May 7, has been issued to the first recipient.

The ordinance was adopted unanimously by the Westfield City Council and offers a 100 percent property tax exemption to Gold Star parents. A Gold Star parent is the parent of a US Armed Forces member who died in action.

Westfield resident Ilka Halliday, a Gold Star Mother, is the city’s first recipient of the exemption, which was put into law in August of 2018 as the BRAVE Act and could be adopted locally as an ordinance.

“At the time I put it aside, but I learned of one Gold Star mom in Westfield who lost her son 12 years ago,” Barnes told the Council when she advocated for the ordinance passage. 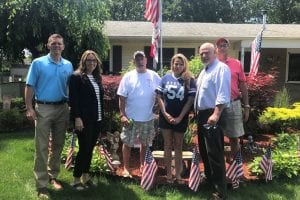 Halliday and her husband Scott honored him with a Memorial Garden in the front yard of their Westfield home where they gathered Monday with state Rep. John Velis, Barnes, Mayor Brian P. Sullivan and Council President Ralph J. Figy.

The garden featured 12 American flags, one for each year since Wilson’s death, a large statue of a soldier, red, white and blue flowers and other memorial gifts given to the family.

Scott Halliday said he started the garden as a way to remember his stepson, whom he raised since he was 12.

“Christopher is buried in Arlington Cemetery and it’s far, so I wanted to create a memorial here,” he said, adding that he enjoys sitting in the yard, looking at the statue and thinking about his son.

Every Memorial Day the Hallidays add something new to the garden as a way to continuously honor Wilson.

“He was a good kid,” Scott Halliday said. “I remember when he told me he enlisted and we had a long talk about it.”

Ilka Halliday, a U.S. Army veteran, said her son was always interested in the military. 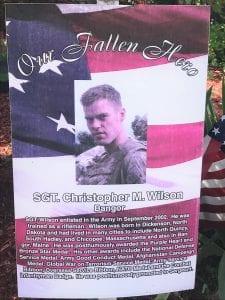 A tribute to the son of Ilka and Scott Halliday in their Westfield garden. (Photo by Hope E. Tremblay)

“I remember when he was two-years-old and I would come home and take off my combat booths and he would just jump in them – wearing his diaper and my boots,” she said.

Ilka Halliday grew up in a military family. A native of Germany, her mother married a United States military man who was stationed in Germany. When he retired, the family moved to the United States and Ilka Halliday decided to join the Army herself and became a U.S. citizen.

Ilka Halliday described Wilson as “a typical GI” and said he was often in trouble at a young age, but matured in the military . . . mostly.

“People describe him as having a Jim Carey-type of personality,” she said. “He was always joking around and always said I was his ‘favorite dork’.”

Ilka Halliday lived in many places around the world as part of military life and settled in Westfield where she is a hair stylist. For her, it’s home.

“I love Westfield,” she said. “We have so much support here.”

Among those supporters, said Mayor Sullivan, are the members of city government.

“There was full support from everyone to pass this,” Sullivan said. “We had cooperation from the state down and the Council gave its support to the Gold Star Ordinance.”

Figy said the city had the option of adopting the local ordinance and jumped at the opportunity to honor those who gave the ultimate sacrifice by helping their families.

“This is really a highlight of what we’ve done on the City Council,” Figy said.