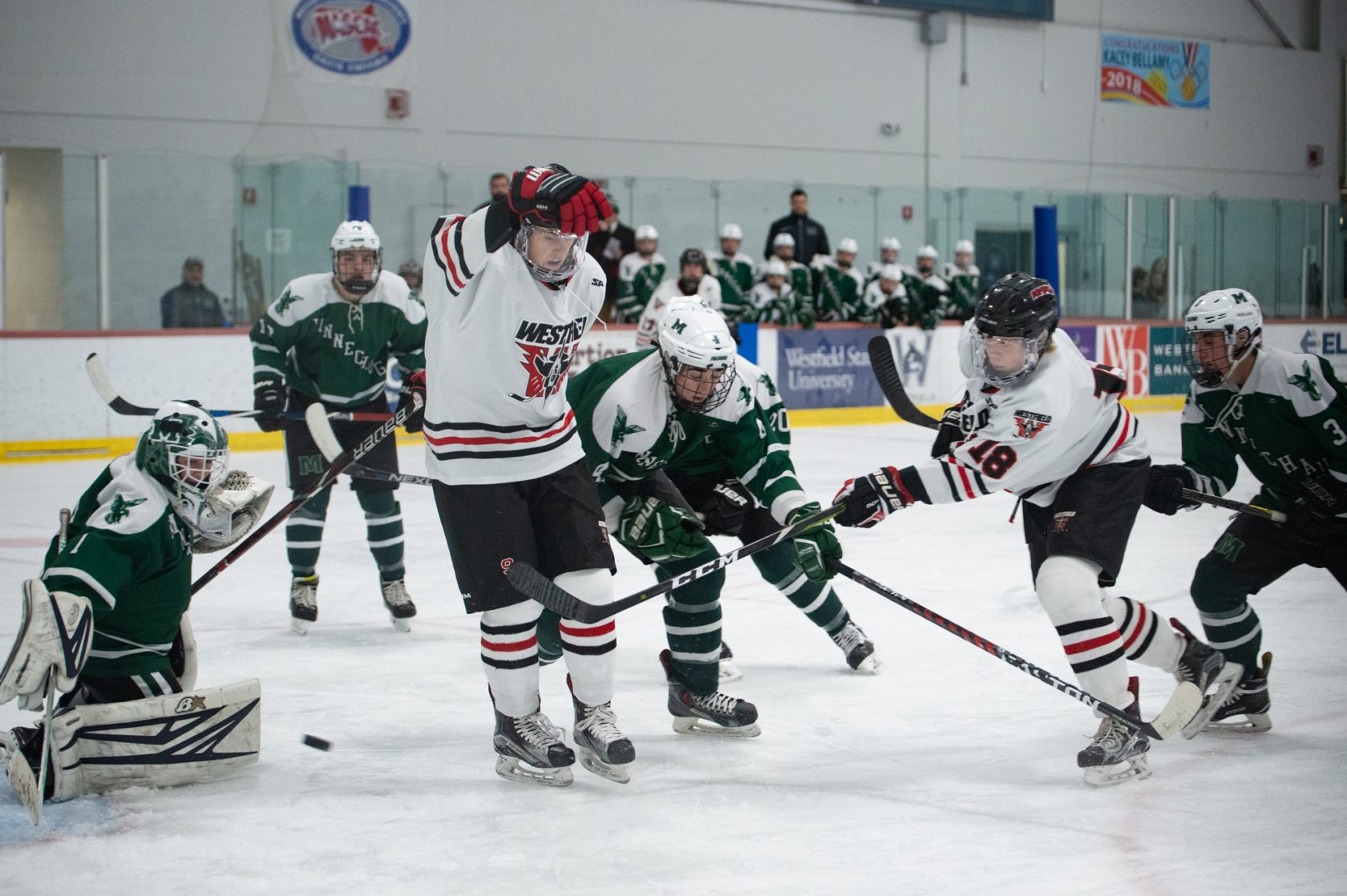 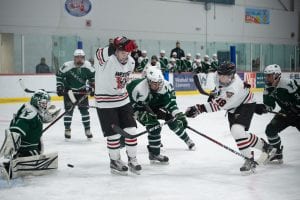 WESTFIELD – Apparently the Grinch outstayed his welcome.
Minnechaug stunned Westfield in a boys ice hockey game 6-1 Wednesday as both teams returned to action following the holiday break.
Minnechaug (3-4-1) delivered its first piece of coal, doling out the game’s first goal midway through the opening period at Amelia Park Ice Arena. That was just the beginning of this sad tale though.
Minnechaug went on a scoring spree over the second half of the first period. The Falcons netted three goals, and led 3-1 heading into the middle frame.
Westfield’s only goal of the period was a Gavin Carzello slapshot from the point that slipped past the goalie.
Minnechaug quickly dispelled the notion that the three first period goals were a fluke. The Falcons scored 13 seconds into the second period to go up 4-1.
Two Minnechaug goals later, and it was good night.