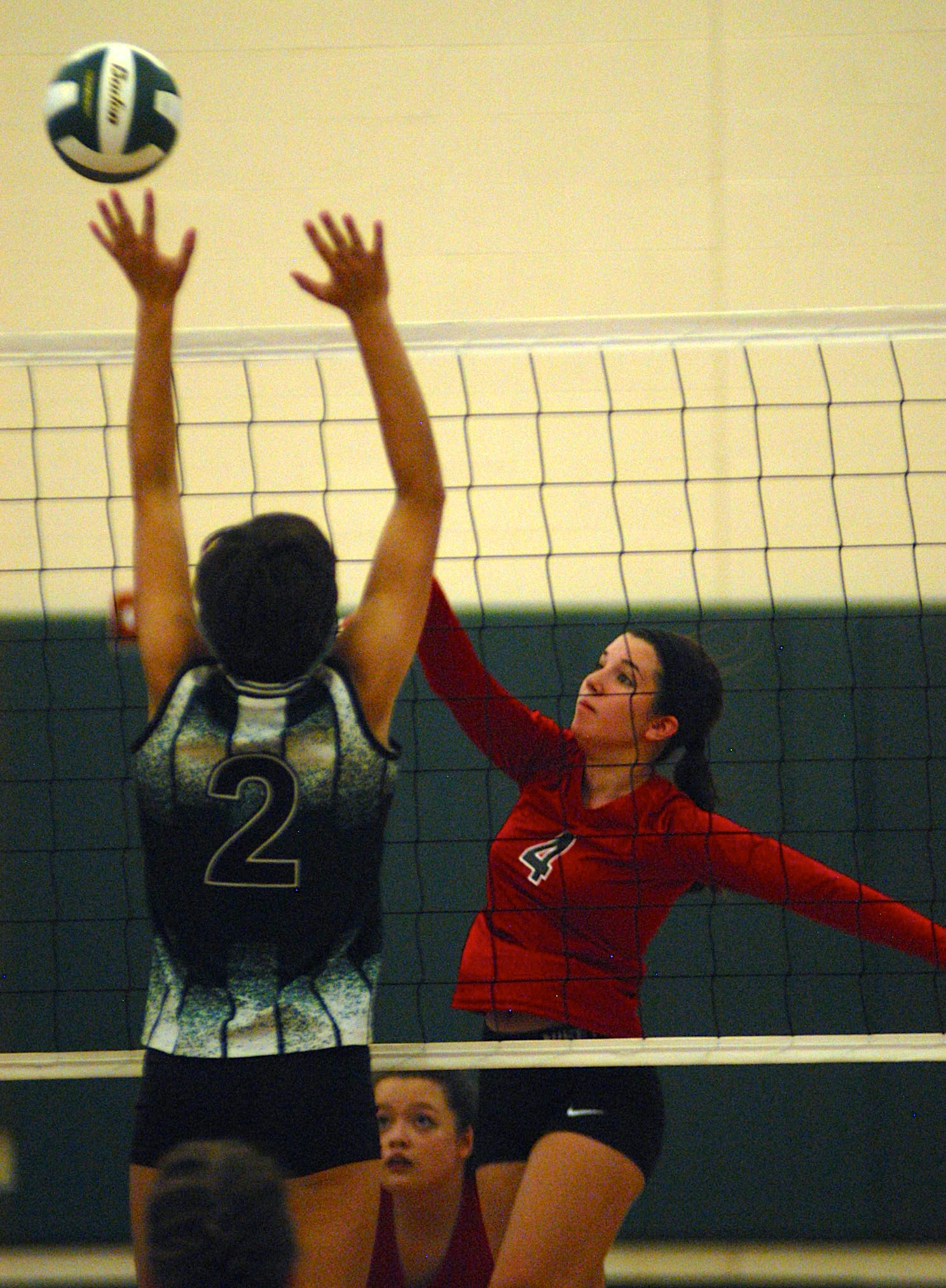 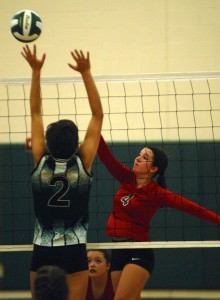 WILBRAHAM – The Minnechaug Regional High School girls’ volleyball team swooped in and delivered the season’s first blow to Westfield Wednesday.
Minnechaug swept in three sets, 25-18, 25-16, 25-18.
Westfield enjoyed several leads in the first game, but Minnechaug surged ahead in the final minutes to seize it.
Westfield also led briefly in the middle frame, 7-4, before the Falcons went on a 6-0 run to take a 13-7 advantage. The Bombers fought back into it, cutting their deficit to 14-12.
Minnechaug responded. The Falcons went on another run to take a commanding lead, 20-13, and never wavered.
In Game Three, Minnechaug opened with two screaming aces. The Falcons soared to an 18-3 lead. Westfield faced a nearly insurmountable climb, but made a valiant effort with superb play from libero Olga Korobkov and a hard-working effort from center Mai Kozak.
With Elaine Prats serving, Westfield rallied for five straight before Minnechaug pulled away.
Westfield will attempt to bounce back on Friday when it hosts Longmeadow at 6:15 p.m.