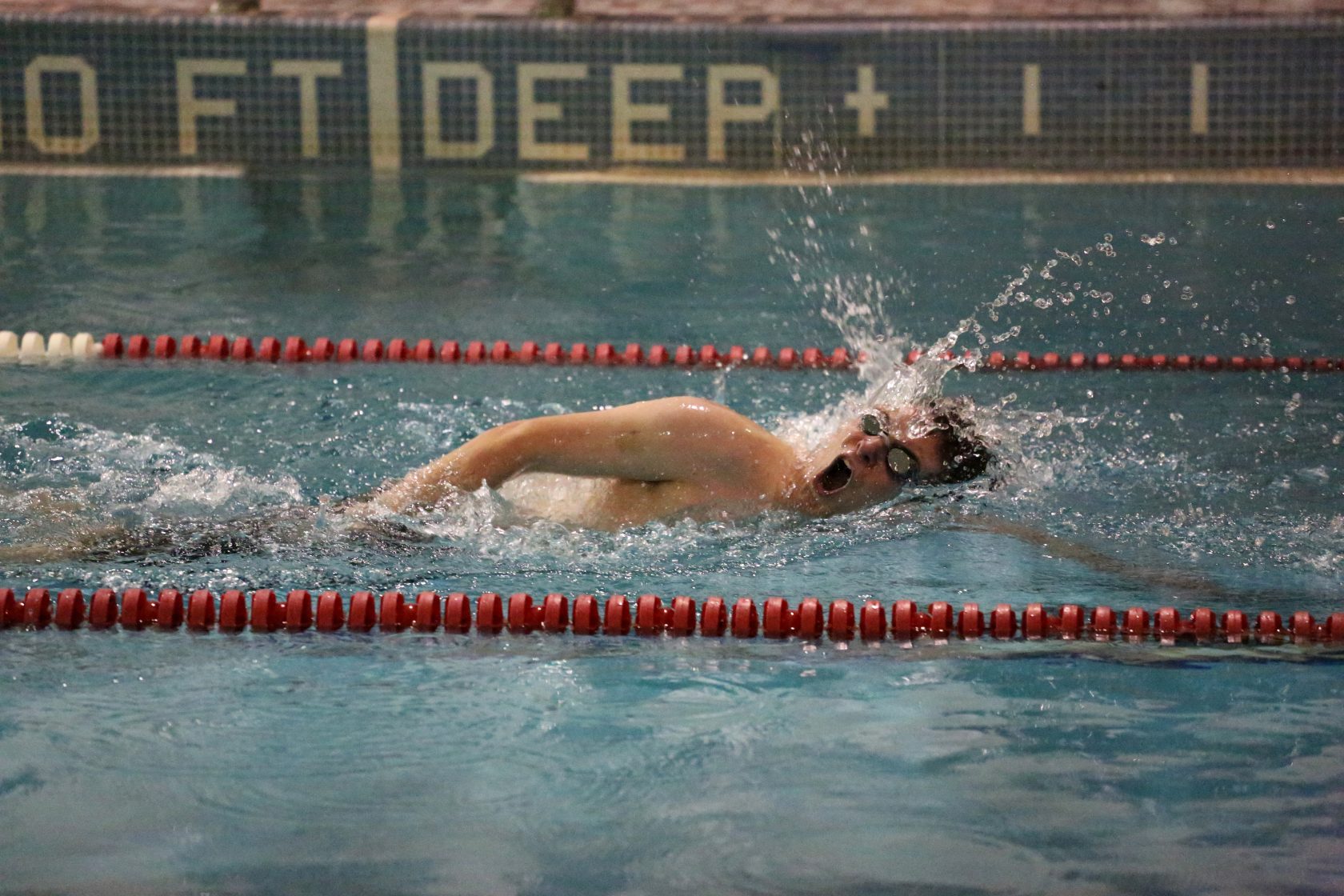 WESTFIELD – The much-ballyhooed matchup between the Minnechaug Falcons and Westfield Bombers swim teams fizzled Tuesday due to the flu running rampant through the Whip City’s high school swim team.
Westfield was missing more than a quarter of its swimmers, who, according to swim coach Tom Lewis were under the weather.
“The really good meet never really materialized,” coach Lewis explained. “All in all we actually had some pretty good swims tonight. …We were just missing far too many kids to put up any type of a fight tonight.”
The Westfield girls’ swim team (6-1) was knocked from the ranks of the unbeaten, losing to Minnechaug 138-48. 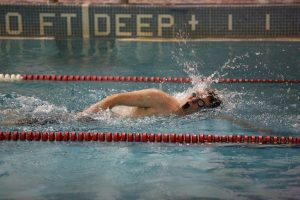 Westfield’s Josef Adamscyk rallies toward the finish on the last stretch of the boys 200 meter freestyle against Minnechaug Tuesday. (Photo by Randall S. Burlingame)

Westfield’s Elizabeth Fraser managed a first-place finish in the 200 individual medley with a time of 2:22.81. Fraser was also involved in the most dramatic race of the day, just being touched out by Minnechaug in the 100 breaststroke (1:14.12).
Matt Morash and Tommy Russell won two individual events apiece to lead the Westfield boys’ squad (5-2), which fell to Minnechaug 116-60.
Russell finished first in the 50 freestyle race (22.74) and 100 backstroke (56.26); Morash claimed gold in the 200 free (1:55.20) and 500 free (5:14.66).
Westfield’s Kevin Hayes took first in diving (228.00) and the Bombers’ medley relay team (Russell, Patrick Lurgio, Morash, Adrian Orszulak) won in 1:50.45.
Westield will attempt to get back on track Friday at East Longmeadow High School, beginning at 4 p.m.
“Hopefully people will be back and healthy,” Lewis said.