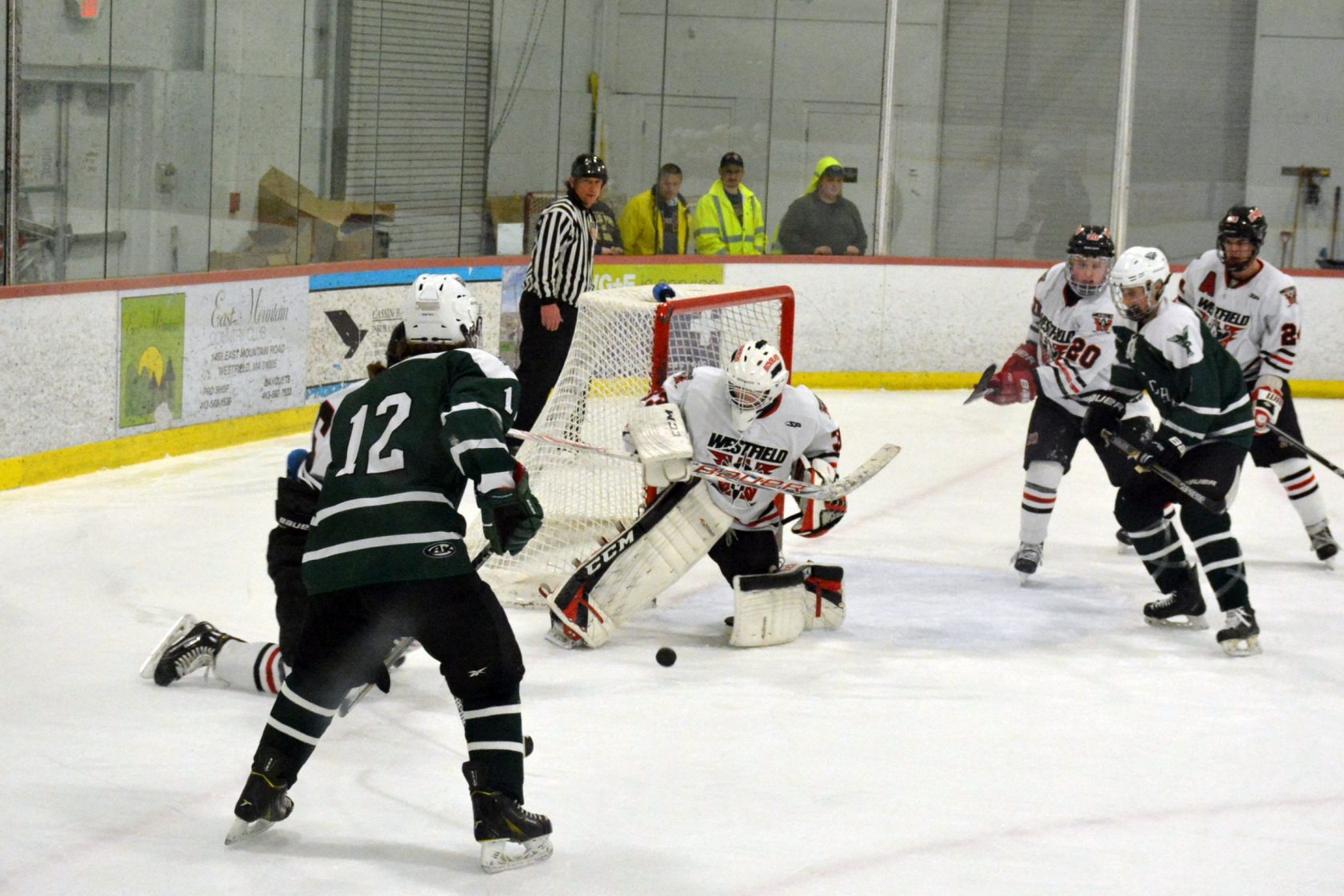 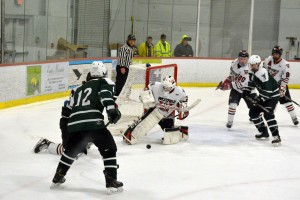 WESTFIELD – A flock of birds knocked out the power to one team in a local ice rink Wednesday.
The Minnechaug Falcons scored one goal in each of the first two periods, tacked on two more for insurance in the final period, and clamped down on Westfield’s offense to snare a 4-1 win over the Whip City in a boys’ ice hockey game Wednesday at Amelia Park Ice Arena.
Tyler DeCarolis recorded a hat trick, and Joshua DeCarolis had one goal and one assist for the Falcons.
Max Maggipinto scored Westfield’s lone goal.
The Bombers, who fell to 2-4, will look to get back on track Saturday against Wachusett at Amelia Park Ice Arena at 6 p.m. 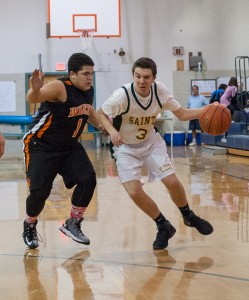 BOYS’ HOOPS
Lee tops STM
Lee 53, St. Mary 28
Drew Collins scored a team-high 11 points to lead St. Mary at Westfield Middle School South. Saints’ Jake Butler and Nick Illnicky finished with six and five apiece.
“Again it was another good effort,” St. Mary coach Joe Molta said. “We need to get better in the third quarter, but we played a pretty good second half even tough they went to their bench a little bit.”

WRESTLING
Smith Voke 39, Westfield 22
Josh Larriu (106 pounds) and Max Radinov (182) enjoyed pins for Westfield. Bombers’ Cole Cannady won by major decision, 10-2, while wrestling up a weight class; Richard Jablonski and Jack Yvon lost by one point apiecd at 152 and 160 pounds, respectively; and, Johnny Gourde fell 12-9 at 220 pounds in one of the most exciting matches of the night.