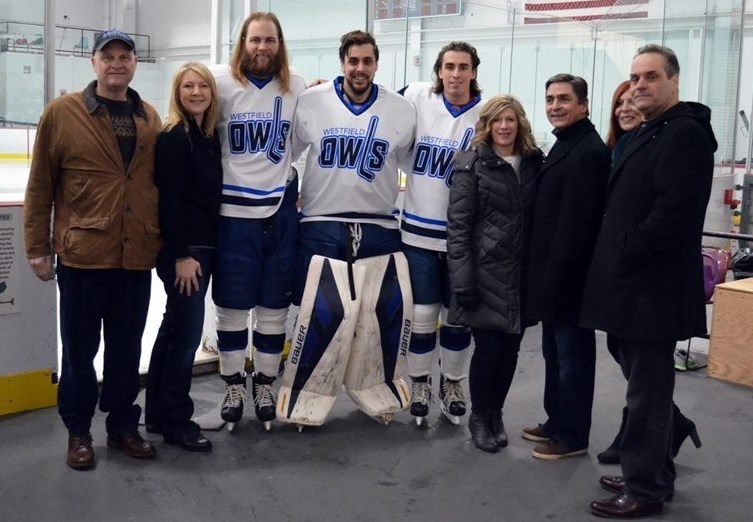 WESTFIELD – Fitchburg State University pulled off a, 3-2 win over Westfield State University in a Massachusetts State Collegiate Athletic Conference (MASCAC) hockey game at Amelia Park Ice Arena on Saturday night.
The Owls celebrated their three seniors, Jonathan LoParco (Vaughan, Ont.), Jake Suvak (Parma Heights, OH) and Jackson Leef (Fort Wayne, IN) prior to the match.
Westfield State drops to 8-12 on the season and 4-10 in the MASCAC play. The Falcons improve to 10-10-1 on the season and 5-3-1 in the conference.
Fitchburg found their rhythm at 11:52 in the first, as the Falcons found the net twice in a two-minute stretch with goals from Evan Byrnes assisted by Corey Hayashi and Kyle Hillick with assists from James Gordon and Michael Fretz to lead the Owls 2-0. 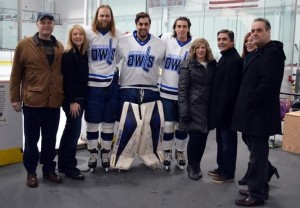 A power play that extended into the start of the second allowed Fitchburg State’s Ricky Kramer to find the back of the net with assists by Nick DiNicola and Tyler Warila to extend their lead by one.
With just over five minutes remaining in the second, the Owls were able to get on the board after a slap shot from Donovan Gardiner assisted by Pearce Vance and Daniel Backstrom to make it a 3-1 game.
A power play for Westfield created their next scoring opportunity, as Jeremy Young picked up a loose puck in the slot and fired it into the low corner to make it a, 3-2, game with under two minutes remaining.
The Owls could not muster a tying goal with the goalkeeper out for the final three minutes of play, and Fitchburg was able to clinch their, 3-2, win.
LoParco finished with 24 saves while Charles Jakobsson made 42 saves for the Falcons.
The Owls had 44 shots on goal compared to Fitchburg’s 27.
Westfield State will host UMass Dartmouth on February 9th for a conference game at 7:35 p.m.
Fitchburg State will host Worcester State in a conference game on February 9th at 7:00 p.m. – Courtesy of Westfield State University Sports