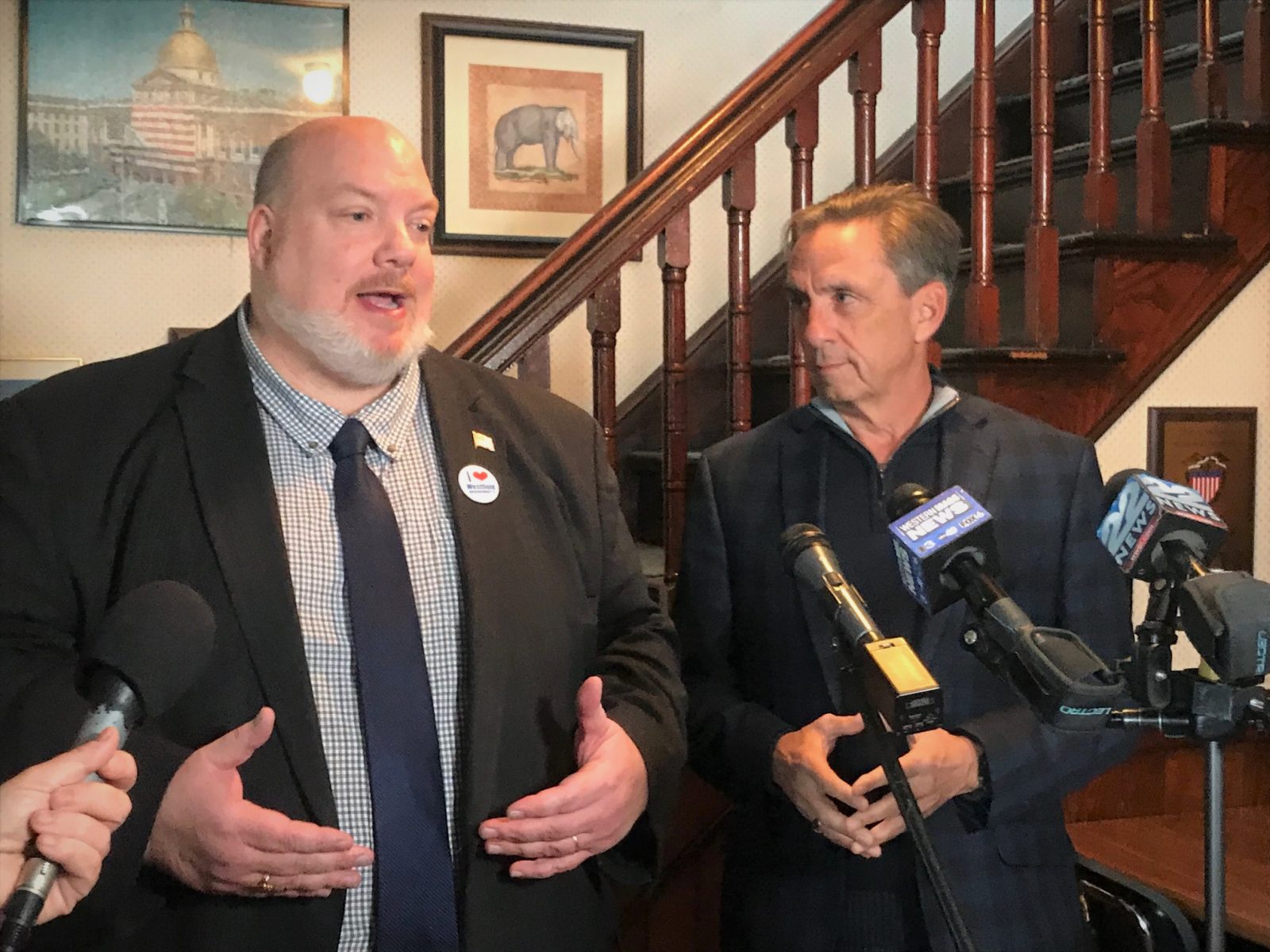 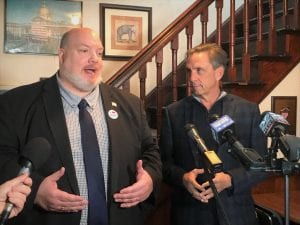 WESTFIELD — In a way, for Donald Humason Jr. and Michael McCabe, the 2021 campaign is just like the last one: same city, same office, same two candidates.

And in a way, it’s like no other campaign they’ve ever experienced. It’s 2021, and everything is different because of COVID-19.

“Retail politics, to me, has always been about meeting people face-to-face and seeing them at events, [and] door to door,” Humason said. “Things have changed a little bit, that’s for sure.”

He said he’s running fewer campaign events than in 2019, and has not done any door-knocking, though he meets people often at city events in the course of his duties as mayor.

McCabe said last week that he’d just started knocking on doors again, and he is also holding fewer and smaller events, but staying away from crowds and front porches didn’t keep him from hitting the pavement all summer.

“I went out and walked all 719 streets” in Westfield, he said. “You get an appreciation for every neighborhood, every street, and anybody you could talk to. I met every person who owns a dog on every street in the city.”

McCabe will at least want one thing to be different in 2021: the result. He lost the 2019 election by a mere 90 votes out of the nearly 10,000 cast. He said it’s been tough to gauge how interested voters are in this election, but his events and standouts have been well-attended, and he’s hoping to build on his strong showing from the last election.

Of course, neither Humason nor McCabe was the incumbent in 2019. Now Humason has been in the job for two years, and both candidates acknowledged that being the sitting mayor confers an advantage in visibility. Humason said it also gives him a positive track record to tout.

“If you do a good job, that’s the best way to campaign,” he said. “Do your job, and people will reward that with a vote.”

He said he’s proud of how he’s handled the COVID-19 pandemic and economic development in Westfield, and the progress that the city has made toward building a new elementary school on Franklin Street.

“I’m proud of what we have done despite the pandemic, despite the precautions we’ve had to take,” Humason said. “We’ve still been able to do a ton of things. Look at our economy in the city. Look at how we’ve been able to reduce the tax rate.”

There is a familiarity to this campaign, though. Both candidates said they are running on essentially the same platform that they did two years ago.

“We’re much the same people we were in 2019,” McCabe said of himself and his opponent. “The principal difference is, very clearly, the way we go about doing our business. He has a more hands-off style than I do. I think a more hands-on style is better for a mayor.”

He said if he had been mayor for the past two years, Westfield would have had a more active response to the COVID-19 pandemic. He would also have asserted himself more as chairman of the School Committee, pushing his own opinions on education policy, rather than deferring to the elected committee members and the superintendent of schools, as he says Humason does.

Humason, for his part, said the pandemic — and the state of emergency that was declared just months after he took office — prevented him from accomplishing some of the goals he had set on the campaign trail in 2019. He says he’d like the opportunity to set the agenda during a non-pandemic year, and really focus on economic development and infrastructure. Humason said it’s clear from what people tell him that infrastructure and traffic concerns remain at the top of voters’ minds. He said he wants to build on the success he’s had in the past two years at reducing the city’s pothole problem, and make a push to address residents’ concerns about crosswalks and speeding.

McCabe said he’s encouraged by the conversations he has with voters, which are not about emotional, hot-button issues, but about concrete problems that a mayor can help solve, like repairing the sewers and clamping down on speeding. He said one of his top priorities, based on years of conversations with neighborhood residents, will be reducing truck traffic, or truck speeds, on Southampton Road and Holyoke Road. He said he will build on his experience as a police officer and member of the city’s Traffic Committee. He also said that as mayor, he’ll take a more active role fighting the “other” public health epidemic in the city — opioid addiction.

Both candidates suspect that turnout will be lower in 2021. Though the mayor’s race is the same as in 2019, the number of contested races down the ballot has sharply dropped. The only City Council seat with a competitive race is in Ward 1, with the rest of the incumbents running unopposed. There are no races for Municipal Light Board, either. In 2019, there was only one City Council seat that was not contested, and there were Light Board races in three of the six wards. There are more School Committee candidates this time than two years ago — six rather than four — but far fewer races up and down the ballot.

The clerk’s office is also taking applications for mail-in voting. The COVID-19 rules implemented last year are still in effect, and voters do not need a medical or religious excuse to vote by mail. Any voter is welcome to request a mailed ballot, as long as the form is submitted by 5 p.m. Wednesday, Oct. 27. Forms are at the clerk’s office in City Hall, and at www.cityofwestfield.org/DocumentCenter/View/10403/2021-Vote-by-Mail-Application.