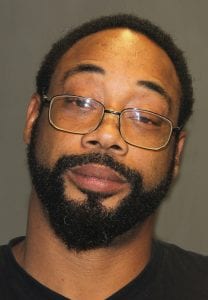 WESTFIELD – A Hartford man may have thought Monday was “Bring Your Son to Work Day” before he was arrested while allegedly attempting to steal two Hondas – one a car and the other a motorcycle – from an apparently abandoned house on Cedar Lane with his son and another young man.

A neighbor called police at 2:04 a.m.Monday to report “a lot of people” and “a lot of noise” at a nearby house which she referred to as “abandoned.”
Officer Effrain Luna reports he responded with officers Andrew Harris and Elijah Wolfe to find three men with a rental truck who had a motorcycle loaded in the truck and “were attempting to tow a junk m/v” with the same truck.

One of the men told police that the owners of the motor vehicles – a 1995 Honda Prelude and a 1986 Honda motorcycle – had said that he could take them. He explained that he was picking them up in the middle of the night because he had just gotten off work and there was no other time his work schedule would allow him to remove them. 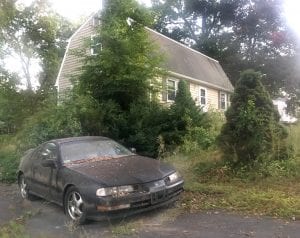 A 1989 Honda Prelude remains in a Cedar Lane driveway after three suspects were arrested early Monday morning while allegedly trying to steal the car. (Photo by Carl E. Hartdegen) 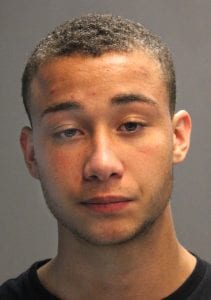 Luna reports that he observed that a basement door had been forced open and also that he “observed a neon sign in the bed of the truck along with a couple of tools that were later determined to have been taken from the residence.”
Luna was able to contact the ownerof the property, a Southwick resident, who said that the house had belonged to his parents and he used the property to store a car and a motorcycle.

He denied giving permission to remove the vehicles to anybody and described the neon sign found. 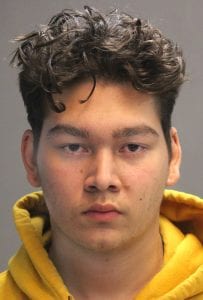 The three men, Raymond C. Smith Jr, 45, of 212 Blue Hills Ave., Hartford, Conn.; his son, Nicholas Smith, 18, of 100 Shtle Mdw Ave. 2, New Britain, Conn., and Derek Luis Arzola, 19, of 157 Amherst St., Chicopee, were each arrested for two charges of larceny of a motor vehicle and single charges of breaking and entering a building in the nighttime with intent to commit a felony and larceny from a building.
Each was arraigned later Monday in Westfield District Court before Judge William E. Rooney and each was released, pending a Nov. 1 hearing, on his personal recognizance.