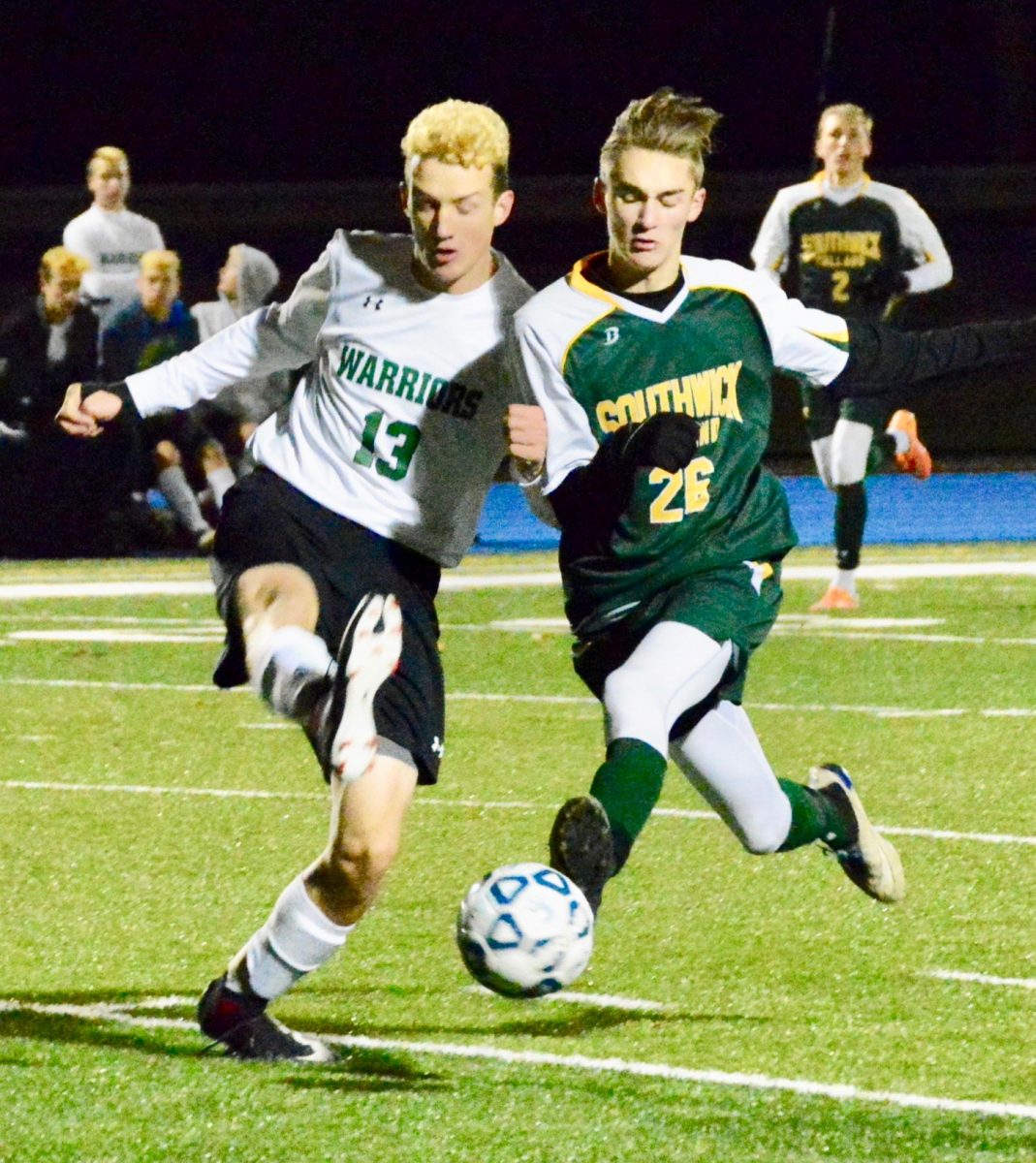 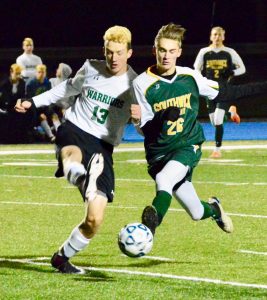 MARLBOROUGH – Once again, Southwick saved the best for last.
Western Mass champ Southwick scored in the waning minutes of the Division 3 boys soccer semifinal Tuesday at Assabet Valley Regional Technical High School. Unfortunately it was too little, too late as the Central Mass champ Nipmuc Warriors hung on for a 2-1 win.
Nipmuc led from the outset, scoring in the ninth minute on a beautiful free kick from Jackson Bukunt that floated over the outstretched hands of a leaping Southwick goaltender, just clearing the crossbar and finding the back of the net.
Southwick nearly tied it several times in the first half. The Rams squeezed a shot through the defense in the 17th minute that the Nipmuc goalie corralled. They were tripped up on a breakaway with 10 minutes remaining in the half, and had a corner kick, close throw-in, and free kick all broken up in the closing minutes of the opening half.
Nipmuc took a 2-0 lead on a shot from Nathan Vance in the 70th minute.
With 3:59 left in the game, Jared O’Connor struck gold for Southwick. The junior Ram’s goal pulled his team within one goal of a tie, and much like their West sectional final – they had a late opportunity to pull off the improbable.
Nipmuc bent, but did not break. The Warriors staved off Southwick’s late push to advance to the state finals.