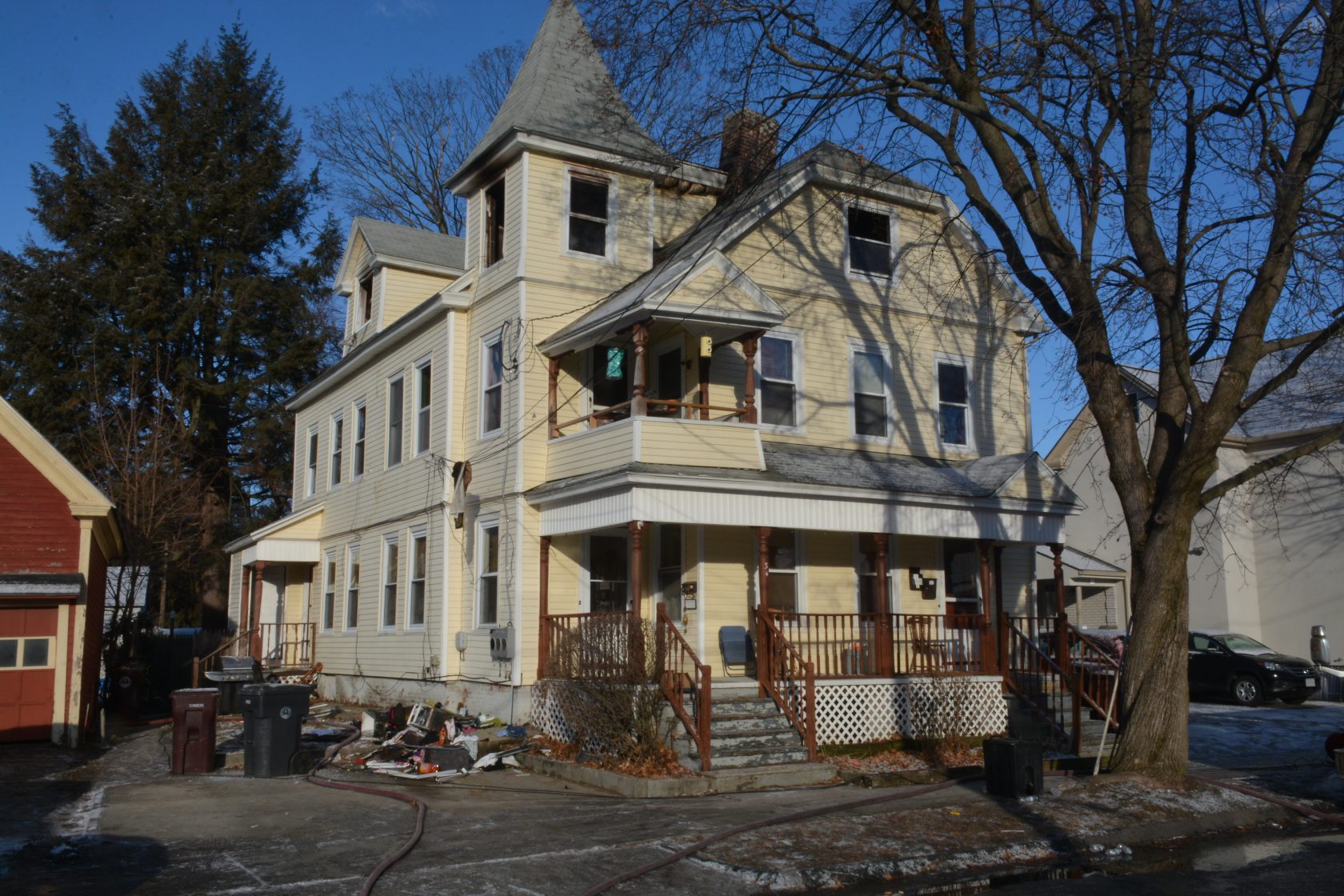 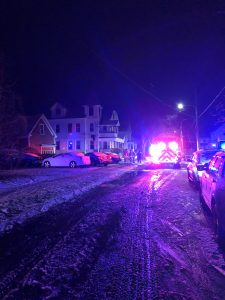 A picture from the scene of the Kellogg Street fire Friday morning. The fire displaced 12 residents from a three-family home, but no injuries were reported (picture provided by Westfield Fire Deputy Chief Eric Bishop).

WESTFIELD—A total of 12 people have been displaced following a fire early Friday morning.

According to Westfield Fire Deputy Chief Eric Bishop, a fire occurred at 34 Kellogg St. early Friday morning, shortly after 3 a.m. No injuries were reported in the fire, but a total of 12 people were displaced from the residence.

According to Bishop, all the occupants were able to safely evacuate the residence, which was a three-family home. Bishop noted that smoke detectors helped to alert the residents and contributed to everyone’s safe evacuation.

“Smoke detectors save lives,” Bishop said, noting that this incident was proof.

Bishop said that the fire began on the third floor of the residence, though a cause is yet to be determined.

On the third floor, Bishop noted that there were six occupants, as well. 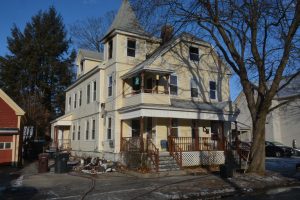 The State Fire Marshal is investigating the fire, and is expected to provide an official determination of what started the blaze at some point in the near future.

The American Red Cross was helping those displaced from the fire.