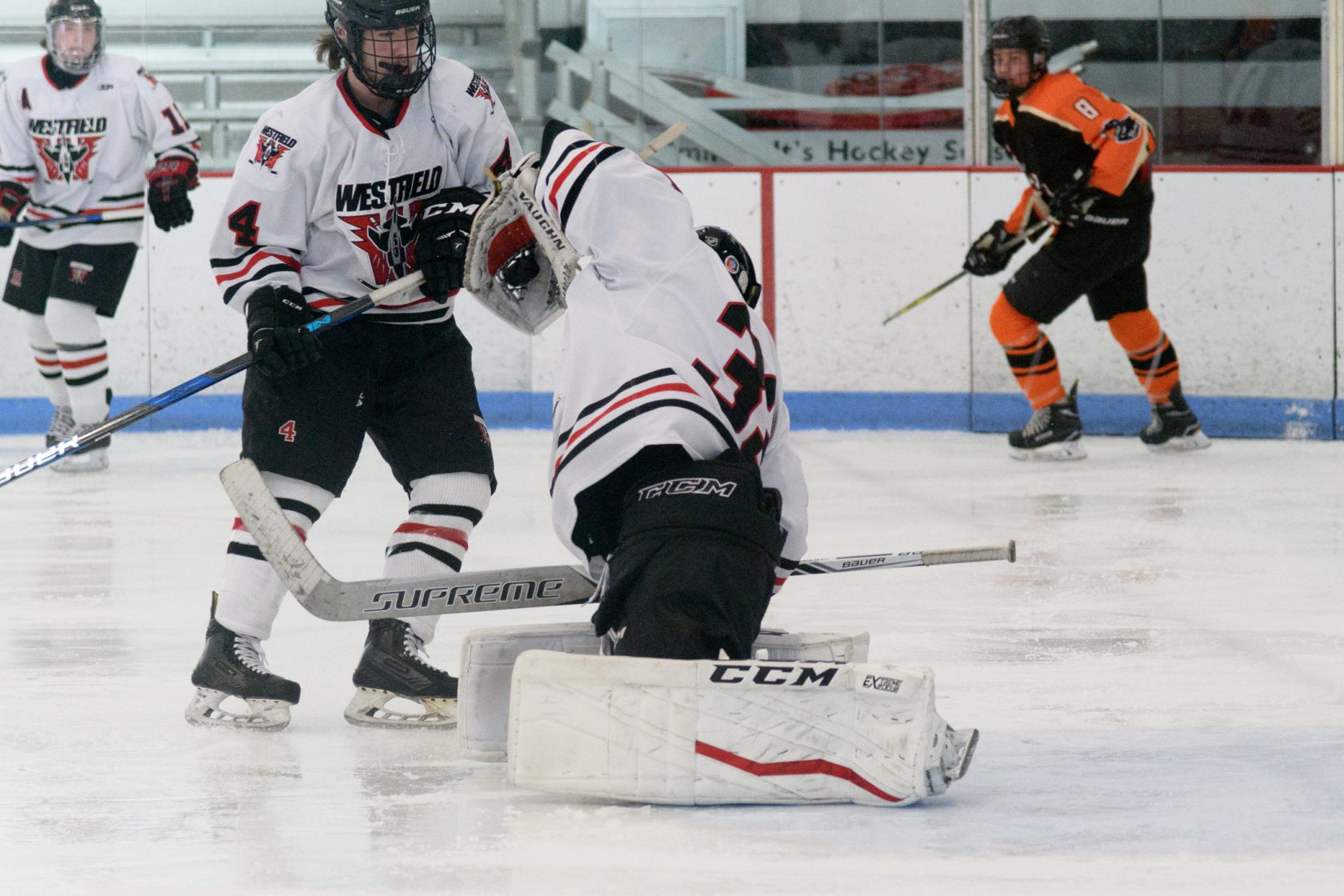 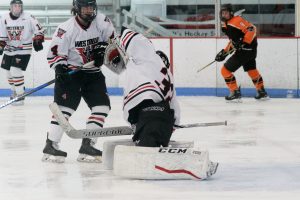 Westfield goalie Cam Parent makes a high glove side save against Beverly Friday at the University of Massachusetts-Amherst. (Photo by Bill Deren)

AMHERST – The Westfield and Beverly boys ice hockey teams teetered on the edge of victory and defeat Friday, but both left with a feeling of satisfaction and slight discouragement.
The two teams exited the University of Massachusetts-Amherst tied 1-1.
“We’ve still got some things to work on,” said Westfield coach C.B. “Moose” Matthews, whose team continues to barrel toward a season-ending showdown against Longmeadow.
There was definitely some good that come out of Friday’s matchup, including Westfield goalie Cam Parent’s superhuman effort in net. 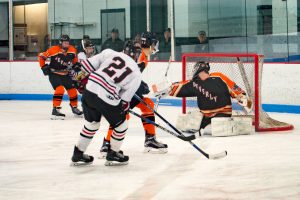 Connor Cottengim scores the first Westfield goal in the first minute of the game against Beverly. (Photo by Bill Deren)

Parent stopped nearly a half-dozen breakaways and finished with 35 saves.
(Cam) came up big time for us,” Coach Matthews said. “We could’ve gotten beat 5-1.”
A couple of other Bombers delivered a big-time play when Scotty Bussell faked a a shot and worked the puck to Connor Cottengim, who put it top shelf for a 1-0 lead early in the first period.
Midway through the second period, Beverly netted the equalizer.
Officials waved off an early third period goal from Westfield, ruling that the puck never crossed the goal line.
“We thought the puck went into the goal and came out … but (the officials) didn’t see it that way,” coach Matthews said. “That momentum really would’ve helped. That would’ve been a big, big break for us. That would’ve turned the tide.”
Westfield (12-2-2) returns to action Feb. 9 against Marblehead at Amelia Park Arena.