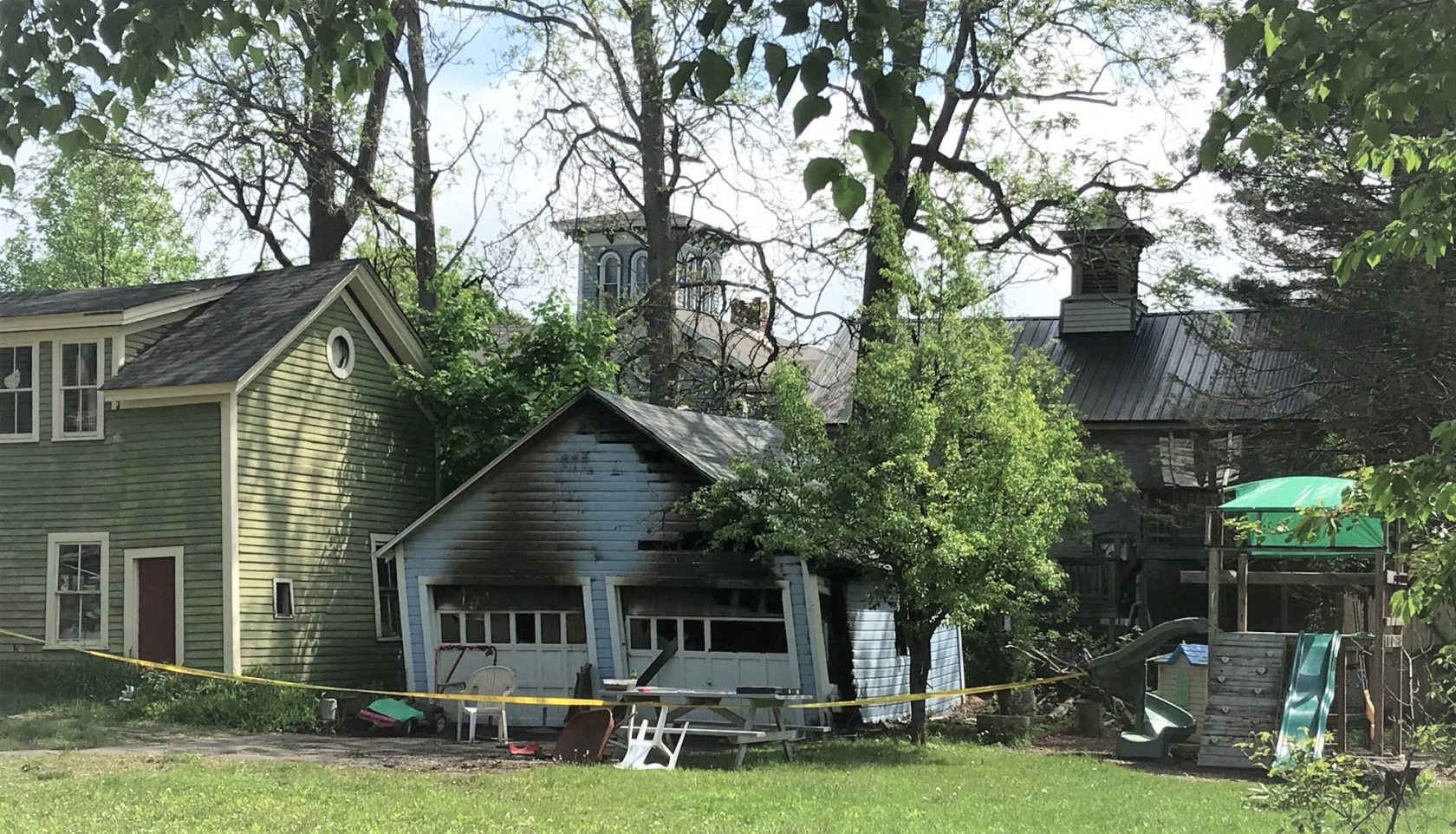 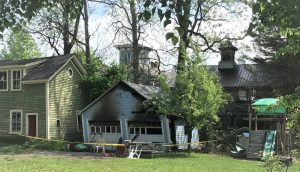 This garage at 24 Noble Ave. is a total loss after a fire broke out May 19. The blaze is under investigation. (Hope E. Tremblay Photo)

WESTFIELD- A fire broke out Sunday evening at a Noble Avenue residence that resulted in the total loss of one structure but no injuries or loss of life.

The garage located at 24 Noble Ave. caught fire Sunday just before 8 p.m., according to Deputy Fire Chief Andy Hart. Engines three, four, five, and the fire tower responded and arrived a short time later to battle the blaze. The crews were able to keep the fire confined to the garage, keeping the nearby house and a second garage free of damage, as well as a playscape and a neighbor’s garage.

Hart said that they could not give an approximate dollar amount in damages at this time. The  State Fire Marshal’s Office was called to investigate and determine a cause. Hart noted that, while the cause of the blaze is still being investigated, it is not considered suspicious.

State Fire Marshal’s Office spokesperson, Jennifer Mieth, said that the fire was accidental. She said it was caused when a barrel, which had recently been used for burning, was placed next to the garage.