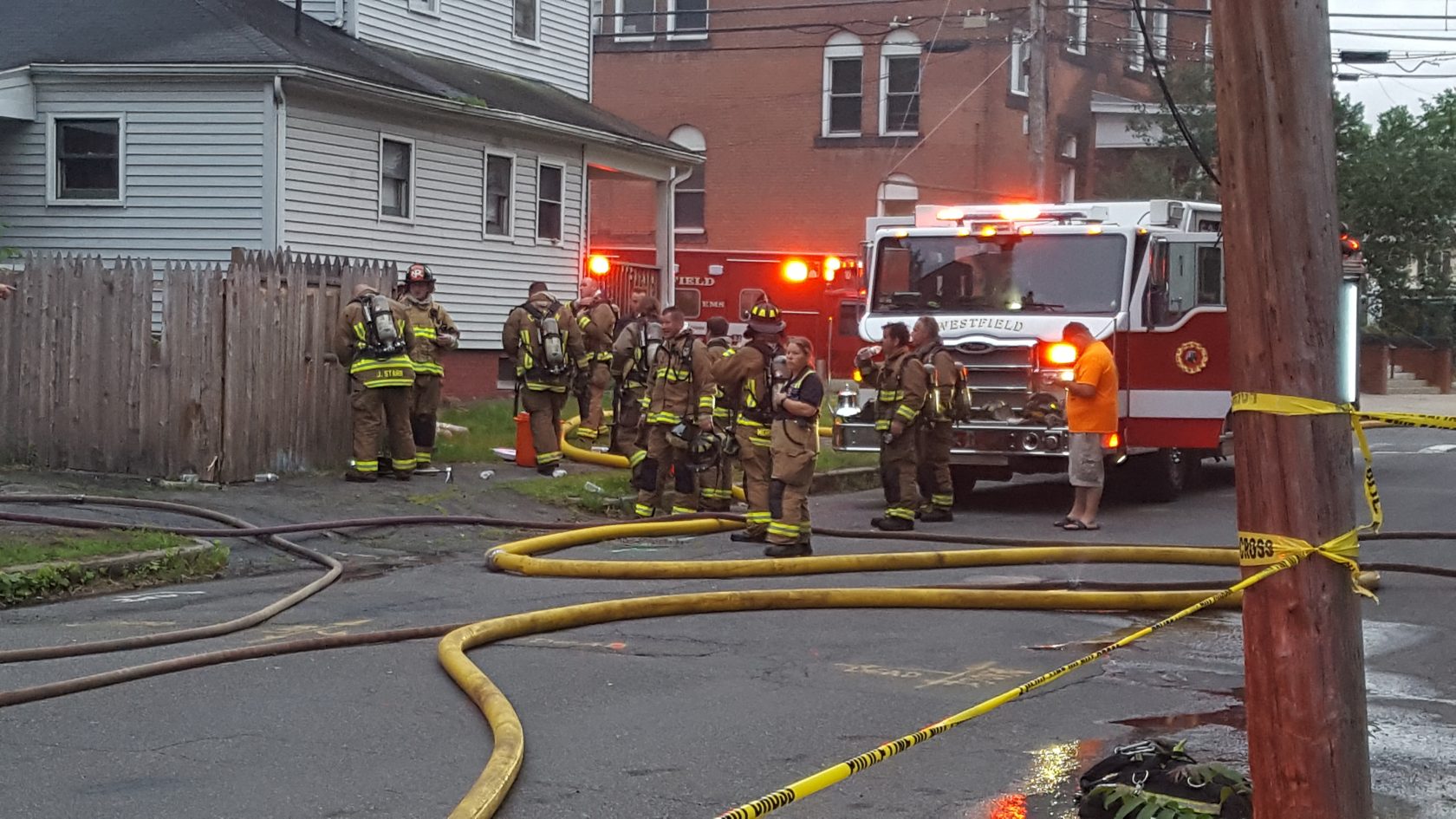 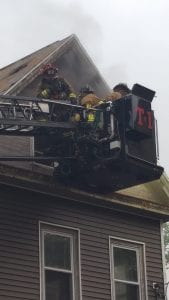 Three firefighters went up on one of their ladders to spray their fire hose through the attic window. This picture was taken one hour after the fire had started and smoke can still be seen billowing out of the window. (Photo by Peter Currier)

The fire severely damaged what appeared to be a two-story residence. An exact dollar amount of the damages is unable to be confirmed at this time. Deputy Chief Eric Bishop said the Westfield Fire Department received mutual aid from the Holyoke Fire Department. They also received station and ambulance coverage from the Agawam, Southampton, Southwick, and West Springfield fire departments.. 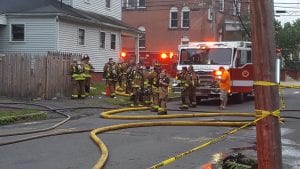 Fire crews on the scene of the fire with their full gear and oxygen tanks. (Photo by Peter Currier)

Fire Chief Patrick Egloff said there was no one in the building when the fire started. The call for the fire went out while the Fire Commission was interviewing candidates for two captain positions. At least one of the candidates requested permission to leave to help battle the fire, but Egloff said they had enough firefighters on the scene already.

A crew could be seen on the ladder spraying water into a window on the top floor of the building while dark smoke billowed out. The street below was blocked off by caution tape and emergency vehicles while neighbors looked on. On one side of the building, the side paneling had been melted off. Fire crews remained on scene until 10:49 p.m., when they had successfully eliminated all flames and hotspots.

Egloff said the building was completely vacant at the time of the fire because it is typically occupied by college students, who are away for the summer. He added that it is believed the fire started on the bottom floor and moved up, damaging each floor of the house significantly. Egloff described the building as a “balloon frame construction,” meaning that a two-by-four piece of wood runs from the bottom floor to the top. This allows a fire such as this one to quickly move up the house.

“These are difficult fires to fight because of that,” said Egloff.

The cause of the fire is still being investigated by the State Fire Marshal’s Office. Egloff said he estimates the fire did around $100,000 in damages, although that number may change when the insurance company has a chance to review it.