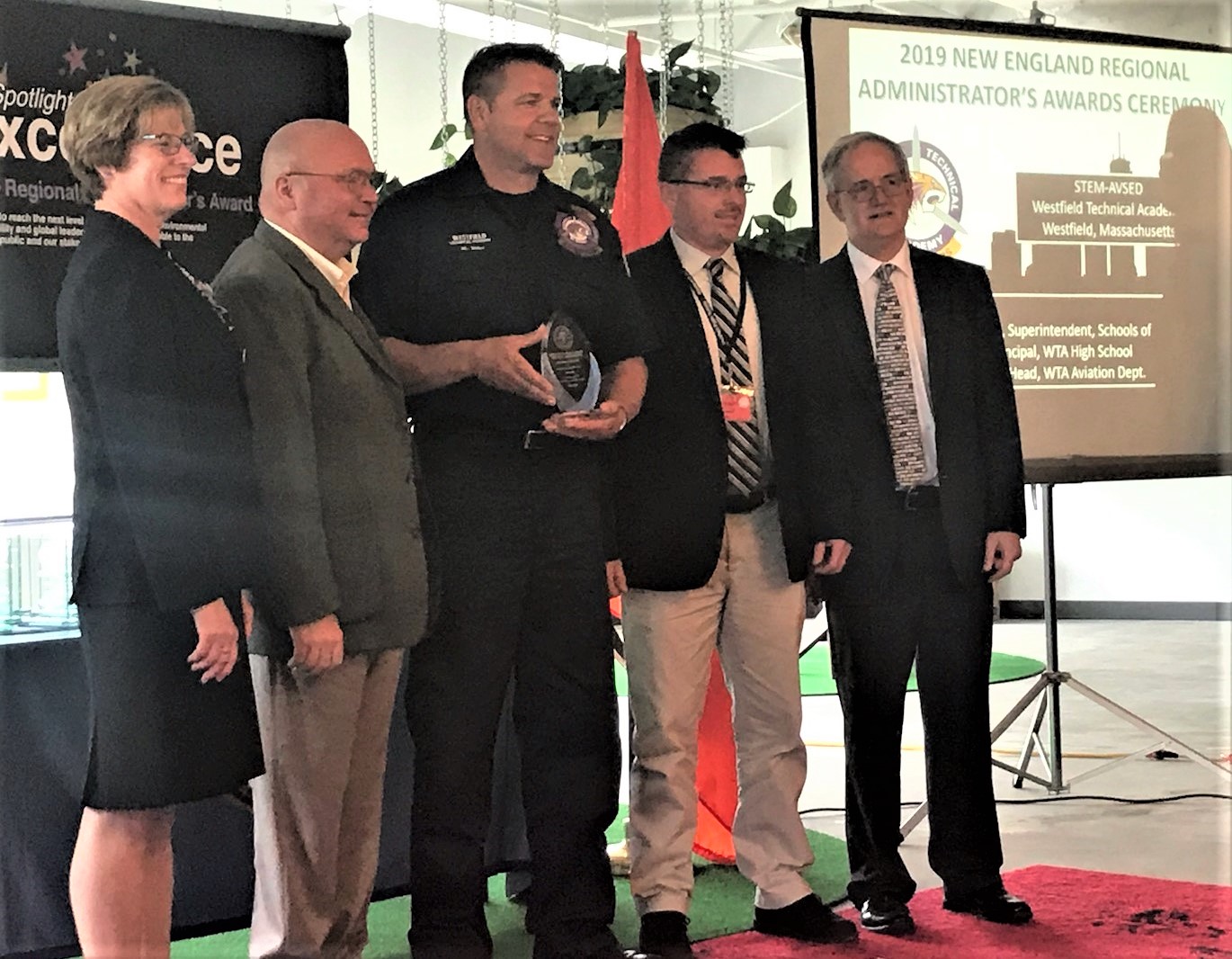 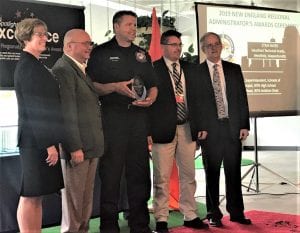 WESTFIELD – Accolades keep coming for Westfield Technical Academy’s Aviation Maintenance Technology program, which graduated its first cohort of seniors on June 6.
On June 11, Superintendent Stefan Czaporowski, WTA Principal Joseph Langone, AMT Department Head Galen Wilson and a group of AMT undergraduates were invited to the Federal Aviation Administration’s New England Regional Administrator’s 2019 Award Ceremony at their headquarters in Burlington, where the program was honored with the 2019 STEM Aviation and Space Education Award.
“Congratulations to Westfield Technical Academy’s Aviation Maintenance Technology Program for receiving the Federal Aviation Administration’s (FAA) 2019 STEM Aviation and Space Education (AVSED) Award for the New England Region,” Czaporowski said following the event.
The Federal Aviation Administration’s (FAA) STEM Aviation and Space Education (AVSED) Outreach Program has been around for over 57 years, according to Wilson.
“This award recognizes teaching institutions that prepare and inspire the next generation of skilled professionals for the aviation/aerospace communities, using science, technology, engineering and math (STEM) based programs,” he said.
In presenting the award during the ceremony, FAA Acting Deputy Administrator Carl Burleson of Washington, D.C. noted that WTA is the only FAA certified high school in New England, and applauded the hard work that went into the program.
He also spoke about the importance of training students in the aviation industry, with predictions of a 650,000 person shortage in technicians and pilots by 2030, when technology advances may include flying cars, Wilson said. 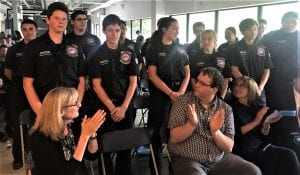 Burleson congratulated the students on their selection into the program, and told them how sharp and mature they looked in their uniforms. He then asked the students to stand and be recognized, and the audience gave them a hearty applause.
“It was evident that the audience was impressed,” Wilson said.
Prior to the ceremony the students had lunch with the FAA deputy administrator and a few of his staff members. Burleson had each student introduce themselves and tell him why they picked aviation. After the introductions he opened it up to questions.
“The kids enjoyed the luncheon – Great pizza!” Wilson said.
Czaporowski said the lunch was a great opportunity for the students to talk about their careers and learn more about aviation.