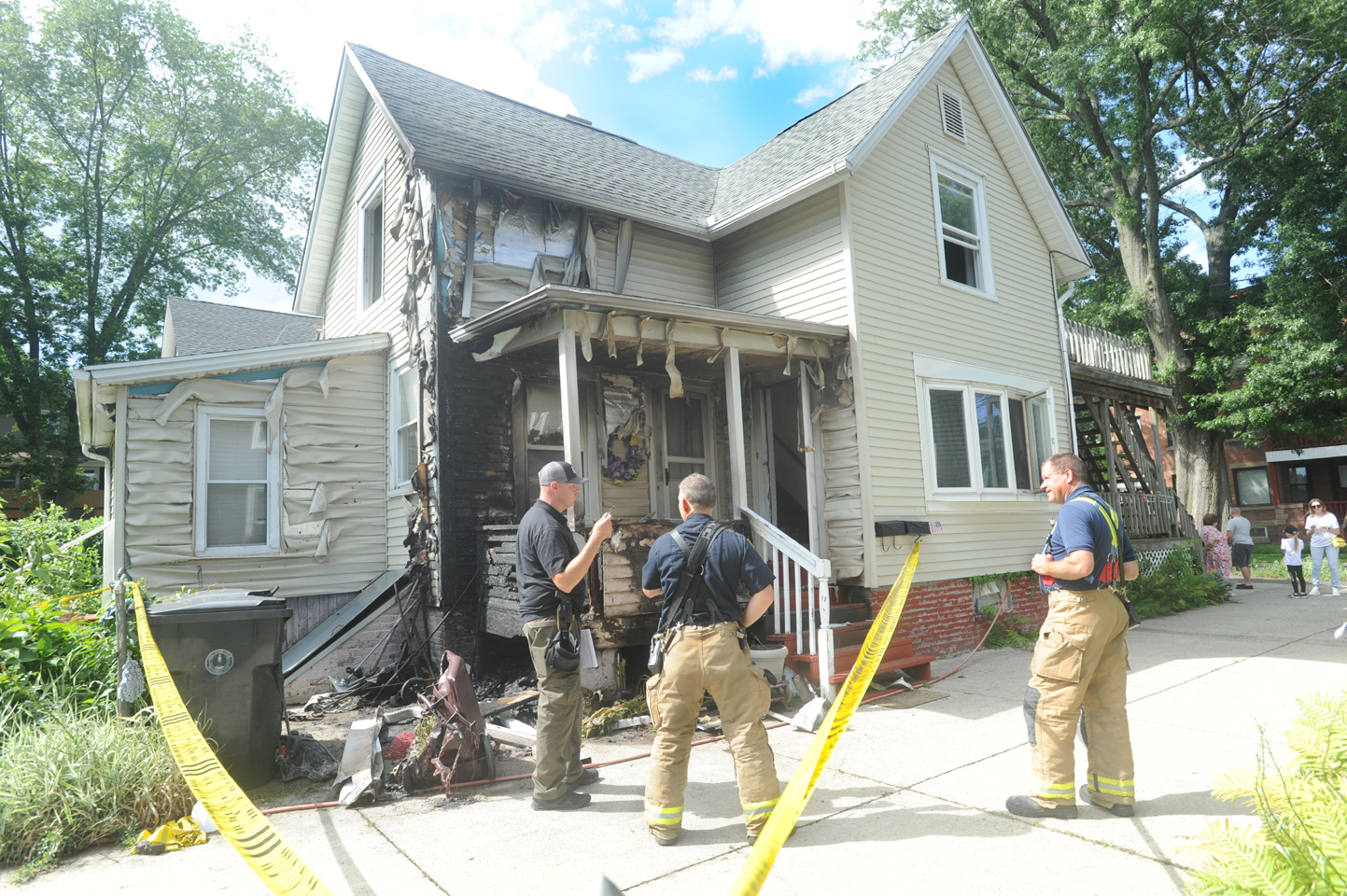 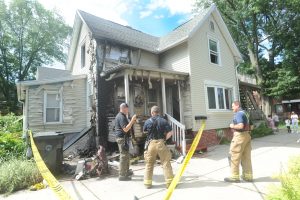 State Trooper Patrick Clayton of the Massachusetts Fire Marshal’s Office talks with Westfield Fire Capt. Keith Supinski and Firefighter Scott Bullock on Aug. 2 as they view the charred and damaged rear of the house at 8 Parker Ave., Westfield. (PHOTO BY CARL E. HARTDEGEN)

At about 2 p.m. on Aug. 2, Westfield firefighters returning to Station 3 from training observed smoke in the area of Parker Avenue. As they investigated, they saw smoke and flames from the rear of 8 Parker Ave., a residence. Engine Company 3 was able to extinguish the fire, which had spread to the rear of the structure near an exterior porch.

“The Westfield Fire Department was in the right place at the right time to knock this fire down quickly, but an engine company won’t always be passing by,” said Egloff. “It’s much safer to prevent a fire in the first place by being careful to extinguish smoking materials completely before you dispose of them.”

The Aug. 2 fire on Parker Avenue was jointly investigated by the Westfield Fire Department, Westfield Police Department, and the State Police Fire and Explosion Investigation Unit assigned to the State Fire Marshal’s Office, who found no evidence of foul play. Based on interviews, burn patterns and other evidence, investigators determined that the fire was accidental and caused by the improper disposal of smoking materials into an outdoor trash can, where they ignited combustible items inside.

“Smoking caused more fatal fires last year than all other known causes combined,” said Ostroskey. “The safest, healthiest step is to quit. But if you must smoke, do it responsibly and use a heavy ashtray or can with water or sand.  Put it out. All the way. Every time.”

Officials offered a reminder that fires caused by smoking can smolder for long periods of time before igniting, whether indoors in a bed or sofa or outdoors in a trash can, planter, or pile of mulch. For more smoking safety tips, visit www.mass.gov/service-details/smoking-fire-safety.