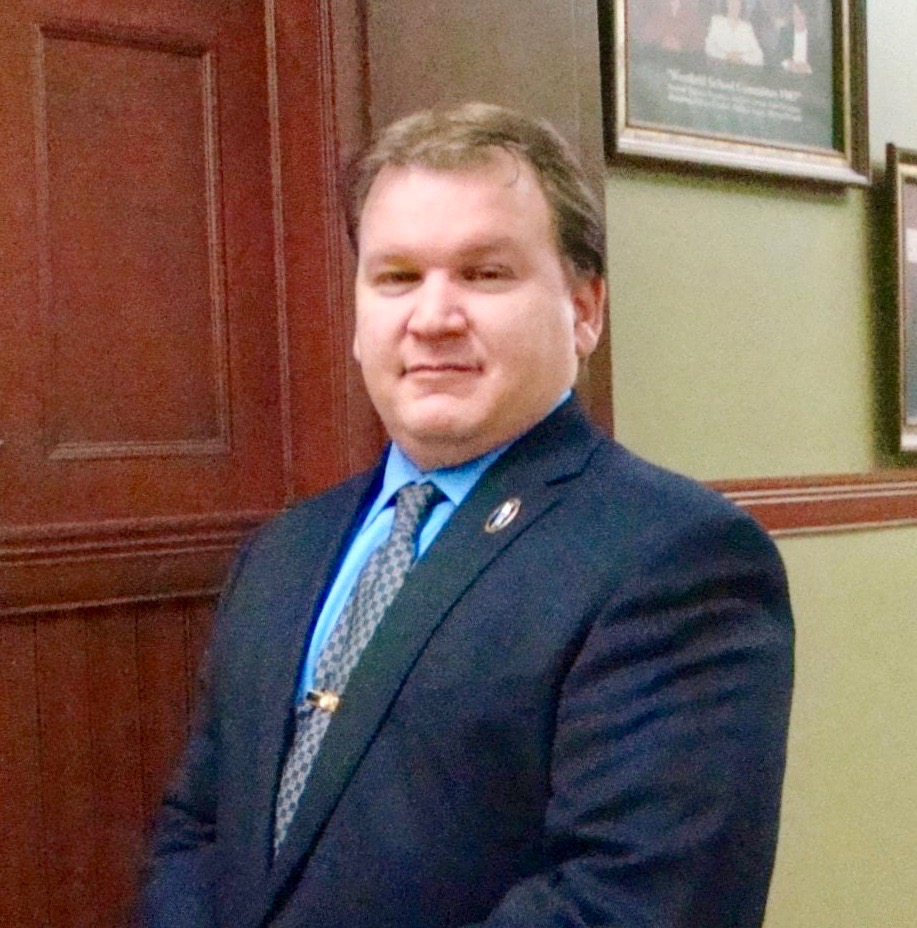 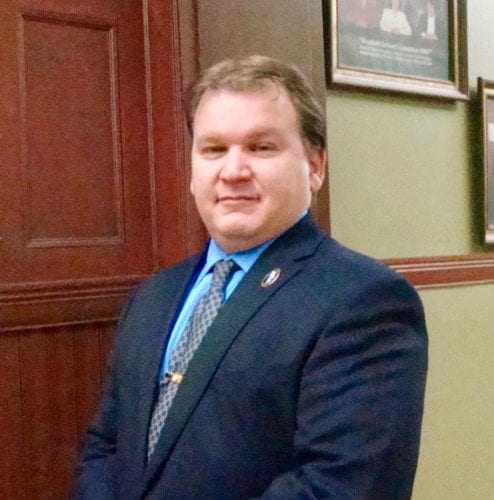 NRCS Project Manager Jim Lyons said at the start of the hearing that the dam is in need of rehabilitation. “However, that does not mean that the dam is unsafe. It is safe,” he said, adding that it does not meet current state and federal safety and performance standards and has exceeded its 50-year life span. Also speaking to the project were engineers from Aterra Solutions and Schnabel Engineering.

The dam was constructed in 1965 and is 55 years old. It is considered a high hazard structure because of the consequences to human life and infrastructure if it were to fail.

Deficiencies identified in the process include the danger of overtopping, an auxiliary spillway that does not have adequate capacity, erosion, an embankment that needs replacing, and inadequate sediment storage for another 50 years.

Four alternatives were studied for rehabilitation, including having the city rehabilitate the dam on its own, which would be the most costly. Alternative two was selected by the city and NCRS as the preferred design for the project. The purpose is to bring the dam up to safety and performance standards, and have it last for another 50 years.

All of the alternatives and analyses were presented on a powerpoint that will be posted in the city’s website. The public hearing in its entirety is also posted on the Channel 15 page, under most recent programming.

The total project cost for alternative two, including design and planning, will be approximately $7.7 million dollars, with the city responsible for $2.1 million of that cost. Cressotti said the city share can be paid in part through in-kind work.

The main features of the selected design include raising the top of the embankment by two feet, and adding a labyrinth weir to handle flood flows. One acre of impervious surface will be added with concrete features. The dam will be reverted to a dry dam, its original design, and a small pool created from sediment buildup reverted back to a stream. A pond drain gate will be replaced, and sediment and debris removed.

While vegetation will be disturbed and some trees may be cleared during construction, the NCRS engineers said they would replace and replant according to best management practices. They will also consult with the Army Corps of Engineers, Mass Fish and Wildlife, Natural Heritage, and the Massachusetts Department of Environmental Protection among others during construction.

There is one federally protected species in the project area, the northern long-eared bat. Construction is not allowed to take place during its breeding season from April to September, according to the NCRS.

There will also be an increase of 300 feet on a walking path at the dam as part of the design. Cressotti said the pathway will connect to a longer multi-purpose trail being planned for the future.

The initial draft plan of the project will go to NCRS in early December, for a technical review to be completed in February. Two more drafts will be completed the following six months, and a final plan completed by August of 2021. After that plan is completed, the city will make the formal request for funding to the NCRS, in order to proceed to design and construction.

“There are definitely benefits for recreation that will come out of this project and it ties in with a lot of the ongoing projects we have in the city,” Giguere said at the end of the presentation.

“The flood control aspect can’t be discounted and shouldn’t be ignored. It’s a public safety matter. It affects people’s lives, businesses, and infrastructure costs. A lot of infrastructure regarding flood control in the city wasn’t maintained for a long time. We are making great strides in getting the flood control infrastructure where it needs to be. There’s a lot of things to factor into this. Unfortunately we don’t acknowledge these things until we need them, and if they don’t work, that’s a major problem,” Giguere added.