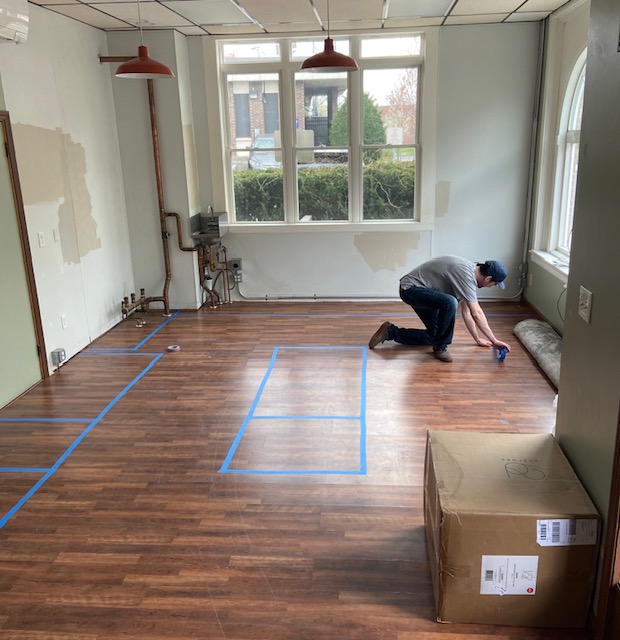 WESTFIELD-Rebecca Hart is taking a “leap of faith” despite a “damper” on the timeline to begin using a food truck early this summer to bring nutritious food to neighborhoods and to use as a fundraising tool.

“Our food truck has been recalled,” said Hart, who serves as executive director of the Westfield Food Pantry. “A part we need is held up because of COVID and also one of our grants is delayed.” 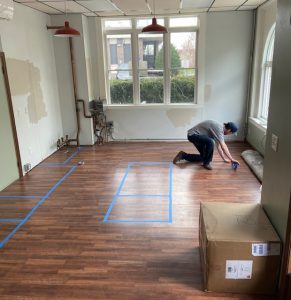 Hart noted due to local and state regulations, a commercial kitchen is needed before the food truck operation begins. The new site chosen for the commercial kitchen, as well as an office for Hart and a small conference room, will be located at 62 School St., the former home for decades of The Westfield News.

“Our landlord, Saloomey Construction, extensively renovated the space we need and has been very generous in the rent they are charging us which allows us to move there,” said Hart.

Hart noted that once the COVID-19 pandemic hit in early 2020, it was necessary to close the “little office” she had on Meadow Street.

“We are retaining the 101 Meadow St. location as the pantry,” she added.

Hart said the School Street commercial kitchen will only be used for meal and food preparation for the food truck.

“We are still doing home delivery of food pantry items to individuals and families in need, and our hope is to resume using the pantry space on Meadow Street for clients to come in this fall,” she said.

“The game changer was the stimulus,” said Hart, noting “March and April requests were lower than ever in the past 10 years. I feel like it is a false representation because so much stimulus money was given.”

As Hart and her board of directors start to fine-tune their plans for the food truck once it is available, they are also receiving extra help from graduate students at Northeastern University.

“We have a fun partnership with graduate students who are focusing on ways we can sublet the food truck, the legal aspects of that idea, and how the truck can be an asset to the Westfield community,” said Hart, noting she was selected to participate in the university’s program. 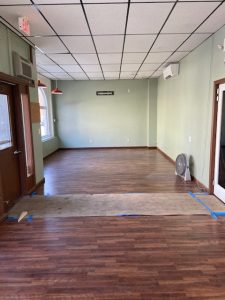 Additionally, in the coming months, two board members will also be working with Hart on ways to promote the food truck and conduct fundraisers around the new endeavor.

“We also have a wish list on Amazon that allows the public to purchase an item and it can be shipped directly to us with price points from $4 to $100,” said Hart. “Any items purchased for the food truck and prep kitchen will save us on expenses that will be forthcoming.”

Hart added there has been “a lot of interest” for some time in having a community kitchen.

“This whole project is a leap of faith,” said Hart, adding fundraising plans will be announced soon.