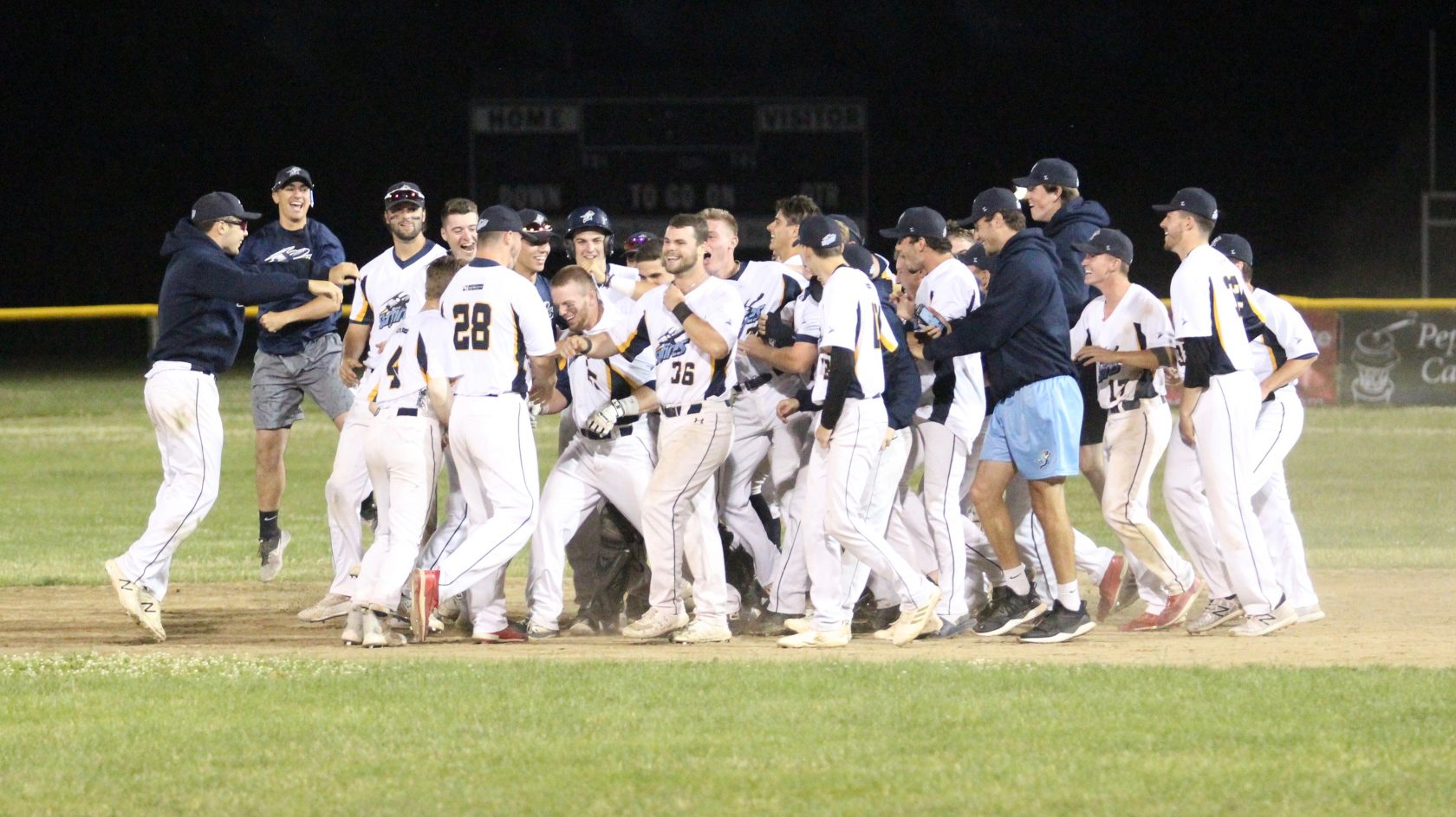 WESTFIELD – A trio of former Westfield High baseball players provided a little Bullens Field magic for the local Futures Collegiate Baseball League team on Saturday night, propelling the Westfield Starfires to a 10–9 walk-off win over the Bristol Blues.
Anthony Clark drove in former Westfield High teammate Sean Moorhouse in the bottom of the ninth to wipe out a seven-run deficit and complete the victory.
Sean Murphy, another former Bomber, had a single and RBI in the latter stages of the game to bring the Starfires within reach. 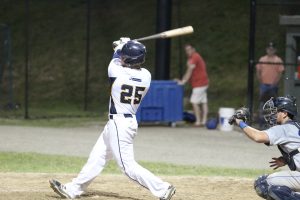 Anthony Clark swings away for the Westfield Starfires. (Photo by Jeff Hockenberry)

Moorhouse was 1-for-1 with two RBI and two runs scored after coming in to the game in the seventh inning.
The Starfires failed to put any runs up on the board for four innings, while the Blues earned five in that short time. It seemed as though the outcome of the game had been decided early on due to a lack of offensive production on the Starfires end.
Everything changed as Westfield found a second wind in the eighth inning. Bristol walked a batter and committed a crucial error to put a handful of Starfires in scoring position. A total of three runs were scored to lessen the deficit to 9–5 heading into the ninth.
Starfires’ shortstop Elijah Dale stepped up to the plate in the last inning, but instead of his usual walkup song, the St. Louis, MO native heard the win song of the St. Louis Blues coming through the speakers. It was a last chance attempt by the press box to change the outcome of the game, and it just might have worked.
Dale advanced to first base on a walk, who was then replaced by pinch runner Aidan Dunn. Dunn and Angelo D’Acunto later scored after a hard hit double from Sean Murphy. A walk, a few more hits and a crucial error by the Bristol Blues led the Starfires within one run as Anthony Clark strode up to the batter’s box.
With the winning run patiently waiting on third base, Clark hit a single to bring Moorhouse across home plate to win it for the Starfires after a long and intense battle.
Clark stated that despite the situation he was in, he did not feel nervous during the at-bat.
“It was a high pressure situation,” Clark said. “But I still felt comfortable to put the bat on the ball and make something happen.”
Clark said that the team did not put their heads down at any point during the game and credits the positive mentality as the key to the victory.
“No one gave up. Even when we were down by seven runs at one point, no one thought we were losing,” Clark said. “Everyone was in it the entire time and you could tell everyone thought we had a chance to win.”
The Westfield Starfires lost to the North Shore Navigators on Sunday, 14-2. – Courtesy of Audrey Gamble/Westfield Starfires 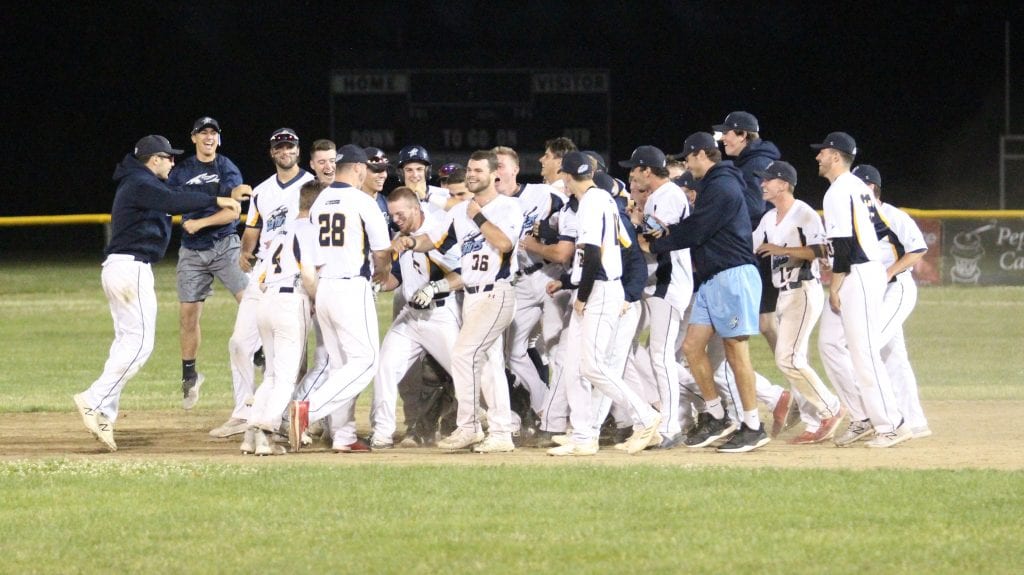