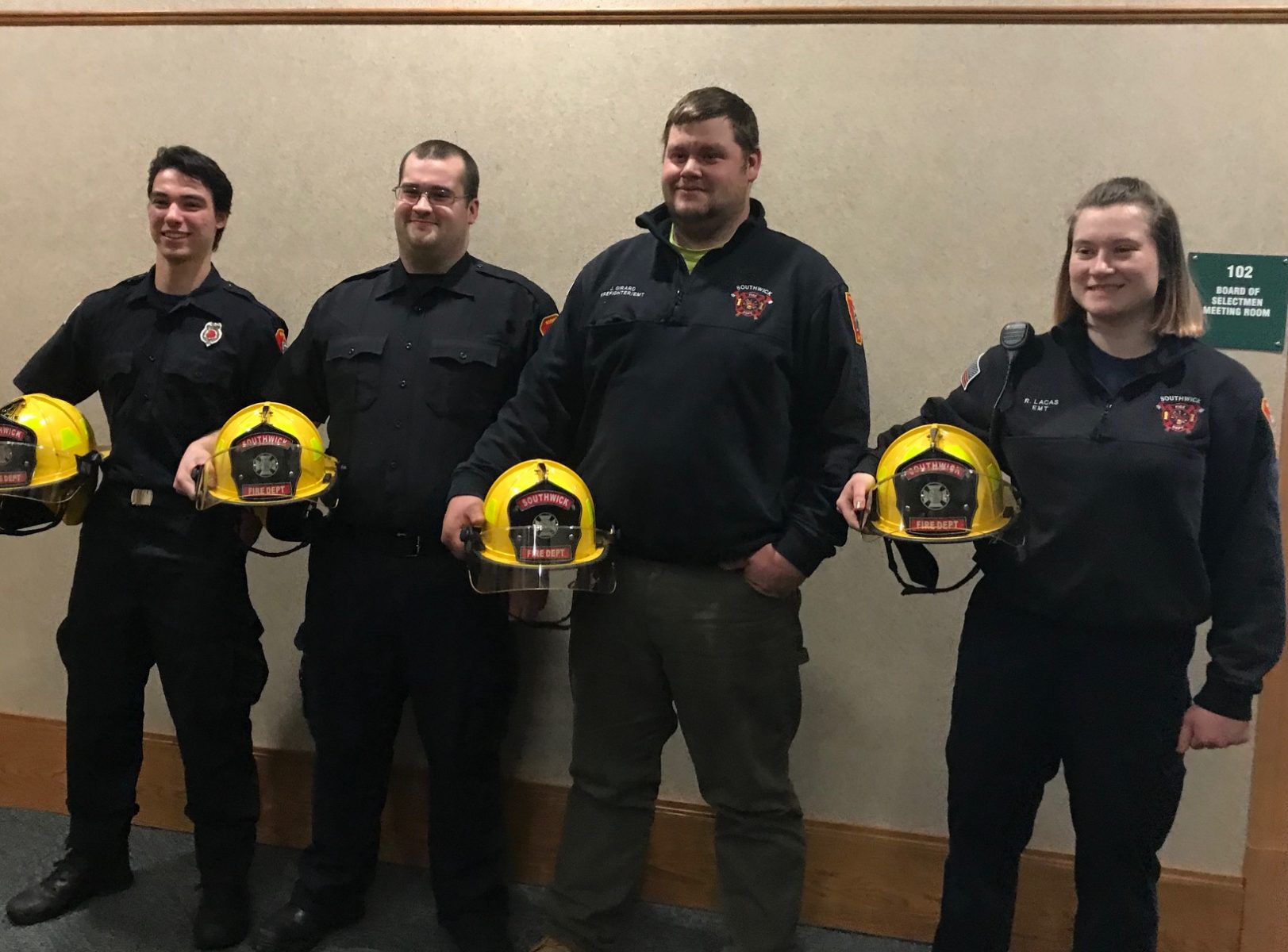 SOUTHWICK – Four members of the Southwick Fire Department were recognized at Tuesday night’s Select Board meeting. Shane Hope, Josh Girard, Anthony Caracciolo, and Rosie Lacas were congratulated for graduating from the Massachusetts Fire Academy in Springfield.

The four-month academy, which consisted of over 230 hours of training, gave the four individuals both the firefighter 1 and firefighter 2 certifications.

Besides getting the certifications, the four members of the Southwick Fire Department are now considered interior firefighters, which means that not only are they on the call force but they can now step into a home or a building in the event of a fire.

Prior to graduating from the academy, Hope, Girard, Caracciolo, and Lacas were on the call force but weren’t able to take part in an interior fire.

The Massachusetts Fire Academy trains fire personnel throughout the commonwealth free of charge to cities and towns. The training takes places at both the Stow and Springfield campuses, and as well as local fire departments.