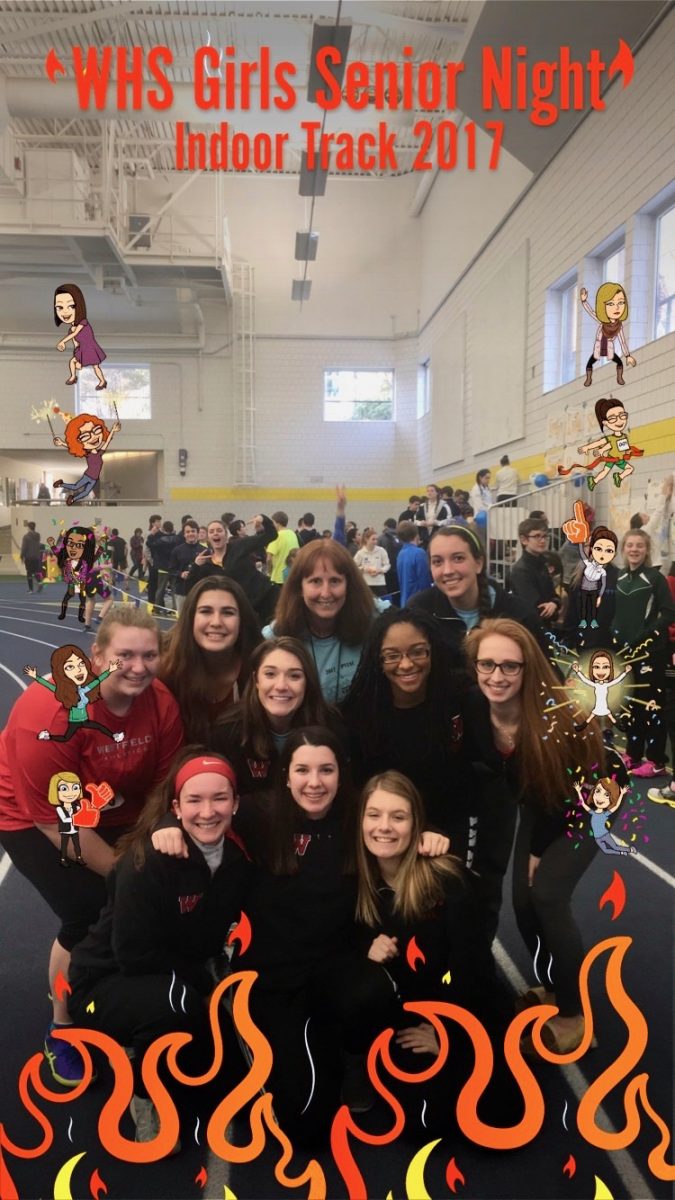 NORTHAMPTON – The Westfield High School girls’ track and field team picked up a pair of wins on Senior Night Friday to cap off a 9-3 regular season, but more importantly an undefeated 6-0 run in the Pioneer South Division for its fourth straight league title.
Westfield closed out the regular season with a 94-1 rout of Sci-Tech and 63-32 win over Minnechaug Friday night at Smith College.
“This girls’ team is loaded with talent and I am so excited for the postseason championship meets,” Westfield girls’ track and field coach Linda Rowbotham said. “It’s time for their hard work to pay off.”
Two Westfield athletes won their entire early session events – senior captain Mackenzie Chaban (55 hurdles, career best 9.51) and junior captain Moira McDonald (300 meters, 43.44). 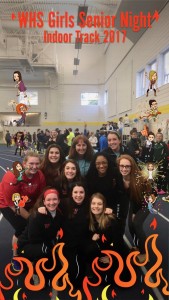 McDonald was also second in the 55 meter dash, just being edged out at the finish.
Also, Westfield’s Amanda Hall came in second in the shot put for the entire session and qualified for states with a 31-foot, 9.5-inch throw. Senior captain Julie Guarente was third in the high jump for the entire session, a season best 4 feet, 5 inches, as was the Bombers’ 4×200 relay team of Bianca Hiltz, McDonald, Aliya Yacteen, and Gigi Katsounakis, a season best 1:54.30.
Westfield will take its “game” to the next level when it competes in the track and field championships Friday at Smith College.