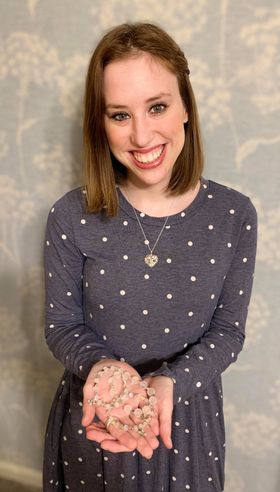 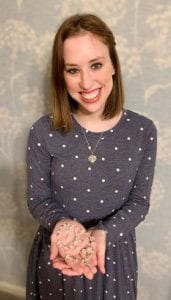 Emilea Gartrell is a former student who had Pescitelli as a teacher in high school in Enfield, Conn. She graduated in 2011 and remembers Pescitelli fondly.

“I want to help Mr. Pescitelli because he’s an educator that has had a lasting impact on me,” she said. “I was never good at math, but his classroom always felt like home.”

“He always met us with a kind smile — I knew I was valued, cared about, and believed in. Every one of his students is,” she said. “Mr. P. is one of those special people that makes everybody feel like a somebody. If there is an opportunity to help someone or a cause, he is there.”

Gartrell wanted to help when she heard about Pescitelli’s surgery and began making and selling bracelets.

The bracelets include a ribbon of hope as well as beads representing Lung Cancer Awareness (white) “and the light Mr. Pescitelli brings to all who know him.”

Gartrell said 100% of the proceeds go to Pescitelli and his family. Bracelets are $10 each and $3 for shipping. Gartrell accepts Venmo to emilea-alice, as well as PayPal/cash/check.

“I will get them to you either by mail or local mailbox drop off,” she said.  We need each other now more than ever . . . every little bit helps.”

Gartrel can also be reached via her Facebook page Small Things with Great Love Bracelets.

“He is one of the most compassionate, genuine people I’ve ever met – the definition of a truly good person who always goes above