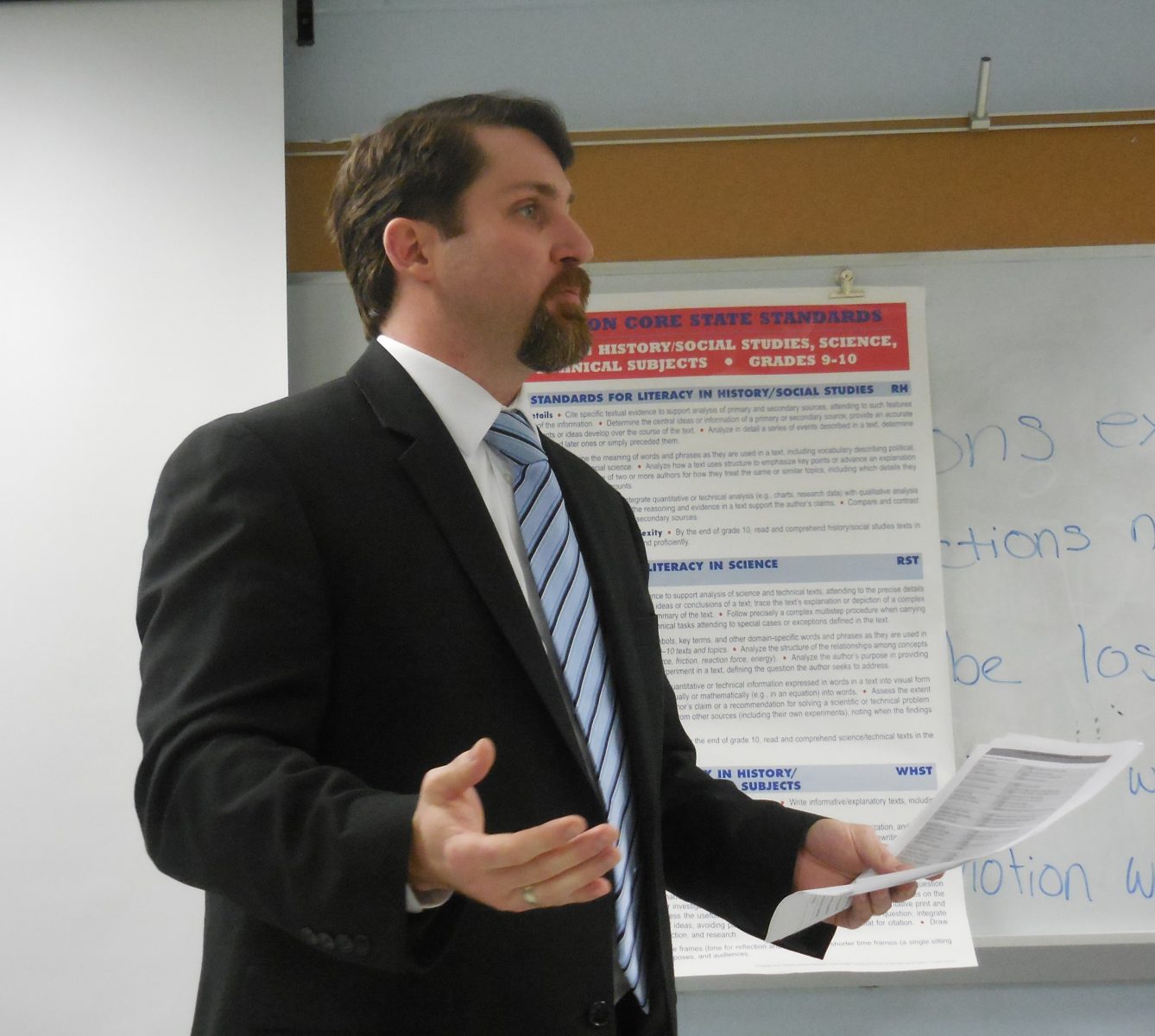 HUNTINGTON – One week prior to the Gateway Regional FY17 budget hearing scheduled for 7 p.m. Wednesday, March 2 at the Performing Arts Center, the School Committee and town representatives are still at odds on where and whether further cuts need to be made.
During public comments at the start of Wednesday’s School Committee meeting, Huntington Finance Committee chair Darlene McVeigh read a letter, signed by the Huntington Select Board, asking that the school keep assessments to the towns at last year’s levels. McVeigh said the Select Boards of Chester and Blandford are in agreement with the request.
Gateway Superintendent Dr. David B. Hopson, during the budget portion of the meeting, said the school would need to make another $200,000 to $300,000 in cuts to meet that request. The current FY17 budget has been reduced by $426,534 over last year.
Hopson said over the last ten years, the district has decreased its budget by 8.6 percent, while the towns have increased theirs by 2.3 percent, according to Department of Revenue figures.
He said the administrative staff has also been cut by $330,000 over that time, adding that as staff is cut, duties don’t get smaller, they just get spread out.
“At what point are administrators not able to do their job?” Hopson asked.
He also said the Governor’s budget is not the budget the school will end up with, and that it’s too early to decide.
“We may not know before town meetings, but the House and Senate will probably increase the budget,” he said.
Gateway High School Principal Jason Finnie spoke about the impact to the junior high and high school programs if further cuts need to be made. Finnie said that there are three main arguments against making further cuts due to small classes, which had been raised as one option at another meeting. Finnie said some of the smaller classes are for electives and advanced placement, which allow Gateway to be competitive. Other smaller classes are for remediation in math and English language arts, to allow teachers to use different texts. The third reason for small classes is schedule flexibility, which he said has improved with a new seven-block schedule.
“We’ve made some steps forward,” Finnie said. “To further cuts, it’s going to be taking two steps back.”
Elementary School Principal Megan Coburn agreed that there was no more room to cut. She said there is only one special education teacher in each of the elementary schools, and if they lose one, the children will go out of district. All of the special teachers she has are required. The only other option would be to increase class sizes, which at an average of 18 students is a big draw for the school district.
Chester School Committee member Shirley Winer said that the towns need to attract people.
“We’re losing population,” Winer said. “There are two things to stop that. One is broadband, the other is our schools.”
“If you’re devaluing your schools, you’re devaluing your towns,” said Middlefield School Committee member Sarah Foley.
Hopson said in the past 29 years that he’s been involved with the Gateway district, first as a member of the School Committee than as superintendent, he didn’t recall many years when the towns had been happy.
“You can make the budget work for two or three years, and make the towns happy,” he said. “In those two or three years, are they going to do things to raise more money? If they don’t, you’ll have a situation where the towns won’t have any money, and the school won’t have any more money.”
“Roads need to be maintained. There are more houses. We still need to maintain a fire department,” said McVeigh. “You make the comment do we value the schools. We do value this school district. How much do you value town employees?”
“I understand what you’re doing, but you’re asking us to cut,” said Blandford Selectman Bill Levakis. He said the town’s fire department is a garage with equipment over 30 years old, adding that it is going to be condemned like the highway department building was.
“We have more roads than Westfield in our town,” Levakis said. “I understand you have to fund the school. I understand education is very important. We have to keep the town going. It’s our job.”
“This is not an easy situation for the towns or the schools,” Hopson said. “It’s not that the school budget is growing, because it’s not. What’s not grown is revenue from the state.”
Gateway Business Manager Stephanie Fisk said Gateway is asking for 85 percent regional transportation reimbursement from the state, not 100 perceny as originally promised to regional districts. She urged everybody to join in making that request.
In other business, the School Committee approved a Request for Proposal (RFP) for a consultant to help move the district forward, a requirement made by the Department of Elementary and Secondary Education (DESE) when they took over the district in December after the towns failed to vote for a budget.
The School Committee also voted in an executive session earlier in the meeting, and then again unanimously in open session, to appeal the ruling by the Hampshire County District Court to dismiss the suit against Worthington’s withdrawal.