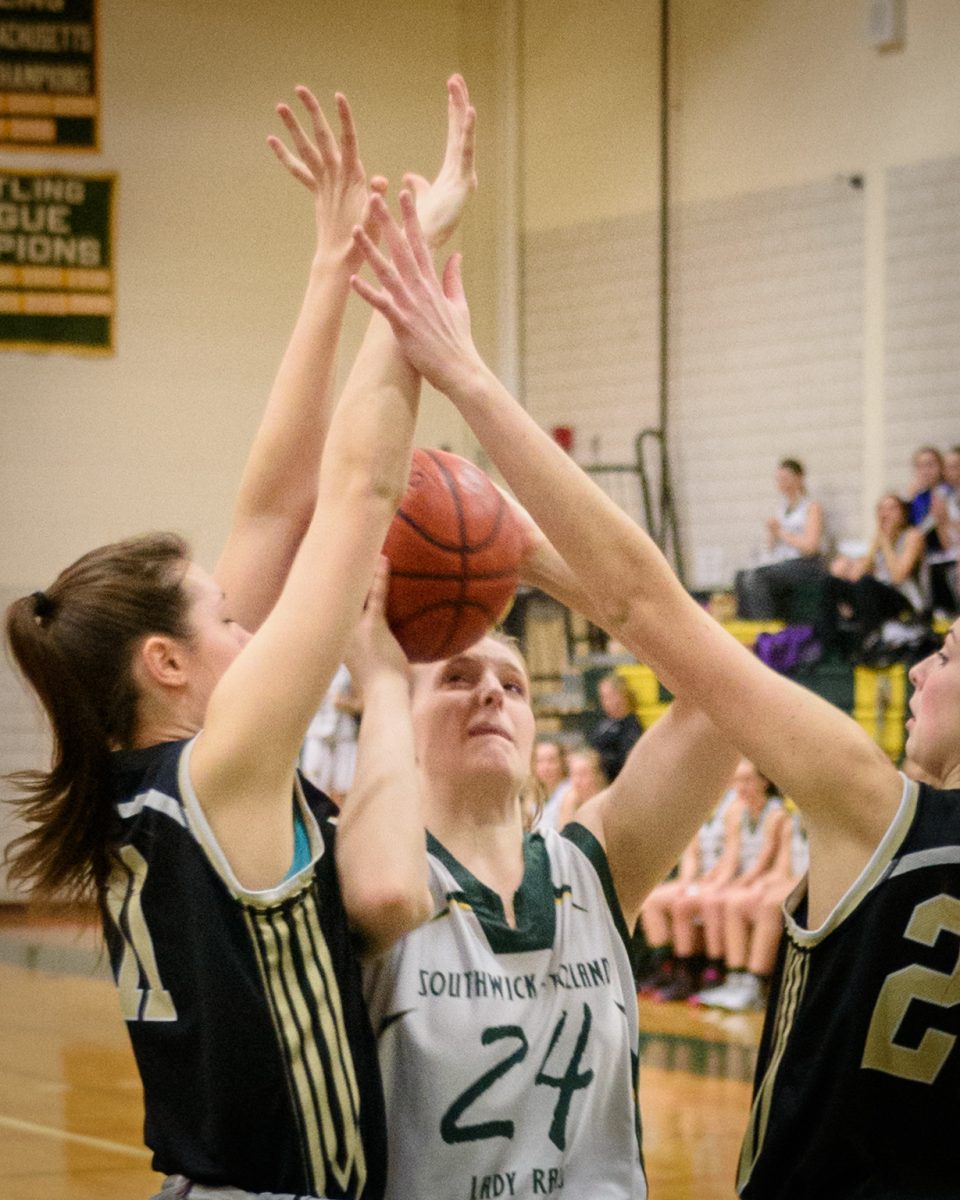 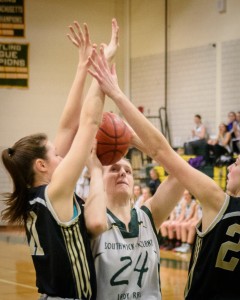 Southwick’s McKinley White (24) attempts to fight through a forest of arms in a recent high school girls’ basketball game. White and the Rams finished the regular season on a high note Thursday against Ware. (File Photo by Marc St. Onge)

SOUTHWICK – The Southwick High School girls’ basketball team closed out the 2015-16 regular season on a high note.
Southwick avenged its only league loss, defeating visiting Ware 58-33 Wednesday night to finish the season 15-5 overall, 5-1 league. The win guaranteed the Rams of at least a share of the league title.
McKinley White recorded a double-double (14 points, 14 rebounds), and seniors Ashley Shea, Katelyn Sylvia, and Haley Parker shined on senior night.
“All-around for the girls, it was a good way to end the regular season,” Southwick coach Mike Gill said.
It was a big turnaround for Southwick, which lost to Ware in the two teams’ first meeting of the season, a five-point loss for the Rams.
“We qualified for the tournament, we won on senior night, and we tied for first in the league,” Gill said. “Those were three of our goals. The (girls) are all really happy tonight.”
Southwick can win still win the outright league championship if the pieces fall the right way on the season’s final day Thursday. The Rams next goal: to win a tournament game.