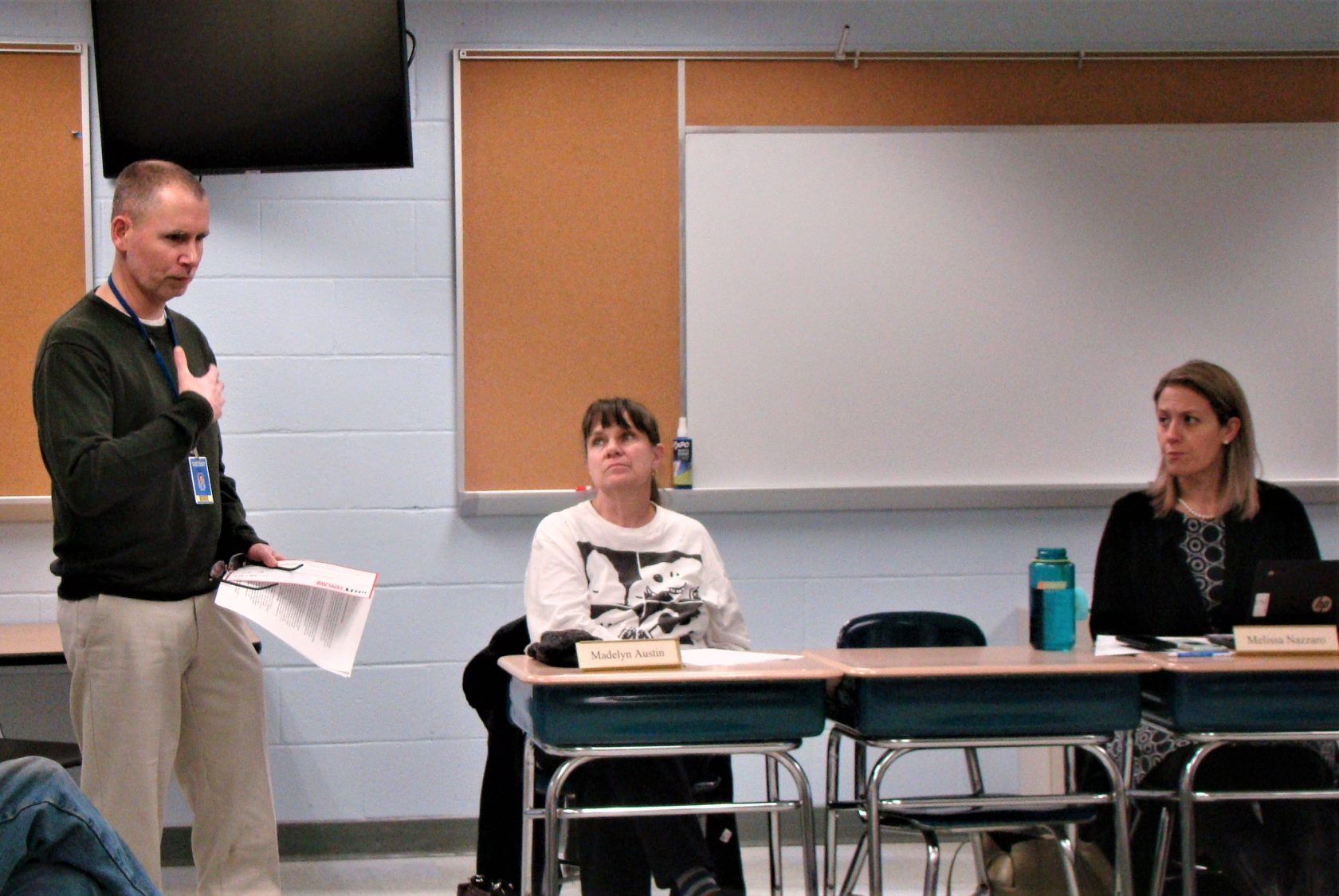 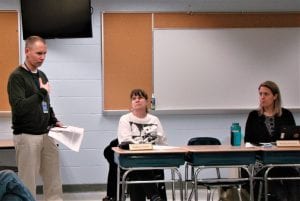 HUNTINGTON – At Wednesday’s School Committee meeting, Gateway Education Association president James Duggan asked the school committee to support a resolution urging legislators to create a new foundation budget. Duggan has taught history and social studies at the school since 1996, and is advisor to the National Honor Society.
Duggan said the Massachusetts Education Reform Act of 2013 created a bi-partisan Foundation Review Committee, which looked at the Ch. 70 funding for schools, and determined in 2015 that the state was underfunding schools by more than $1 billion.
Duggan said a new foundation budget based on the committee’s recommendation would mean an additional $190,100 for Gateway.
Locally, the resolution has been signed by school committees in Amherst-Pelham, Chicopee, Easthampton, Greenfield, Northampton, Palmer, Springfield School Committee and Springfield Empowerment Partnership Board, South Hadley, and West Springfield.
“The support for the Fund Our Future campaign has continued to grow, but needs your help,” Duggan said.
A draft resolution “in support of full funding for our public schools,” prepared by the Massachusetts Teachers Association, states that “the state’s foundation budget formula which determines state aid to each district has been woefully out of date for years… underfunding our districts by more than $1 billion for essential educational services.”
The resolution also states that an updated foundation budget would allow the district to move closer to providing all students with the education to which they are entitled; and whereas the legislature failed to pass any foundation budget legislation in the last session, urges the legislature to approve and fully fund a new foundation budget formula by May 1, 2019.
For dramatic effect, Duggan said the MTA also supplied a check for the additional funds that Gateway would receive if the resolution were to pass.
“We’ll take the check!” said Gateway School Committee chair Michele Crane, before tabling the motion until the next meeting in order to allow committee members time to consider the materials.
The MTA FundOurFuture campaign contains an interactive map on its website which shows how much more funding each district would receive if the measure were to pass. According to the map, Westfield, which has not yet signed on to the resolution, would receive $5,950,967 in additional state funding to the district.
Governor Charles Baker pledged to change the foundation budget as a priority in his inaugural address on Jan. 3. “The Foundation Formula needs to be updated and we’ll propose updates when our budget is filed later this month,” he said.