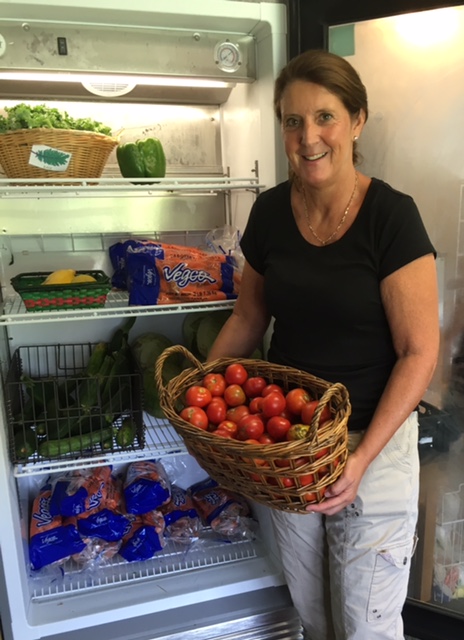 SOUTHWICK – The partial Federal Government shutdown that has occurred since December 22 has not only affected federal workers, but has also had a negative impact on the many American people that receive food stamps.

Although the Trump administration has said that Americans will receive food stamps through February, there’s no guarantee that the benefits of food stamps will continue if the shutdown is still in effect in March. According to data from SNAP (Supplemental Nutrition Assistance Program), the countries’ food stamp program, it’s been recorded that this past September, about $4.7 billion in benefits were given throughout each state. 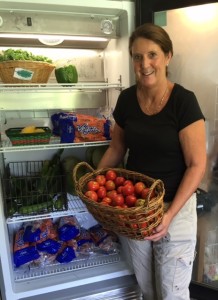 Our Community Food Pantry Director Sally Munson is seen at the pantry with some of the daily produce they have available. (WNG File Photo)

The potential negative impact that the government shutdown could have on people who regularly receive food stamps has created an uptick in clients for the Our Community Food Pantry. The Our Community Food Pantry, which serves individuals and residents of Southwick, Granville, and Tolland that are in need of food on a weekly basis, has recently had people that receive food stamps reach out to the pantry for food.

Sally Munson, Director of the Our Community Food Pantry, noted that, as recent as Wednesday, two families approached her about receiving food due to the government shutdown. Munson added that families regularly on food stamps are used to receiving a certain amount of money on a daily basis and the possibility of losing that benefit is becoming a concern.

“People that are on benefits are starting to worry a little bit,” said Munson. “Therefore, they’re going to start to go to the food pantries.”

The interest from new clients has also increased the amounts of trips the Our Community Food Pantry is making to the Food Bank of Western Massachusetts in Hatfield where they receive their food to stock the pantry. Munson said usually they make two or three trips a month to Hatfield, but now they’re making weekly trips and plan to continue that as long as the government shutdown remains in effect.

While Munson sees it as an unfortunate situation for people to be concerned about their status with food stamps, it’s also an opportunity for people to experience what the Our Community Food Pantry has to offer.

“It’s nice to help people,” said Munson. “They’re not going to be able to get those (food stamps in the future) so therefore they’re going to come to us.”

For more information on receiving food, go to the Our Community Food Pantry headquarters on 220 College Hwy in Southwick or call 413-569-9876.