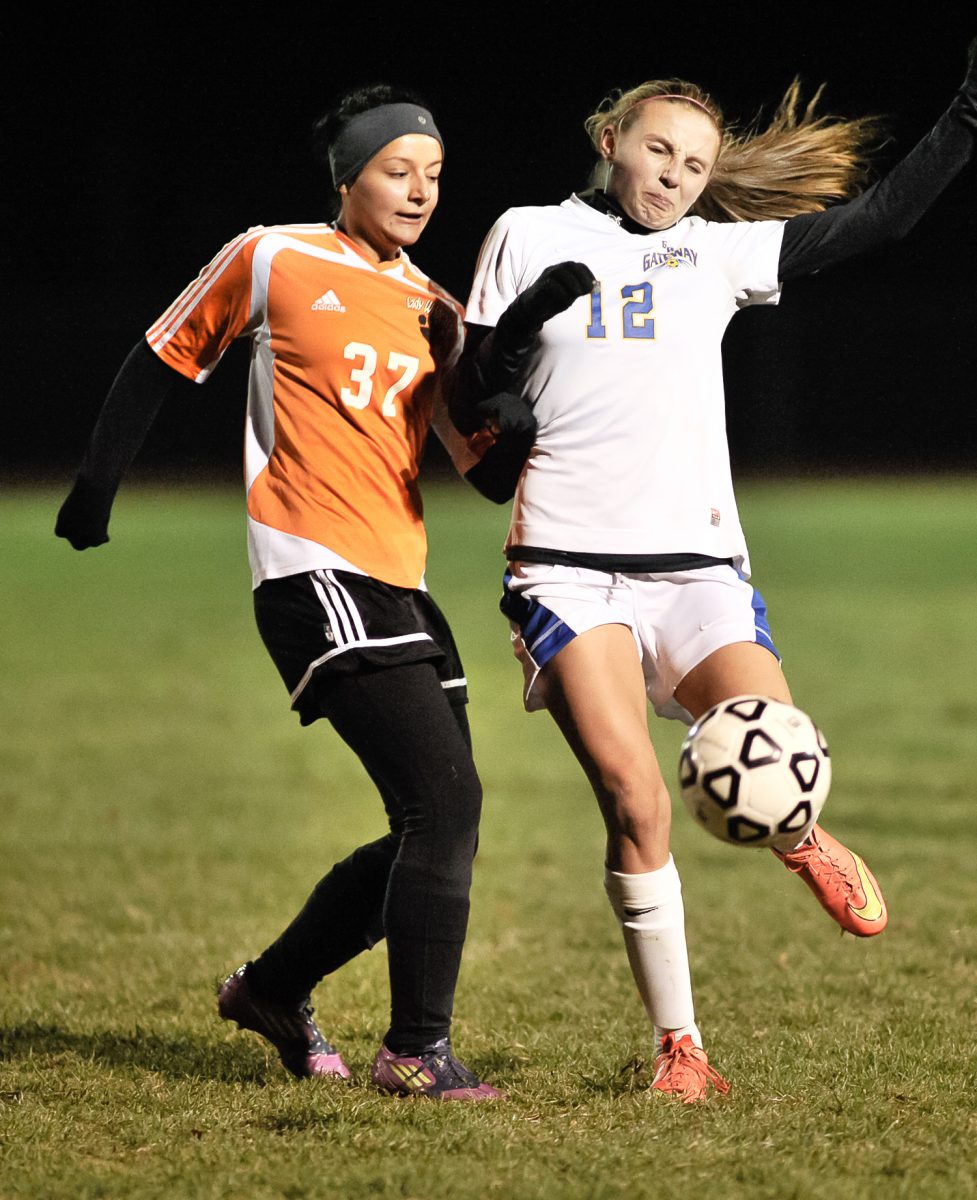 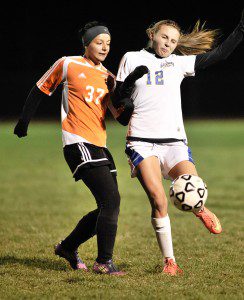 NORTHAMPTON – The Gateway Regional High School girls’ soccer team is going to get another shot at the Division IV title. Once again, a familiar roadblock stands in the Gators’ way.
No. 2 Gateway punched its ticket to the Western Massachusetts championship with a 4-0 shutout of second-seeded Lee in the D4 semis Wednesday night at Northampton High School. The title game will be a rematch of the 2013 championship.
Defending champ Monson, the tournament’s top seed, currently boasts a record of 14-3-3. The Mustangs have outscored their opponents 8-0 this postseason, including a 3-0 semifinal win over Cathedral.
“They’re a great team,” Gateway coach Steve Estelle said. “We’re going to have to play a great game.”
With Gateway’s latest effort, the Gators (14-3-1) have compiled six goals in tournament play. They have let up none.
It just took Gateway a while to crack the scoreboard in the semifinals, but once the Gators scored there was no turning back.
Gateway had several chances in the first 20 minutes, including a couple of fantastic cross passes from freshman forward Jessica VanHeynigan and a long run down the left sideline that left a Lee defender eating dust. Each play failed to net any results.
Lee (12-7) squandered a pair of corner kicks in the first half – in the 13th and 28th minutes. 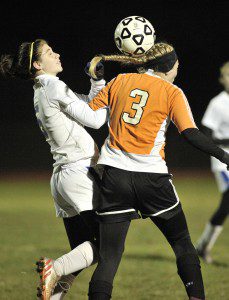 In the 22nd minute, Gateway’s Charlotte LeBarron also had a shot from the right corner at the top of the box, but the ball just missed catching the opposite post. Gators’ Alyssa Moreau set up a shot on the open side of the net with a beautiful pass, but came up empty.
“It was frustrating,” said VanHeynigan. “We had so many shots. We were dominating the game.”
Gateway finally scored in the 53rd minute. Samantha Belardo lofted a ball at the Lee net. The goalie attempted to trap the soft floater, but the ball took a backspin, deflecting behind the keeper. VanHeynigan tapped it in with ease. 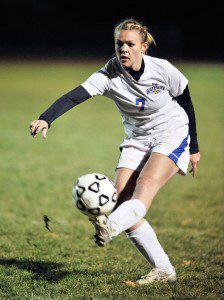 Gateway senior Caroline Booth gets a foot on the ball. (Photo by Frederick Gore)

“Once we got the first goal, we started getting more and more,” VanHeynigan said.
Gateway netted some insurance less than three minutes later when another misplayed save at the near post was poked in from LeBarron. Moreau initially sent the ball LeBarron’s way.
LeBarron set up VanHeynigan for another goal late in regulation, and Belardo tallied a score in the waning minutes.
“It was a frustrating game,” Gateway coach Steve Estelle said. “The field conditions – we’re used to a field 75 yards wide. The cold temperatures. The missed passes … The ball was skipping and bouncing and going out of bounds.”
Field conditions should improve in Sunday’s championship as the tournament shifts to Westfield State University with a flat surface (turf). There will not be much of a reprieve against Mother Nature as temperatures are expected to hover into the 30s once game time rolls around at noon.