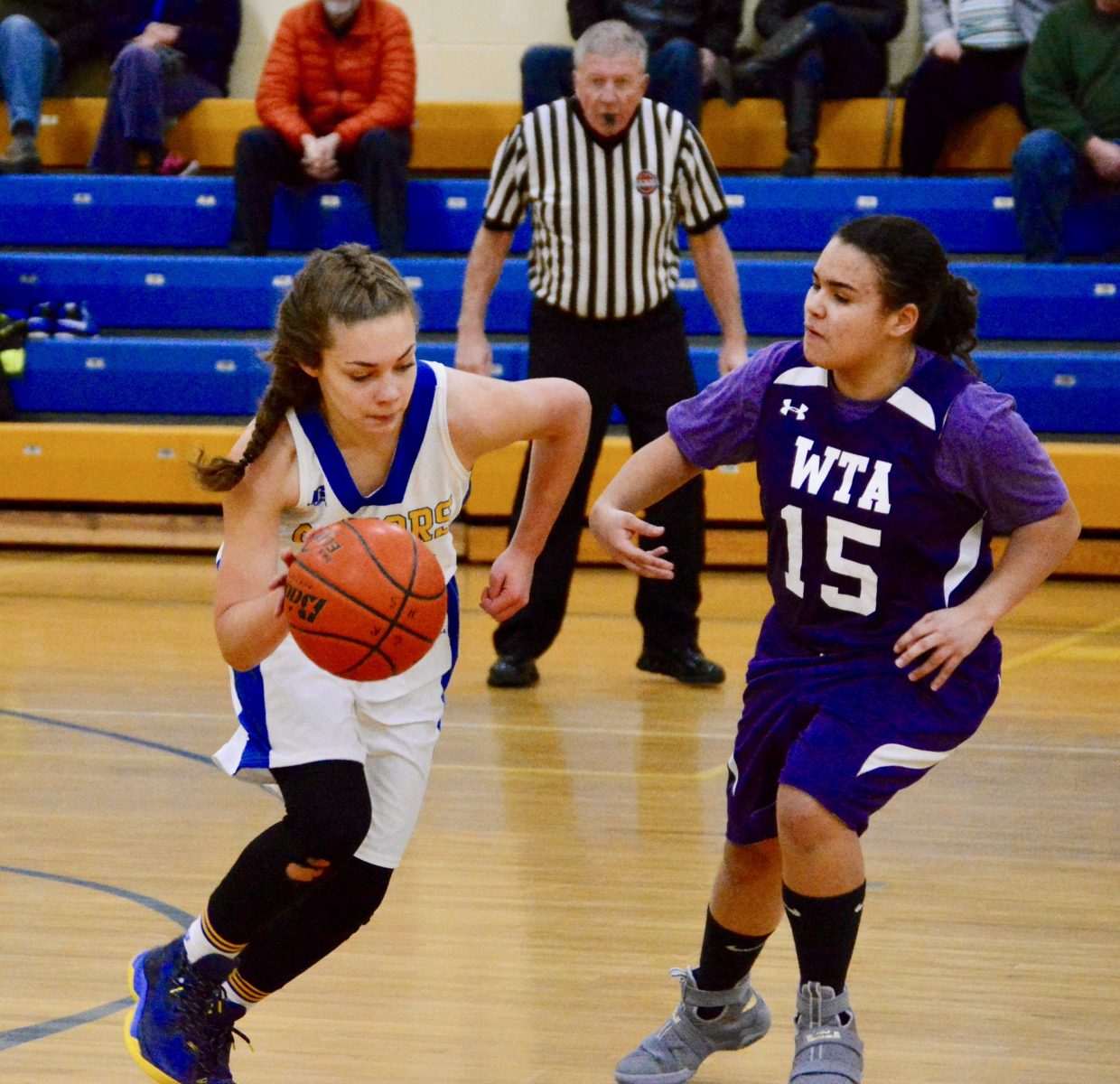 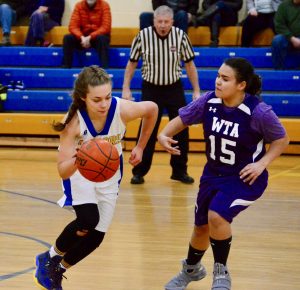 HUNTINGTON – The Gateway Regional High School girls basketball team has been on a rollercoaster rider, of sorts, this season, managing to post consecutive wins just once and failing to string together three straight wins … until now.
On Tuesday night, Gateway’s Becca Herman scored 11 of her game-high 19 points in the first quarter and the Gators went on to defeat Westfield Technical Academy 55-15 for their third straight victory.
Grace VanBuren chipped in 10 for Gateway, and Megan Wright had eight.
Jaymee Hall scored six points for Westfield Tech, all in the second half.
Gateway moved above .500 for just the second time this season, improving to 7-6. The Gators will attempt to make it four straight when they travel to Boland School in Springfield to take on Renaissance Friday.
Westfield Tech will look to bounce back Friday at Pioneer Valley Christian. Tip-off times for both games is 6 p.m.

Pacers hold off Bombers
Chicopee 54, Westfield 45
Chicopee doubled up Westfield 14-7 in the first half, and staved off the Bombers through the next three quarter to prevail.
Madison Gutierrez and Jasmine Leyda scored 18 points and 15, respectively, for Chicopee.
Westfield’s Kaela Mochak scored a game-high 19 points. Olivia Hadla chipped in 11.

BOYS SWIMMING
Bombers edge Blue Devils
Westfield 94, Northampton 86
Westfield (7-2) won a tightly contested swim meet, putting it away when Patrick Lurgio and Dominic Navarrete finished 1-2 in the 100 breaststroke with times of 1:09.02 and 1:12.02, respectively for Westfield.
Matt Morash put up a great winning time in the 200 free relay (1:55.28), Kevin Hayes finished first in diving (225.70 points), Cole Viamari took home first in the 500 freestyle (5:24.67), and Tommy Russell won the 100 backstroke (54.30).
In one of the day’s most thrilling races, Tommy Russell just missed out upending Northampton’s Quinn Nortinsmith with a second-place 22.41 in the 50 free.
Morash, Viamari, Jack Beaulieu and Adrian Orszulak captured gold in the 200 free relay with a time of 1:39.73.