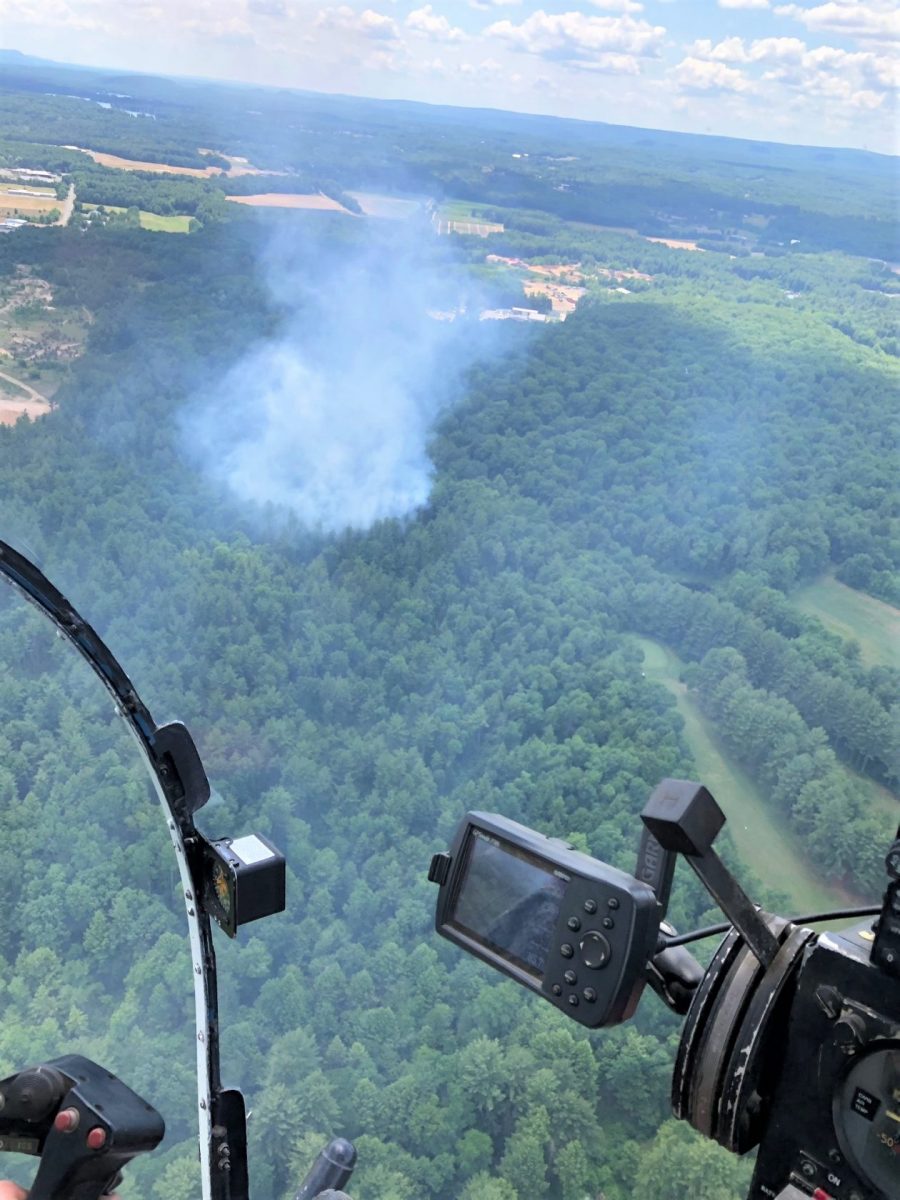 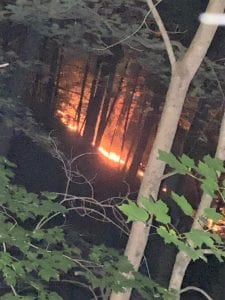 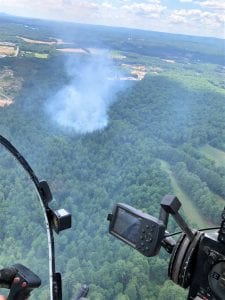 SOUTHWICK – A brush fire on the Southwick side of Westfield’s Shaker Farms Country Club June 20 is still under investigation and did not affect the golf course.

The fire was spotted from the air by helicopter pilot Chris Scibelli as well as an airplane pilot.

The fire engulfed about 13 acres of wooded property on the Southwick side of the golf course, just behind the 16th green. The course is 125 acres of the 250-acre property.

Shaker Farms owner Nancy Kotowitz said several golfers noted the smell of smoke that afternoon, but it was chalked up to an event being hosted at the Club.

“We had a group having pulled pork and brisket and the chef was smoking meat outside, so we didn’t think anything of it,” Kotowitz said.

At least 25 fire apparatus was on the scene, but Anderson said firefighters had to battle the blaze the old-fashioned way because of the location of the fire in the woods.

“We used hand tools and carried in water,” he said. “This was hard work.” 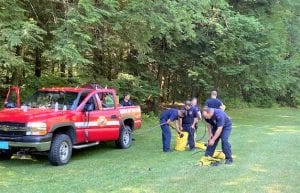 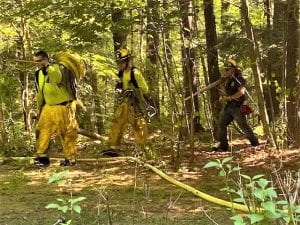 Firefighters are camouflaged by trees and sunlight June 21, 2020 as they return from carrying water on their backs in the woods at Shaker Farms Country Club where a brush fire engulfed 13 acres of land. (HOPE E. TREMBLAY/THE WESTFIELD NEWS)

Firefighters filled 3-5 gallon packs and carried water into the woods on their backs. Hoses stretched up to 400 feet from trucks parked along the adjacent Rail Trail.

On Sunday, Anderson said the cause was under investigation but added there was a lean-to nearby. Kotowitz said she and her husband Dan often walk the 250 acres that comprise the Country Club and they have had issues with campers and people riding dirt bikes in the woods.

Kotowitz said when they realized there was a fire she was worried about golfers in the course. 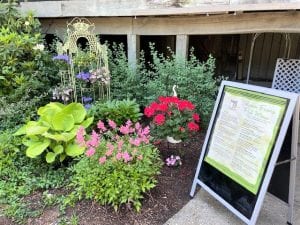 “We weren’t sure if it would spread, I’m relieved it didn’t take the course,” she said.

Kotowitz said she was concerned for the safety of golfers and diners at the Club, but also hoped the fire did not cause the Club to shut down.

“We just opened up again and we started serving food outside on our patio,” said Kotowitz.

The Club’s outdoor patio has been revamped with new umbrellas, flowers and a water feature. The Club has a dining deck that overlooks the patio, where there is a brand-new outdoor bar.

While firefighters extinguished the brush fire, Club operations continued throughout the weekend.

Anderson said they would continue to monitor the site.

“We will be out here for a few days while it smolders, making sure there are no more flames,” he said.

Anderson said the initial fire included five acres and quickly spread but was contained. He thanked all those who responded.

“I appreciate everybody, this has not been easy,” he said. 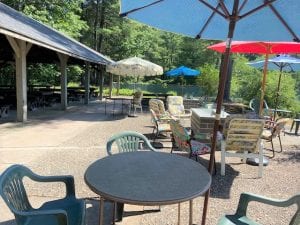 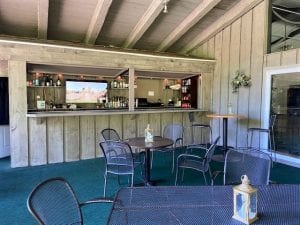 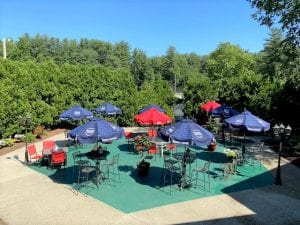