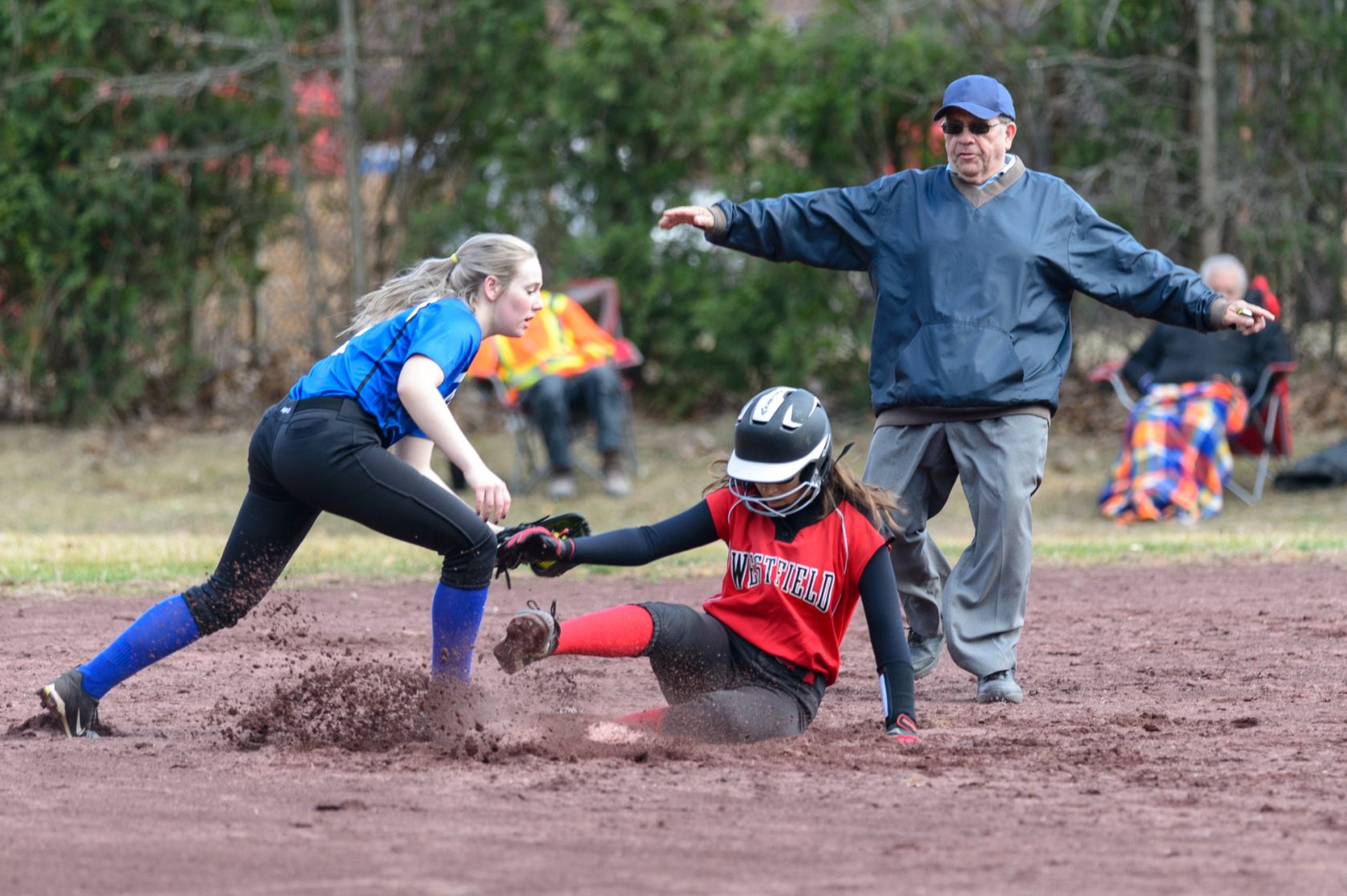 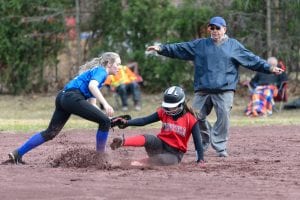 Westfield’s Carina Franco beats the throw into second for the steal against West Springfield on Wednesday. (Photo by Bill Deren)

WESTFIELD – Westfield softball pitcher Erin Gour struck out 10 batters in a complete game shutout and went 4-for-4 at the plate with a home run and four RBIs to lead the Bombers past the West Springfield Terriers 7-0 Wednesday.
Westfield raced to an early lead, scoring two runs in each of the first, third, and fourth innings. The Bombers tacked on a single run in the sixth, and preserved the shut out late when Diana Daley made a great catch in center field with the bases loaded for the final out of the game.
Hannah Baker drove in Westfield’s first run of the game with a single on an 0-2 count.
Gour’s big blast came in the fourth inning when she hit a towering homer to straightaway center field. She also doubled in the sixth.
Carina Franco had two hits, two RBIs, and two stolen bases for Westfield. Bombers’ Emma LaPoint went 3-for-3 with a double, walk, and four runs scored.
On the mound, Gour scattered six hits and walked three through seven innings.
West Side’s Isabella Adam went 2-for-3 to lead West Springfield.