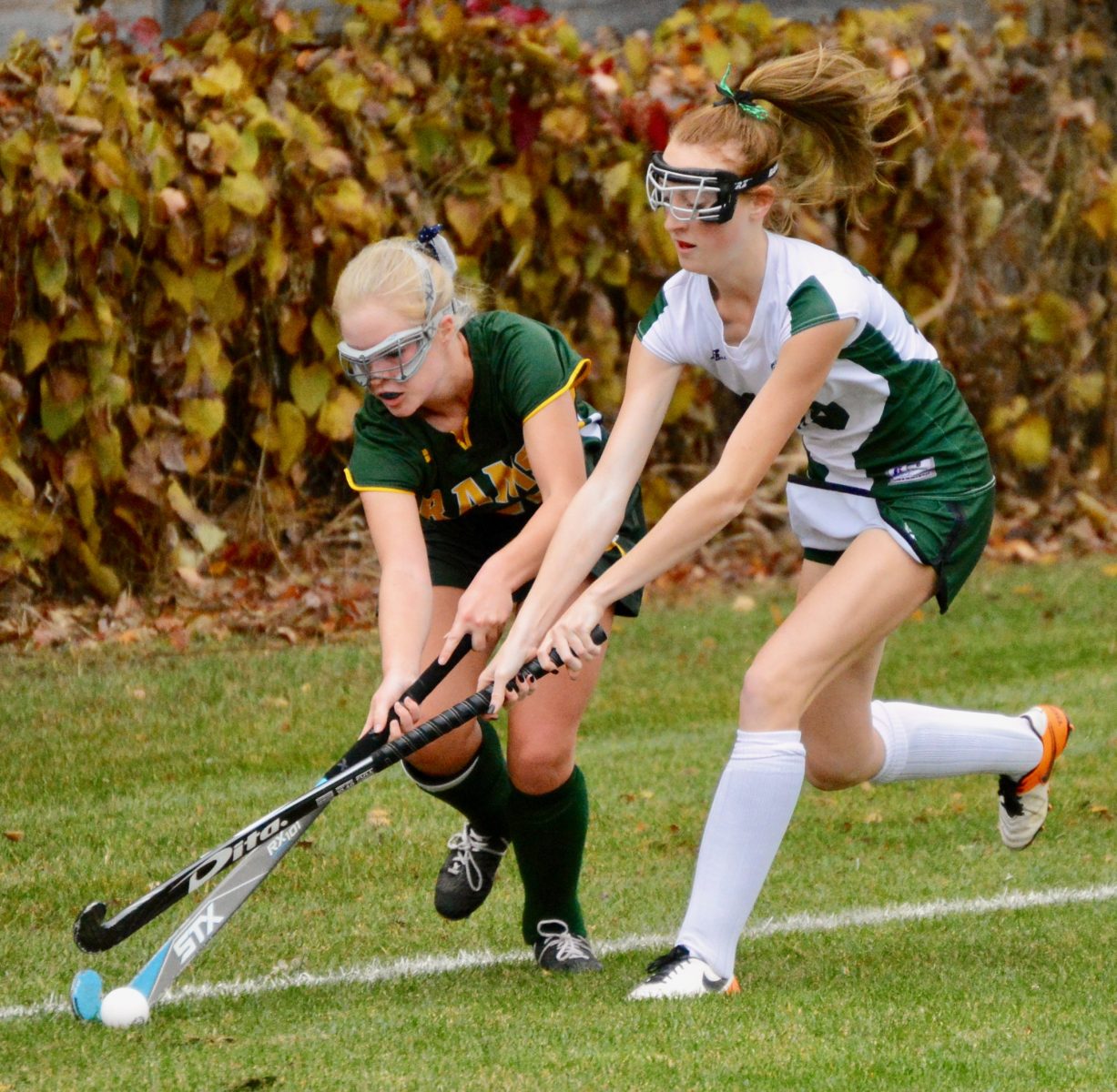 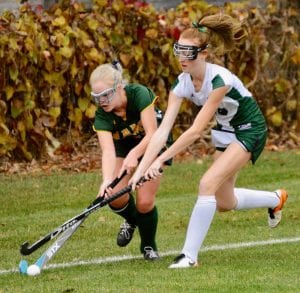 GREENFIELD – A light mist enveloped much of the region for a brief time Wednesday, but for the Southwick field hockey team, it felt more like a wave, a Green Wave to be exact.
The third-seeded Greenfield Green Wave scored early and often, overpowering sixth-seeded Southwick 8-2 in a Division 2 quarterfinal Wednesday at Greenfield High School.
Greenfield (13-5-1) established a commanding lead from the outset. The Green Wave scored in the opening minutes, tallied a second goal about halfway through the first half, and made it 3-0 with about 10 minutes remaining in the half.
Southwick (12-6-1) struggled to get the ball into the striking circle, and even when they did, more often than not they came away empty as the Greenfield defense swarmed the Rams.
Greenfield also benefited from several penalty corners.
Katie Haselton (2 goals, 2 assists) Amber Taylor (2 goals, 1 assist) and Madyson Kuchleski (1 goal, 2 assists) led Greenfield. Southwick’s Emily Martin scored twice to help the Rams avoid being shut out. Katerina Kavrakis and Devan Fox assisted.
Martin finishes the season with 33 goals and nine assists. For her career, she has 113 total points.
Southwick goalie Clare Stratton made 21 saves.

MVADA BOYS SOCCER SEMIFINALS
Tigers advance to finals
Westfield Technical Academy 2, South Shore 0
Westfield Tech scored a pair of second half goals and held off South Shore to record a shutout to advance to the finals Friday at Roots Athletic Complex at 3 p.m.
David Tikhonchuk scored in the 44th minute on a nice shot from the top of the box. Ten minutes later, Adam Strycharz took on a few defenders, setting himself up for a blast from about 10 yards out that found the side net to make it 2-0.
Defensively, Dan Kontsimal, Jon Vella, Alec Smith, and Brody Paquette held their ground for Westfield Technical Academy.
“The guys played great and had a lot of fun,” Westfield Technical Academy boys soccer head coach Kyle Dulude said. “All postseason wins are rewarding.”