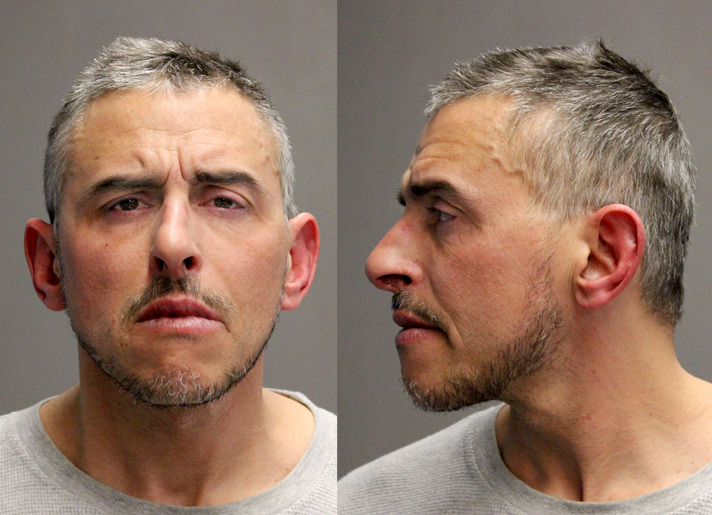 WESTFIELD – A city man has been incarcerated after he pleaded guilty to charges stemming from a larceny on Elm Street.
Humberto Baez, 48, late of 129 N. Elm Street, was found outside the Westfield School of Music at the corner of Elm and Meadow streets with an armload of guitars when the owner of the school responded to a burglar alarm on the evening of Jan. 25, 2014.
The owner told police that, because there had recently been a false alarm at the school, he did not call police immediately when the burglar alarm initially alerted him but went to the businesses with his son to check on the situation.
There, he told police, he spotted someone inside the building and called police.
When he went to the rear of the school he saw a man, later found to be Baez, walking away with eight guitars.
Baez stopped when the owner challenged him and attempted to talk his way out of trouble but was taken into custody when the police arrived.
Charged with breaking and entering a building in the nighttime with intent to commit a felony and larceny from a building, Baez was arraigned in Westfield District Court but the charges there were dismissed after he was indicted and arraigned in Hampden Superior Court.
Baez appeared before Judge Edward J. McDonough Jr. and pleaded guilty to both charges.
In November, Baez was sentenced to a three to three and a half year term in state prison on the breaking and entering charge, with credit for 303 days served while awaiting trial.
On the larceny charge, Baez was placed on probation which for two years, begining upon his release from incarceration.
McDonough also ordered that Baez remain drug and alcohol free and submit to random testing.
He was also ordered to complete a level-three community corrections program, a program designed to provide intermediate supervision of chronic substance abusers with criminal history. The program also provides services including substance abuse treatment, drug testing, health education, and job development and placement.