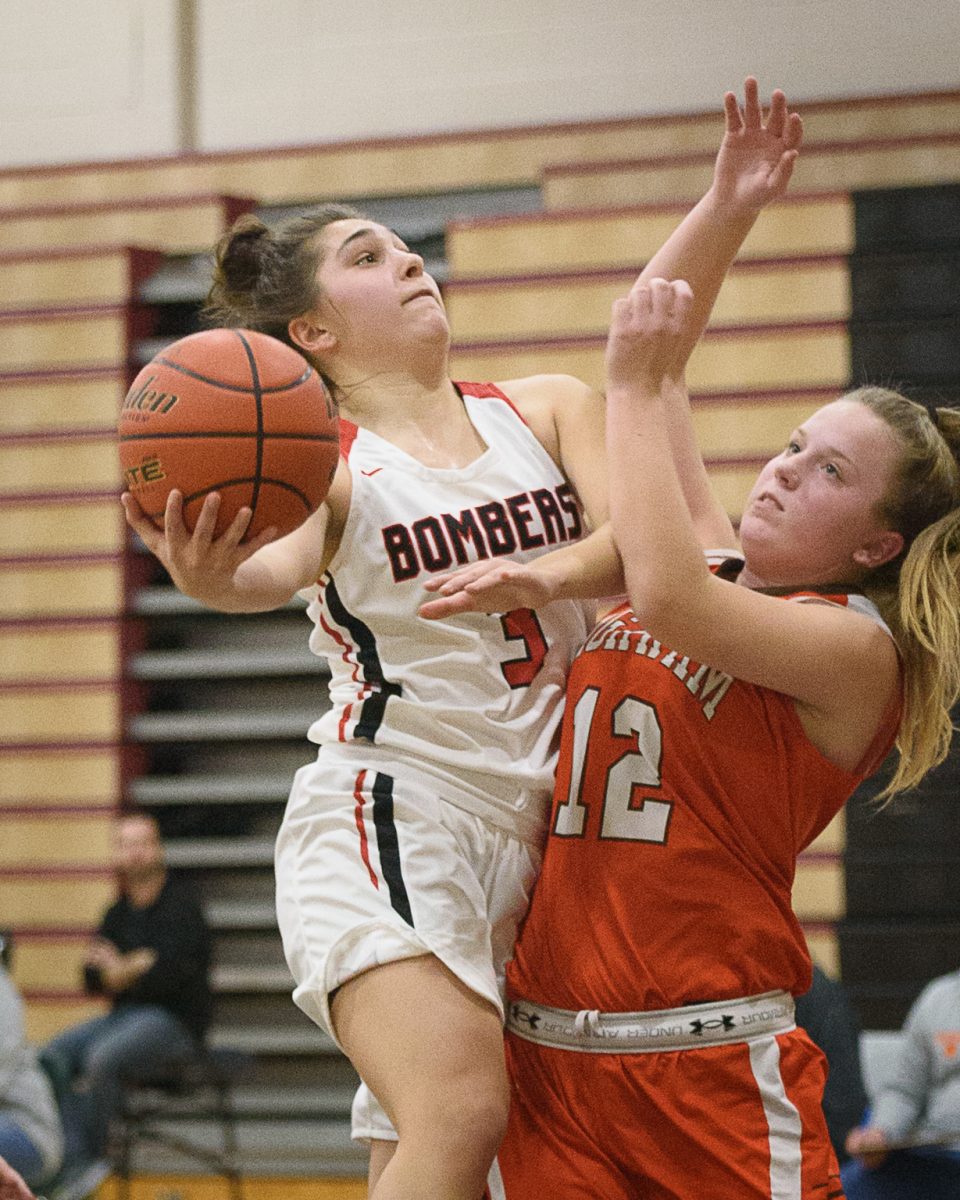 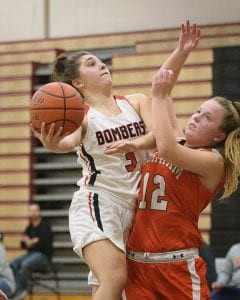 Westfield’s Olivia Hadla (3) makes an acrobatic move against Agawam on Friday night. It was an exciting night for Hadla as she scored a game-high 13 points on her birthday. (Photo by Marc St. Onge)

WESTFIELD – Just when the Westfield High School girls basketball team thought things could not get any cheerier around the holidays, senior Olivia Hadla and her Bomber mates celebrated their fifth straight win to begin the 2019-20 season in grand fashion.
Hadla scored a game-high 13 points on her birthday Friday night to help lead the Westfield Bombers past the visiting Agawam Brownies 50-32.
“I thought she did a good job getting everyone some open shots even on her chase for 1,000,” Westfield girls basketball head coach Dylan Willey said.
Hadla, who entered her final season for Westfield with 813 points, is now 127 away from reaching that celebrated mark of 1,000.
“She’s keeping everyone involved,” coach Willey said of his crafty guard.
A total of 12 players found their way into the lineup for Westfield – 10 scored – in Friday night’s game against Agawam, including Katelyn Flaherty, who logged her first minutes of the season. The Pedolzky twins, Chandler and Emma, helped orchestrate the victory with a solid effort, and Morgan Fillion, Kenzie Raymond, and Claire Griffith provided key minutes in the second half.
“It was nice to see them out there battling,” Willey said. With the victory, Westfield improved to 5-0. “Goal number one is halfway accomplished.”

BOYS BASKETBALL
Ludlow 60, St. Mary’s 34
Mike Pepe (16 points) and Jack Lamirande (10) led St. Mary’s.
“We’re still searching for some offense,” said St. Mary’s boys basketball head coach Joe Molta, whose team turned over the ball 25 times against Ludlow. “We always got two players that seem to do well offensively, but we need to get a few more people engaged in it. We’re getting better. …We’ll keep going at it.”