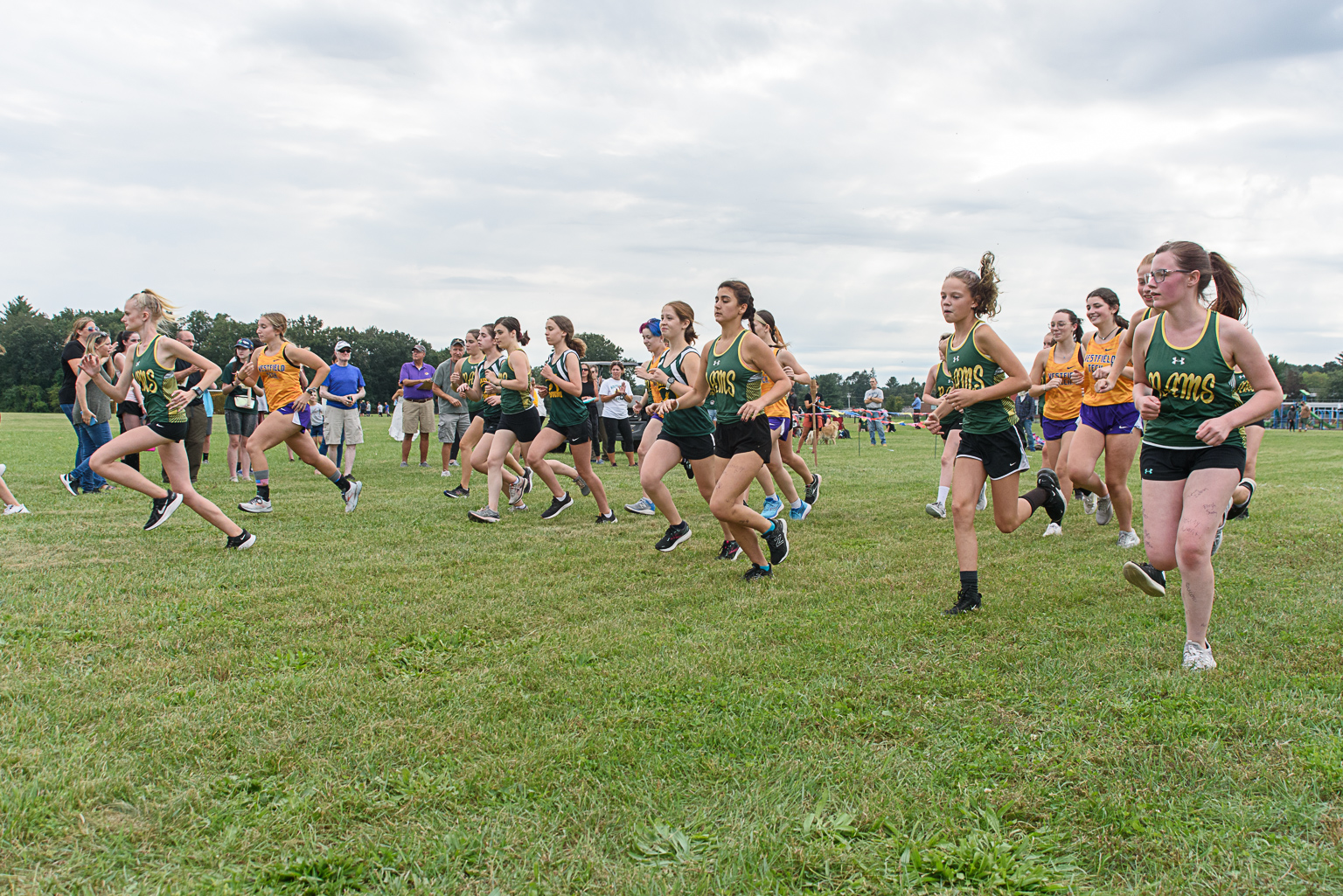 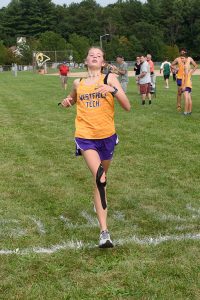 SOUTHWICK – New course? No problem.
Westfield Technical Academy girls cross country sophomore runner Kailyn Hawley finished with a record-setting first place time of 23:11 on Southwick’s new 3.0 mile course Tuesday.
Although it has been a short high school career for Hawley, she is already beginning to compile a nice list of accolades. Last year, Hawley set the course record at Smith Academy.
Hawley excelled on Southwick’s course by immediately mastering the hills. “I actually pushed myself more uphill,” she said. “I take it slower on the flats.”
When Hawley went up the hill for the second time Tuesday, she entered the woods alone. She cruised unchallenged to the finish line.
Southwick claimed the next three spots with juniors Elleigh Sanctuary and Kayla Crosier finishing second and third, respectively, in 24:10 and 25:28. Rams’ senior Ruby Francis was fourth in 26:16.
Overall, Southwick won the race, 22-38. 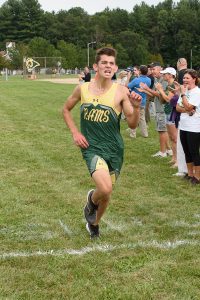 Sikand led the pack of runners from start to finish, running alongside eighth grade teammate Jess Petschke until the very last three seconds.
“I looked over my shoulder once (during the race) and they were pretty close,” Sikand said about the other runers. “I didn’t look over again until a far ways down the end. When I saw no one else to be found, I kept pushing it. I was still trying to beat my friend, Jess.”
Petschke finished runner-up in 21:05. Southwick senior Seth Doe took third in 21:58. James Thibault finished first for Westfield Tech in 22:00.
“It was a great day to run,” Westfield Technical Academy High School boys cross country coach Ralph Figy said. “It was a new course that was very user-friendly. We were so happy to be here.”

Goodreau day for the Saints
St. Mary’s 5, Greenfield 0
St. Mary’s sophomore Emma Goodreau recorded a hat trick and had an assist. Emma’s sister, senior Allie Goodreau scored one goal and had three assists.
“The thru ball was key, especially by Allie to her sister Emma as the ability to lead Emma in for tons of opportunities,” St. Mary’s girls soccer head coach Patrick Olearcek said.
Anna Puttick also struck for a St. Mary’s goal. Saints’ Amelia Willenborg made a successful return to goalie duties after suffering a pregame injury in the season opener. She pitched a shutout in net, and even chipped in with an assist on offense.
“Having Amelia back in net after missing the first game was huge,” coach Olearcek said. “You can see the confidence of everyone pick up knowing she’s back there. Add that along with Macy’s usual stellar play and it was a nice effort.”
Macy Woodger, Kailyn Cabrini, Lillian Nadler, and Audrey Burke combined to shut down some talented Greenfield strikers.
“It was just a well-played game,” coach Olearcek said. “The girls were aggressive and it paid off in a nice win on the road against a talented foe.”

GOLF
Schabowski leads Bombers to victory
Westfield 159, Southwick 162
Westfield senior Anthony Schabowski shot a 2-over 37 to help Westfield (2-2) nip Southwick. Bombers’ Joey Calderella and Andrew Fuller both shot a 40. Rams’ Matthew Garrity, Andrew Morris, and Jesse Johnson finished with a 38, 39, and 40, respectively.
“It feels good (to beat Matthew),” Schawbowski said, “but it’s a friendly competition. The team win feels much better. We needed this one against Southwick. They are a great team.”
Schabowski’s birdie on the 14th hole proved to be the difference. He said the fact that his irons are starting to come around has led to his improvement.
“Our scores are slowly dropping,” Schabowski said. “I think we are going to be a great team this year. Some of the new kids are really starting to come out and show their personalities. Hopefully we will end the year strong.”