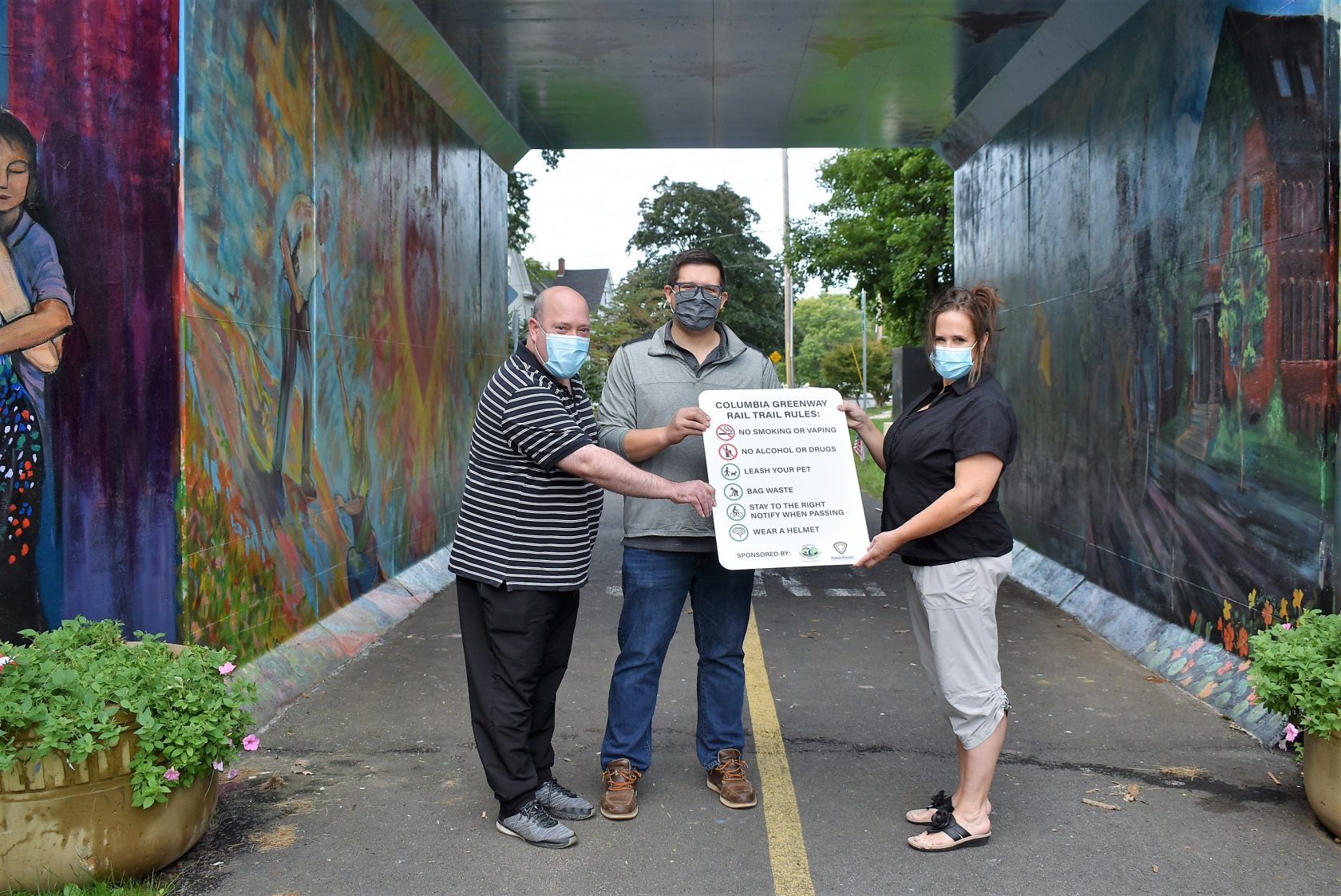 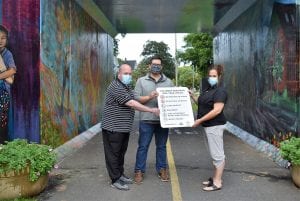 Westfield Health Director Joseph Rouse, Health Inspector Thomas Hibert and Board of Health and Friends of the Columbia Greenway Rail Trail member Juanita Carnes are at the Taylor Street trail entrance to display one of 15 signs that will remind trail users there is no smoking allowed. (HOPE E. TREMBLAY/THE WESTFIELD NEWS)

WESTFIELD – The Westfield Board of Health donated 15 signs to post along the Columbia Greenway Rail Trail to remind visitors of health and safety rules.

The signs state there is no smoking or vaping on the trail, as well as reminders to keep dogs on leash and other trail rules.

Board of Health member Juanita Carnes suggested the signs after observing numerous people smoking on the trail.

“While using the trail I saw people sitting and smoking. It’s city property, so smoking is not allowed,” said Carnes.

Health Inspector Thomas Hibert said smoking on the trail defeats the purpose of using the trails for exercise and fresh air.

“It makes it less healthy for those using the trail when people are hanging out there smoking,” Hibert said.

Carnes said she realized there was no health-related signage on the Westfield portion of the trail, which connects to Southwick and Southampton.

The board had unused tobacco grant funds available for the project. Amelia Fanion of Alchemy Method designed the signs, which were made by Latka Printing. The Department of Public Works will install the signs.

“They will place them at the entrances as well as periodically throughout the trail,” Carnes said.

Hibert noted that the signs were slated for installation last April.

“If it wasn’t a pandemic, this would have been done in the spring. COVID set us back a few months,” he said.