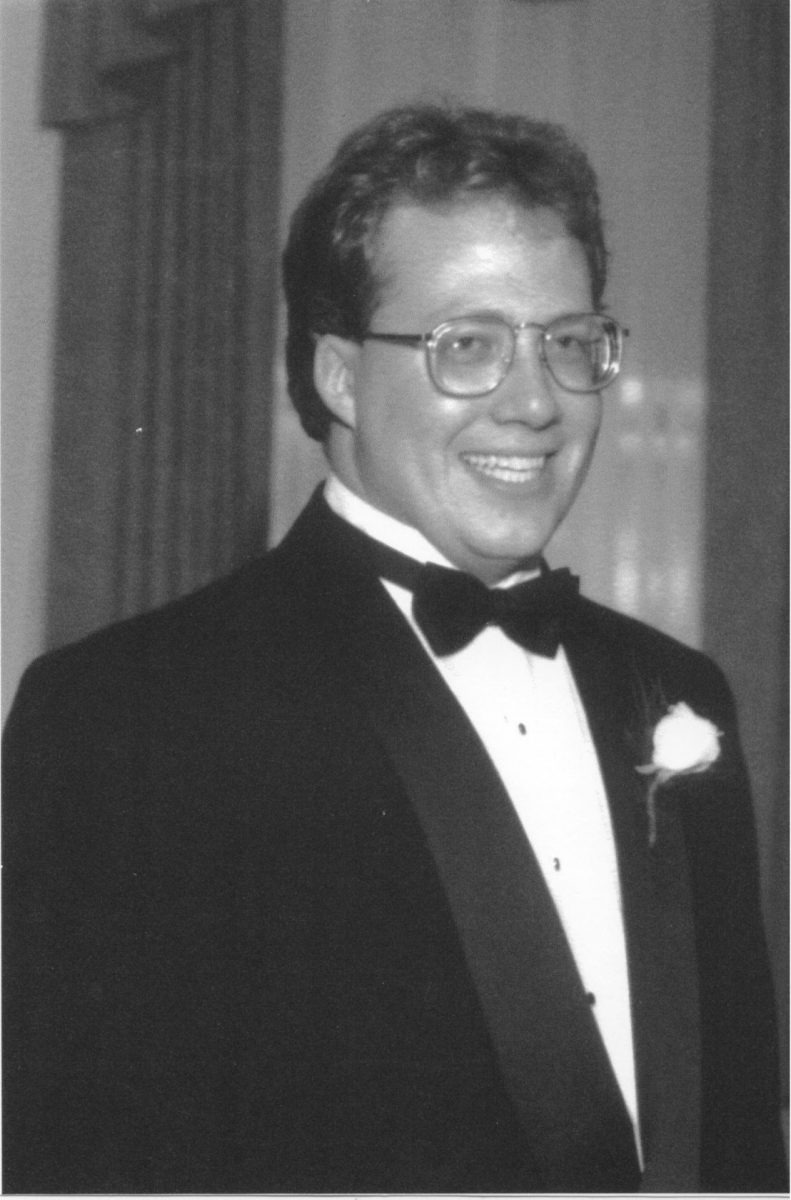 WESTFIELD -Now in its 19th year, golfers are sought to participate in the James Arps Memorial Golf Tournament, planned on Oct. 3 at Tekoa Country Club.

A noon shotgun start begins the “celebration of life” afternoon with lunch on the turn, according to Jeffrey Arps who is overseeing logistics. Proceeds raised from the fundraiser will benefit the CdLS Foundation and the Westfield Food Pantry.

“My brother played Westfield youth hockey but he did not play in high school,” said Arps, noting James graduated from Westfield High School in 1986. “He wasn’t terribly athletic, but he loved building things and buying tools.” 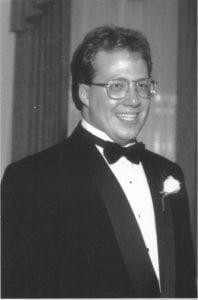 A memorial golf tournament, now in its 19th year, celebrates the life of James Arps who graduated from Westfield High School in 1986. (JEFFREY ARPS PHOTO)

Arps noted his brother moved to Pittston, Maine, in 2000, and would return often to Westfield to visit his daughter Ashley and friends.

“During one of these visits in February 2001, he was killed in a car accident,” said Arps, adding his brother was a licensed electrician. “He left behind many friends, but he also left behind his wife Beth, three children, Ashley, Thomas, and Joseph, and now Ashley has added two granddaughters, Lindsey James and Lilliana Rose.”

Arps said the proceeds of the tournament originally funded the James Arps Memorial Scholarship for Westfield High School students, but upon reaching $12,000 in the fund, the scholarship can sustain itself in perpetuity.

“This year, we are proud to have provided our 10th $500 scholarship to Hannah Bean, who will be attending Coastal Carolina University,” said Arps. “We all know how painful the cost of college can be, so every little bit helps. The memorial scholarship will continue to support local students in the pursuit of their dreams for a bright future.”

Arps is hopeful they will be able to net $3,000 from the tournament.

“Half the proceeds go to the CdLS Foundation and the other half goes to a rotating charity,” said Arps. “We have donated to the food pantry a few times and with food insecurity a real problem, especially for kids, it’s a local problem where $1,500 makes a real difference.”

Arps said Lindsey James was diagnosed with Cornelia de Lange Syndrome (CdLS) in July 2013, and while there is no cure at this time, a diagnosis assists families in ensuring children receive appropriate medical treatment and educational assistance.

“CdLS remains undiagnosed in thousands of children, primarily because CdLS is not a one-size-fits-all genetic condition,” said Arps. “Our hope is to raise some money to support the CdLS Foundation’s research into this disease and help families cope with a CdLS diagnosis.”

The CdLS Foundation website estimates the occurrence of CdLS to be 1 in 10,000 live births, but because it is so variable, could remain undiagnosed.

“CdLS typically affects: growth, with smaller body and head size; skeletal system, with smaller hands and feet or missing forearms and fingers; development, with delayed development, intellectual disability, or learning disabilities; behavior, with ADHD, anxiety or autistic features, and internal organs, including the GI, cardiac, genitourinary and neurologic body systems,” according to the foundation’s website.

The tournament format is a four-person scramble and is open to the first 20 foursomes who sign up.

“Numbers are limited this year due to COVID-19,” said Arps, adding, “Please make sure you ride with someone you are comfortable with. We will be taking precautions to ensure the safety of all.”

Highlights of the afternoon will also include a 50/50 hole and a raffle for additional prizes after the tournament. A $90 entry fee includes lunch, entry in two of the closest to the pin contests, golf, cart, beer at the turn, and appetizers at the 19th hole.

“Winning team members will receive a round of golf at The Ranch,” said Arps.

While Arps said organizers appreciate “any and all donations,” they also encourage people to play in the tournament.

“The golf is more fun with more golfers on the course and makes the après golf party that much better,” said Arps. “Of course, your donations are still welcome, and corporate sponsorship of foursomes or holes are also welcome, as well as contributions of raffle prizes.”

Arps said the evening wraps up with thanking everyone for playing, for supporting the family’s efforts to keep James’ memory alive, and discussing where the money will be distributed. In addition, Arps said the scholarship winner is announced and an update is given on Lindsey. 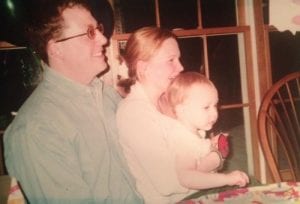 This photograph was taken one week before James Arps was killed in a car accident in February 2001. He is seen with his daughter Ashley, and his son Thomas, who was celebrating his second birthday. (SUBMITTED PHOTO)

The deadline to sponsor a hole is Sept. 25, and Arps said he can pick up larger raffle prizes until Oct. 2. For anyone who wishes to donate a gift card, the item can be mailed to Arps at 24 Park River Circle, Westfield, MA 01085.

For more details on signing up to play in the tournament, Arps can be reached via email at [email protected] or by calling (413) 221-6201.