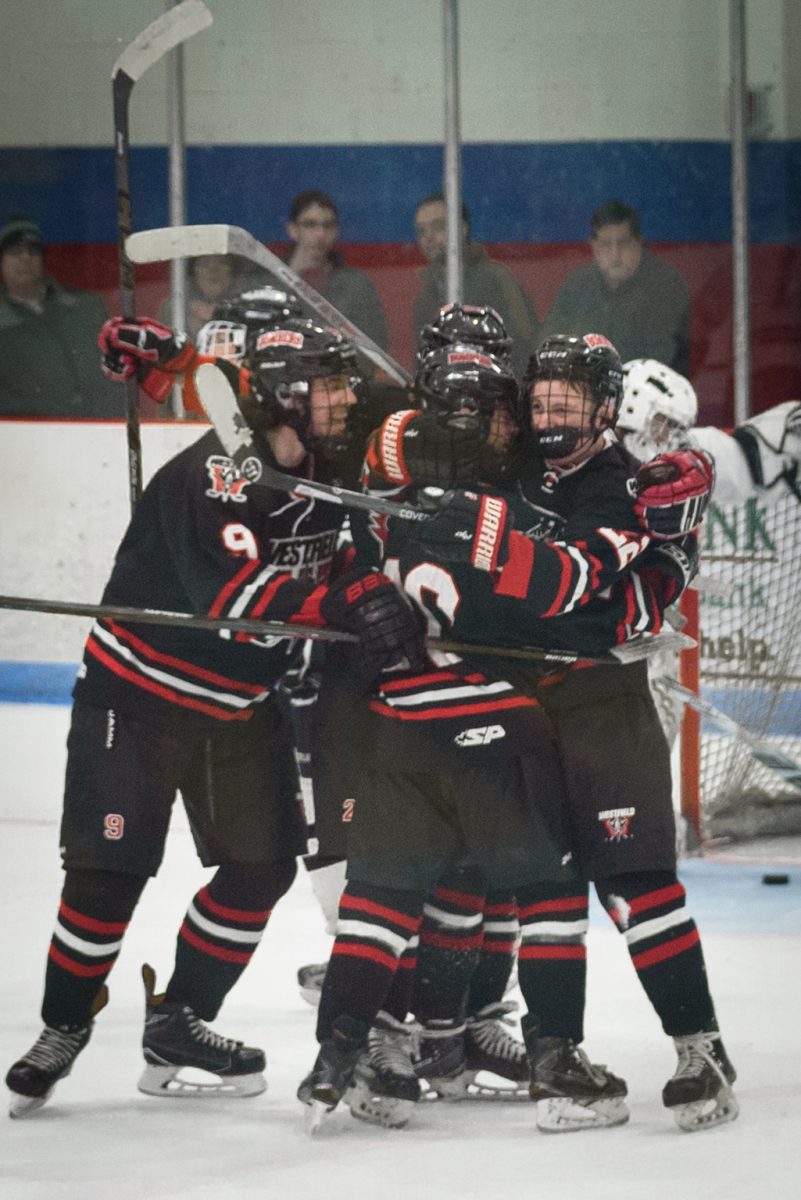 WESTFIELD – An epic rivalry has been renewed.
Before we can turn the page from winter, and spring ahead to the third and final sports season of the high school year, the stage is set for yet another chapter in the saga of the Westfield and Longmeadow boys’ ice hockey teams.
A surprising shorthanded goal from Westfield’s Sean Moorhouse on a Minnechaug 5-on-3 power play opened an adventurous Division 3 West Sectional semifinal between the second-seeded Bombers (16-5) and No. 3 Falcons; a second-period, breakaway goal from sophomore Scotty Bussell ended it.
Key goals from Max Maggipinto and John Danahey secured another finals trip for the defending Division 3 Western Massachusetts champion Westfield Bombers, who rallied from a 2-1 deficit last Thursday.
“We knew it was going to be a tough one,” said Westfield coach C.B. “Moose” Matthews, whose team split the regular season series against Minnechaug, 1-1. “We worked hard. The kids didn’t quit. That was the secret. We knew getting by them would be a tough assignment.” 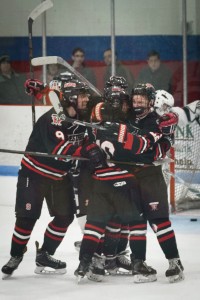 Westfield players celebrate the team’s second of four goals scored against Longmeadow during a late-season contest the Olympia Ice Center in West Springfield, The Bombers, who held off the Lancers to win 4-3, will seek similar results when the two teams meet again Thursday night to decide the D3 West Sectional championship. (File photo by Marc St. Onge)

Follow up-to-the-minute coverage of Thursday night’s championship game on our Facebook Page, and check out our story and photos after the final buzzer sounds.