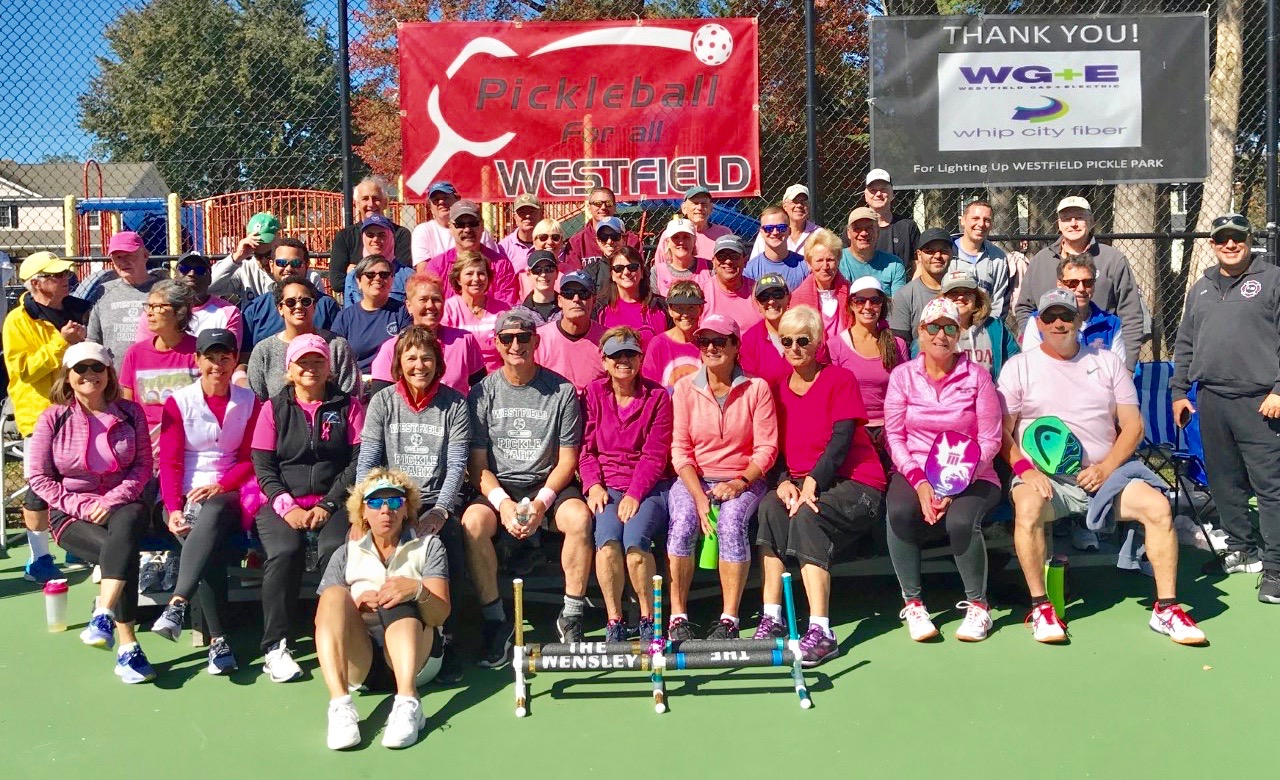 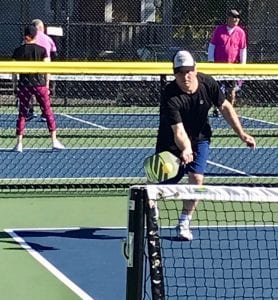 WESTFIELD – More than 50 pickleball players recently opened their hearts and pockets to raise funds for the Cancer House of Hope.
These area residents and local athletes dedicated their Fall Fun Fest of play to raise awareness in the fight against cancer. Dressed in pink, they played for nearly four hours and raised more than $700 in donations.
Newly-elected Cancer House of Hope director Margaret Toomey enjoyed the play and also took part helping our during the Fun Fest tournament.
Pickleball Ambassador Shannon Small and Susan Canning created competition awards for “Best Dressed” (Laura Hendrickson), the “Comeback Kid” (Jim Lutak), and “Outstanding Sportsmanship” (Danah Abu, Scott Labombard).
A pot luck lunch was well received by all as the day turned into a beautiful, sunny fall afternoon.
The Westfield Picklers are a dedicated group of players interested in offering, teaching and maintaining a valuable lifetime sport for all city people and the surrounding communities. They are firm believers in their motto of “Pickleball for All.”
The Westfield Picklers will move their open play hours indoors, beginning in early November at the Westfield Boys & Girls Club. Indoor play will be held on four courts Tuesdays, Wednesdays, and Fridays from 8-11:30 a.m., and Sundays 7:30-9:30 a.m., and 9:30-11:30 a.m.
Evening play will be held on two courts at the White Oaks School Tuesdays and Thursdays, beginning at 5:30 p.m. 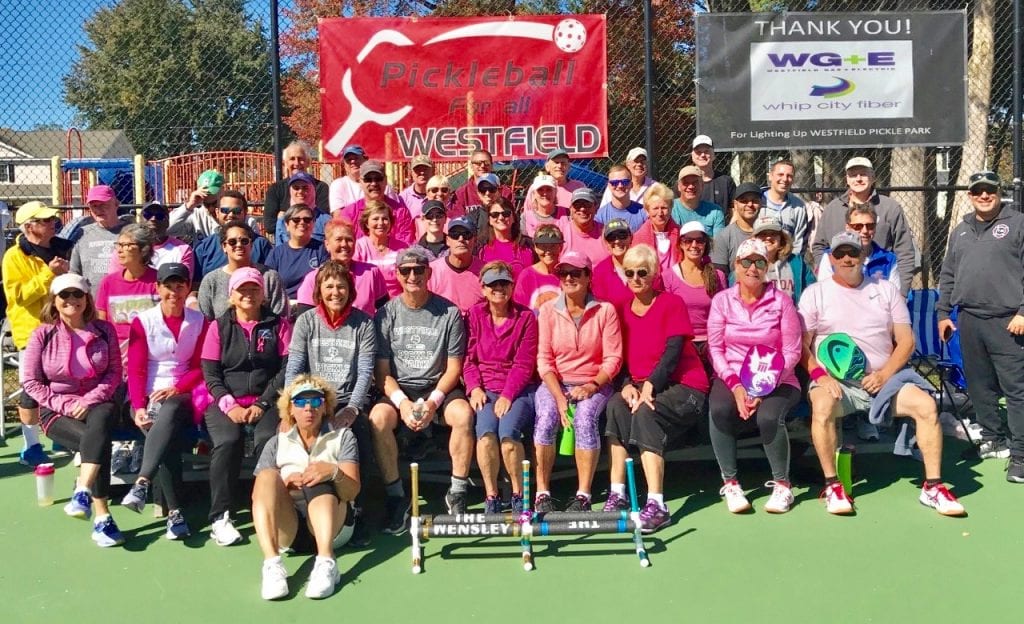 Local pickleball players came together recently to play for a good cause, raising money for the Cancer House of Hope. (Submitted photo)