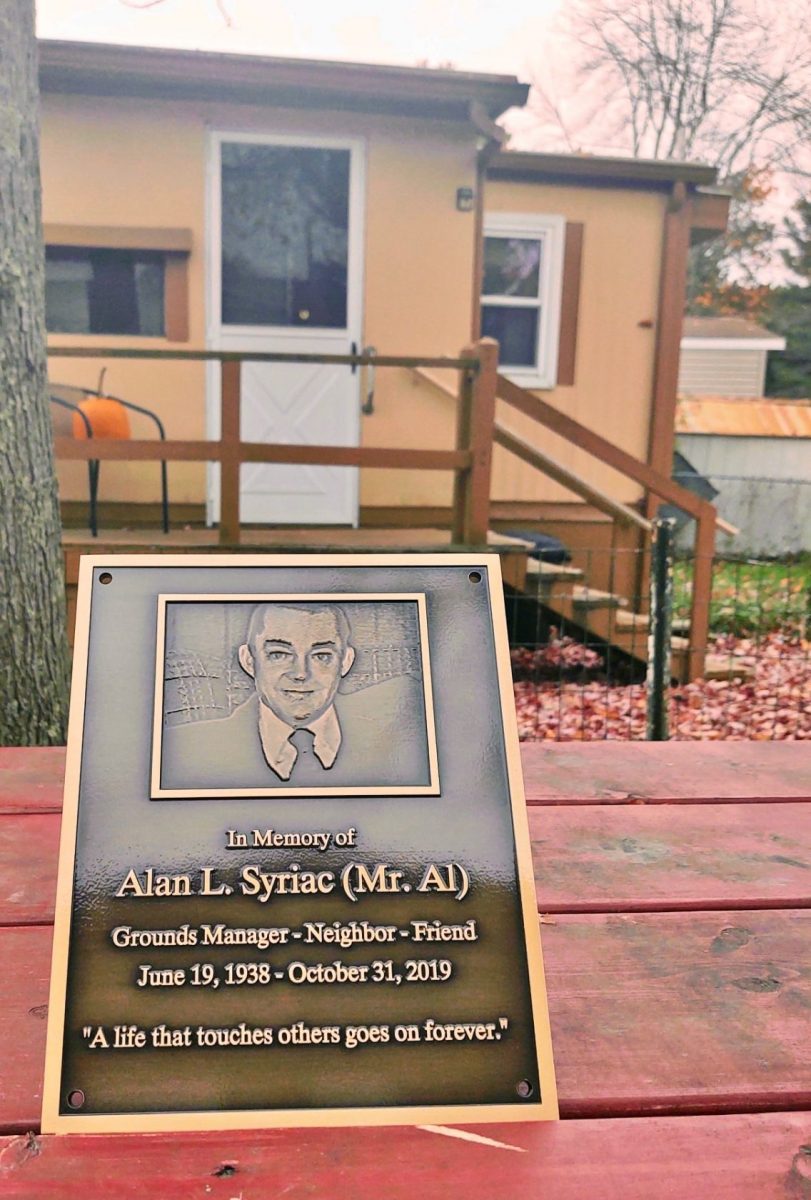 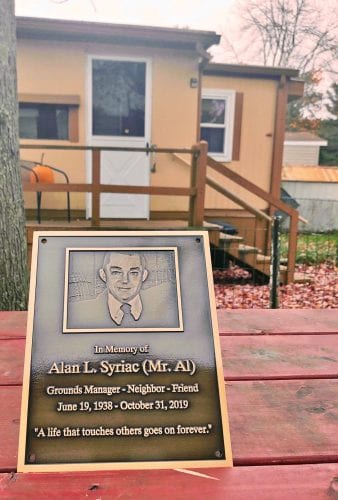 Danny Boyle, treasurer of the homeowners association for the Heritage Mobile Home Park at 868 Southampton Road, said a dedication for a memorial bench and plaque in memory of Syriac, longtime groundskeeper and resident of the park, will be at 1 p.m.

Boyle said after the residents purchased the park a little over a year ago with the help of ROC (Resident Owner Communities) USA, they have been making many improvements and updates. “The most important one to all of us has been the pouring of a concrete pad, the installation of a lovely park bench, and a plaque dedicating the bench in memory of Mr. Al,” he said

Boyle said when he moved to the park about nine years ago, Syriac, who was “well in his seventies,” was the maintenance man for the park, who collected the trash all by himself every Saturday, among his other duties. “Now that we run the park, we find that even more amazing,” Boyle said, adding that they struggle with a group of three volunteers to do the same work.

“He was a gentle, amazing guy. Everyone adored him at the park,” Boyle said about Syriac, whose widow June Syriac is still a resident there. “In a park like this, to have everyone think highly of you is very impressive.”

Boyle said now that the residents bought the park, they have dedicated a bench to Syriac in an area that he mowed. He said the ribbon-cutting ceremony will be held as a remembrance. “He was a really cool guy. We all miss him,” Boyle said.

Asked how self ownership is going at Heritage Park, Boyle called it “Night and day. The changes we have been able to make, spending a little money in the park to make it look nicer, makes a huge difference.”

Boyle said before the residents bought the park, nobody talked to anybody else “I live in the front of the park, and wave and say hi,” he said, adding that before most people would turn away. “Now I compare it to the scene in the Wizard of Oz, when the house fell on the witch and all the munchkins came out. Now our community is a community.”

Improvements they have made include upgrading the electric to the park, adding street signs and new locked mail boxes, similar to those at the post office. They also received a park improvement grant of $500,000, which they will be using to upgrade the plumbing and pave all the streets.

“It’s one thing when you’re doing it for yourself and bettering the community. It went from a stagnant pool of water to a vibrant fountain. People are doing things, painting their homes and improving their yards. Everybody is starting to do things to improve their property. I never spent time in my yard. Now if the weather’s nice, I’m out there,” Boyle said.

The association has also redone the electricity in the former Rick’s Cafe, also owned by the park, which they will continue to improve and then rent out.

Boyle said the money for the bench was raised purely from donations from everyone in the park. “We felt it was extremely important. Al was the one steady constant through the storm; a great calming essence in the craziness. We miss him a ton. He had a great smile, and was a really good guy,” he said.