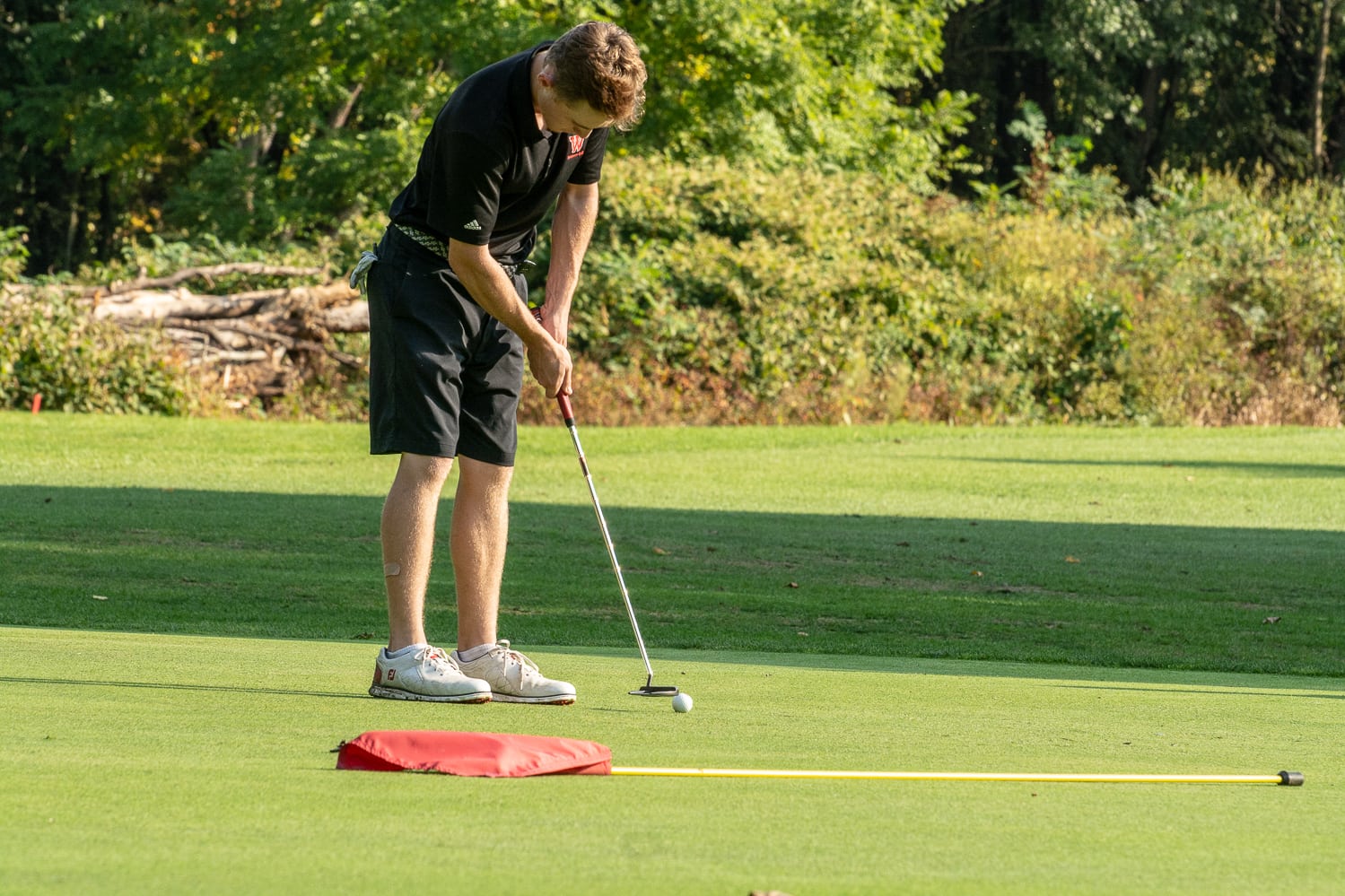 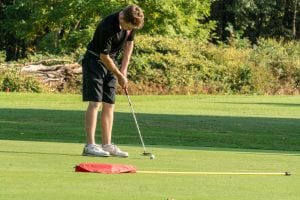 Two of the hottest teams in the Whip City, and in all of Western Massachusetts, for that matter are the Westfield football and golf teams.
On Friday night, Dakotah Moynihan rushed for four touchdowns to help keep the Westfield football team unbeaten at 5-0 with a 45-15 romp of Chicopee Comp.
Last week, Westfield senior golfer Jack Hogan medaled in all three matches as the Bombers punched their postseason ticket with a 9-2 record.
Hogan came out on top of the head-to-head matchup in The Westfield News MVP Facebook poll, claiming 54 percent of the vote.
Moynihan, need not fret, as he was the Week 4 MVP, following a four-touchdown performance against Agawam. He rushed for three TDs and threw for another to lead Westfield to a 48-14 rout.
While the Westfield golf team readies for the postseason, Bombers football prepares for a Friday night showdown with the Central Golden Eagles (4-1) at Berte Field in Springfield. Kickoff is at 5 p.m.