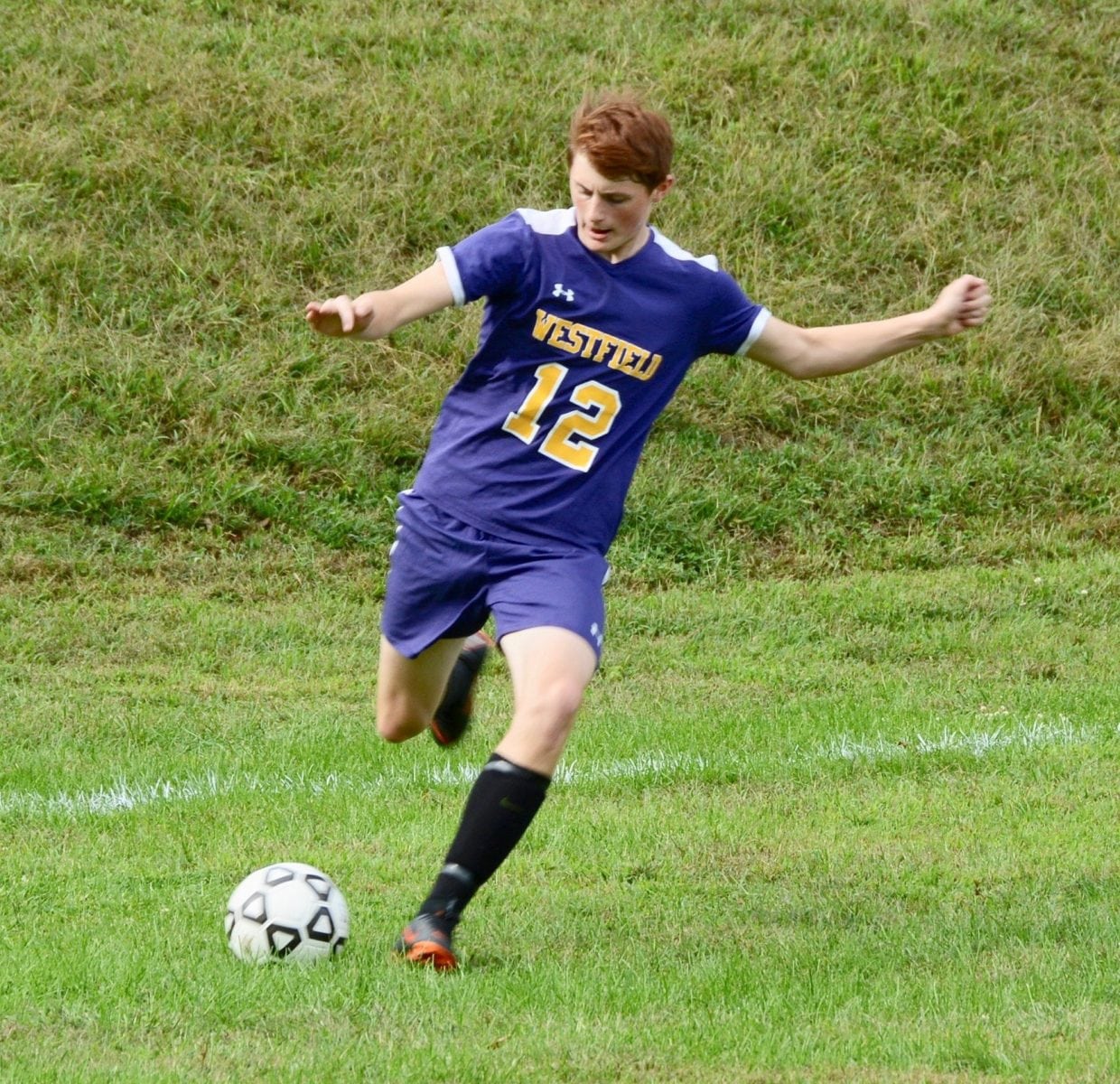 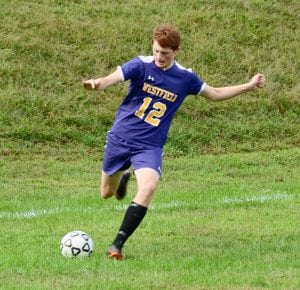 Frank Florek and the Westfield Tech Tigers improved to 9-0 Tuesday with a 3-1 win over Commerce. (Staff file photo)

WESTFIELD – They may not have had their “A” game, but you better believe in the Westfield Technical Academy boys soccer team.
Westfield Tech scored three goals and held off Commerce for a 3-1 victory Tuesday. The Tigers stayed unbeaten, improving to 9-0.
Vitaliy Borodin scrambled in front of the net for a second goal, and assisted on another for Westfield Tech.
On Borodin’s second effort – the team’s third – the Tiger made a tremendous effort to keep the ball in on the corner, beat his defender, and set up Simion Mocanu for the score.
Westfield Tech’s Adam Strycharz scored a beautiful header on a great cross from Frank Florek for the team’s first goal.
Dan Kontsimal, Dave Tikhonchuk, and Brody Paquette delivered a solid defensive effort.
With the win, Westfield Tech qualified for the postseason with a 9-0 record.
“There was little emotion after the game as the boys know they need to step up their game and play with more urgency,” Westfield Tech coach Kyle Dulude said. “We had not played for 10 days and it showed. We didn’t appear to be game ready.”
The Tigers coach did admit that despite a sluggish effort, the players should be commended for their accomplishment .
“All in all, everyone is happy but the boys need to push themselves to become better.”
Westfield Tech will be tested Wednesday when the Tigers travel to Easthampton to take on the Eagles, who entered Tuesday night unbeaten at 9-0.

Mounties shut out Gators
Mount Everett 2, Gateway 0
Mount Everett scored one goal in each half, and staved off Gateway (3-6-1). Gators’ Jon Foley and Preston Coffey each had two saves in net.

GIRLS SOCCER
Bombers soar past Spartans
Westfield 4, East Longmeadow 0
Four different players (Megan Alverado, Chandler Pedolzky, Annie Boisseau, Kaela Mochak) scored one goal apiece and Adrianna Arona made nine saves as Westfield (10-1-1) shut out East Longmeadow on the road.
Mochak, Alverado, and Nina Prenosil each had an assist.
Emma Pedolzky delivered another strong effort as well as Claire LaMarche and Ellen Jury in the midfield
“They may not appear in the statsheet,” Westfield coach Keith Saltmarsh said of his unsung heroes, “but they’re definitely pivotal to our success.”

Rams knot Panthers
Southwick 3, Palmer 3
Brooke Waitt scored 2 goals and Autumn Waitt had one for Southwick, which escaped Palmer with a tie. Waitt and Aelish McGivney each had an assist.
Southwick goalie Hannah Gerrish made 11 saves.