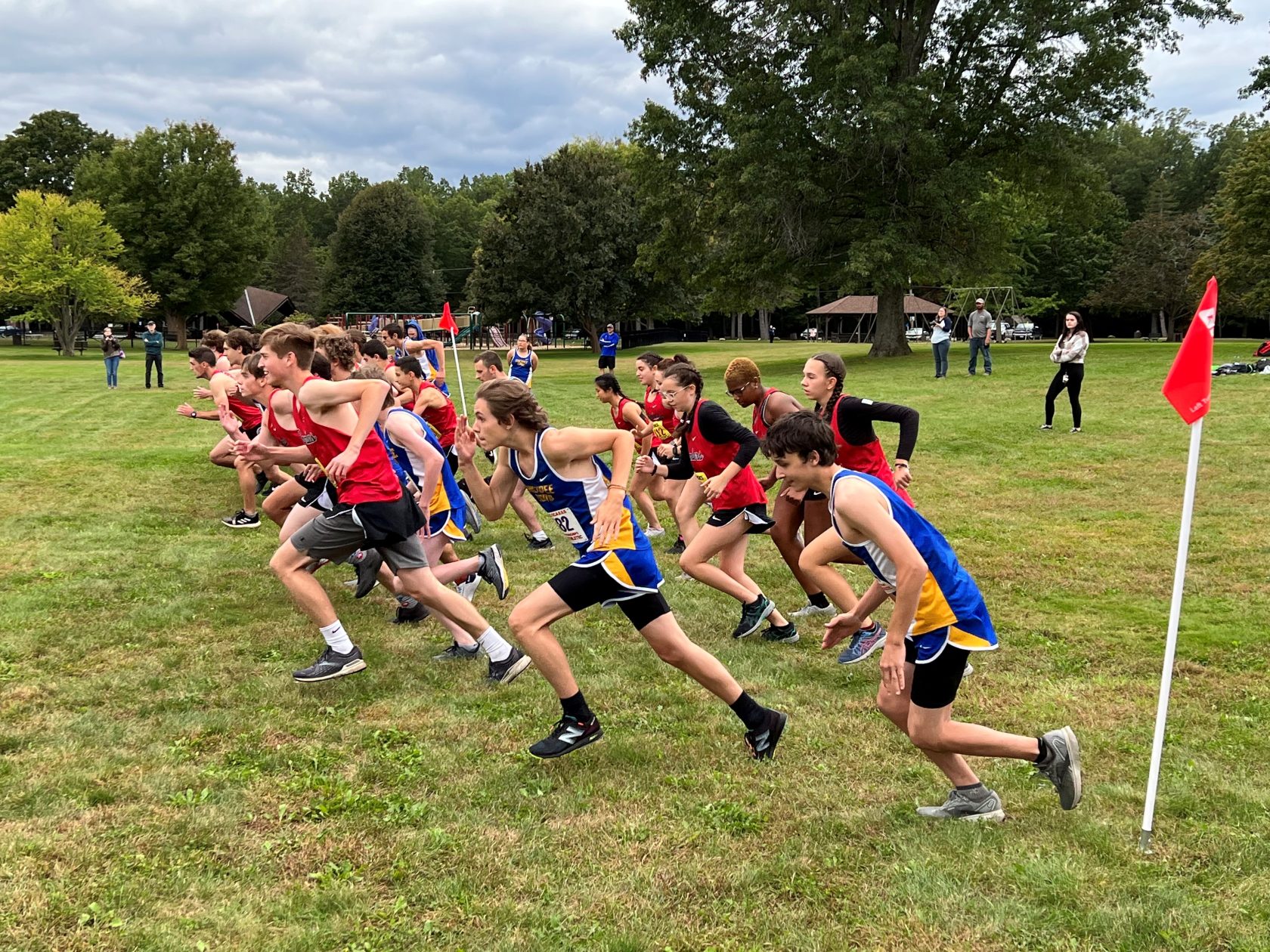 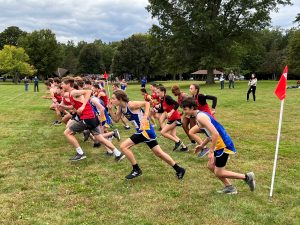 The Westfield and Chicopee Comprehensive girls and boys cross country teams all take off from the starting line Thursday at Stanley Park. (CHRIS PUTZ/THE WESTFIELD NEWS)

WESTFIELD – It may not be boxing but the Westfield High School cross country program delivered a 1-2 punch in their latest meet.
On Thursday, Westfield senior Antonio Phaneuf won the boys’ race against Chicopee Comprehensive at Stanley Park with a 17-minute, 26.78-second run. Bombers senior Jasmine Hooper finished first for the girls, recording a winning time of 25:56.
“We did some pacing work here last week – – one of my friends paced me on the bike – – and I think that really was a huge difference-maker for me,” Phaneuf said after the race. “I felt fast but I felt good the whole time. There were a couple parts where I slowed down a bit but I can still feel like I can go harder.
Phaneuf shot out of the starting line and quickly emerged from the pack out on the front side of the course which runs parallel to Western Avenue. By the time most of the runners turned the first corner, Phaneuf had already opened up a wide lead in a race to the back of the park.
“My strategy was to go out wicked, wicked hard and use a lot of those downhills to my advantage, and then try to hold on to that pace as long as I could,” Phaneuf explained.
A series of downhill areas presented runners with one of their first challenges about 1,000 meters into the course.
“I slowed down on the hills a little bit and the roller coaster right before you come out … but I picked back up the pace on the field (with the finish line in sight),” Phaneuf said. 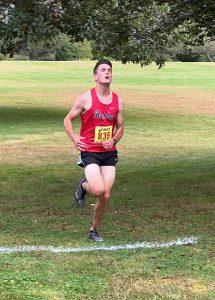 Phaneuf went on to finish with a personal best but he was not alone. In fact, seven other Westfield boys finished the afternoon with personal bests. Andre Phaneuf and Nicolas Krawiec placed fourth and fifth, respectively, with personal best times of 19:20 and 19:25. Bombers’ Walter Ninotti was 10th (20:22).
Christopher Flynn, Charles Darling, Lucas Morganelli, Matt Moriarty, Owen Ouimet, and Ruvim Arbuzov also posted personal bests for the Bombers.
“Our seniors and captains work very hard to push everybody – – it’s like I have a whole team of coaches,” Westfield boys cross country coach Kaycee Martinez said. “They drive each other every day to work even harder to improve.” “It shows and it’s paying off.”
It is also apparent that whatever Westfield High girls cross country senior Jasmine Hooper is doing is also paying dividends. Hooper completed the race in 25:56 for her first first-place finish this season.
Hooper soared through the mile loop, taking advantage of the flat, shaded circular part of the track while overcoming the more challenging hills. “You just have to make it through (the hills) as fast as you can.”
Westfield went on to sweep the top four spots in the girls’ race. Gianna Bellizia (26:24.91), Isabella DelMonte (27:26.25), and Ella Hamel (28:03.37) placed second, third, and fourth, respectively. Bombers’ Jaiden Caban was seventh. 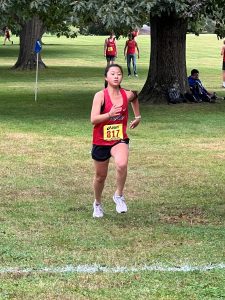 “I think it being my first season (coaching), the importance is having the senior take the role,” Westfield girls cross country coach Jennifer Gresty said. “They all really work together. It being a small, compact team, they push each other. The sportsmanship is definitely there. Thankfully Stanley Park is our home turf.”
Westfield’s hopes for a strong finish could get a boost from some home cooking. Stanley Park will serve as the host site for the Pioneer Valley Interscholastic Athletic Conference cross country championships (Oct. 30) and the Western Massachusetts cross country championships (Nov. 13).
“It’s so much better to have this place back,” Antonio Phaneuf said. “Words can not express my gratitude how grateful I am to be racing here this year.”

GIRLS SOCCER
Hornets buzz past Tigers
McCann Tech 5, Westfield Technical Academy 0
Lindsey Deland made 11 saves for Westfield Tech (3-3-1), which was coming off of a tie against McCann just two days earlier. The Tigers return to action Monday against Putnam.