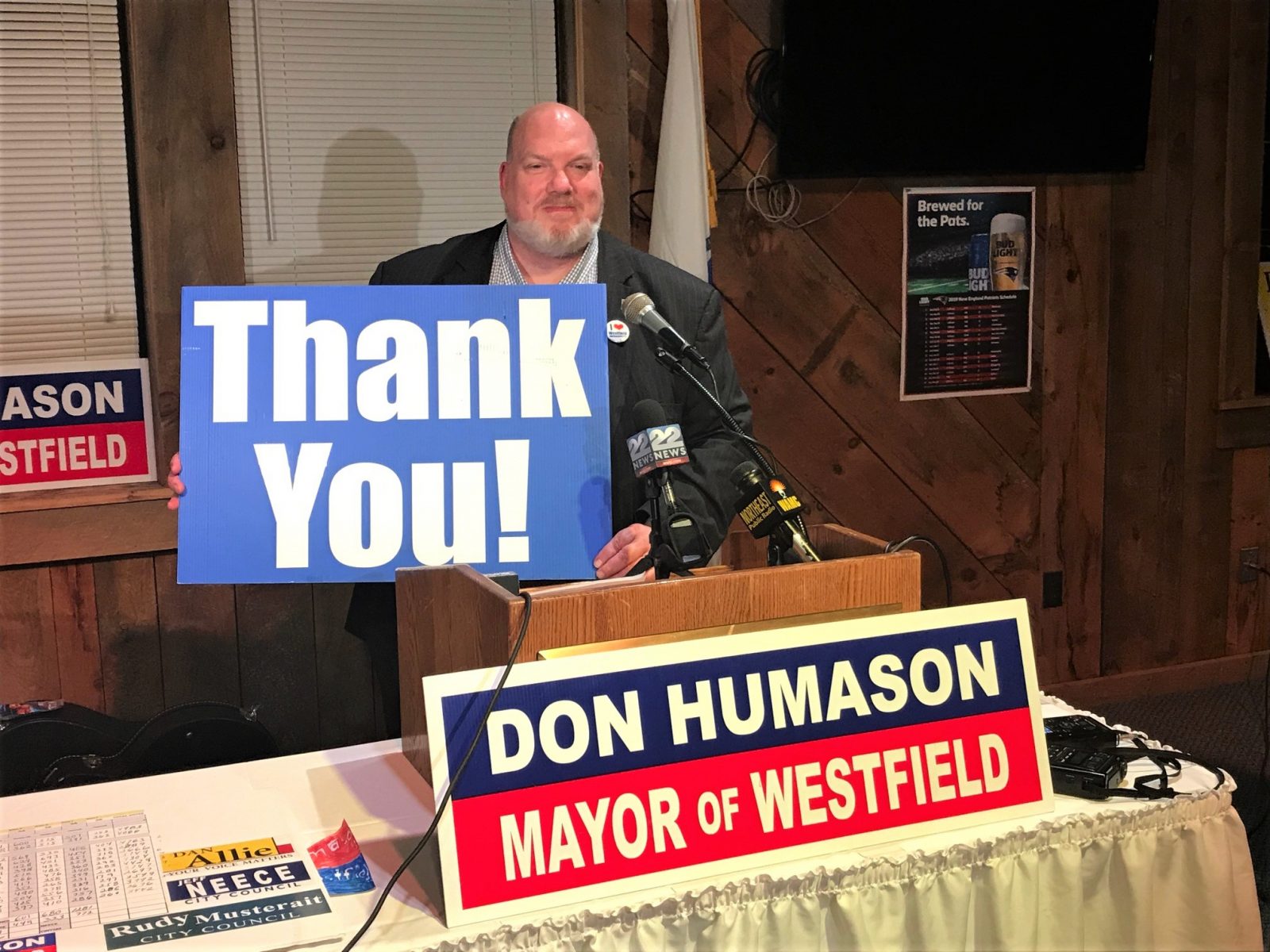 WESTFIELD – State Sen. Donald F. Humason Jr. Nov. 20 said farewell to his fellow senators during his last Senate session as he prepares to take over the corner office in City Hall.

Humason, Westfield’s mayor-elect, thanked his family and colleagues, as well as his constituents in the 11 communities that he represents in the 2nd Hampden and Hampshire District.

“I especially want to thank the people of my district: Agawam, Southwick, Granville, Tolland, Russell, Montgomery, Southampton, Easthampton, Chicopee, Holyoke, and Westfield — the people of the 2nd Hampden & Hampshire District who voted for me and gave me this chance to serve,” he said.

“I thank them for this chance to work with all of you for the good of this Commonwealth. I will now be transitioning from the role of senator to the position of mayor. I was honored to win in a very close and hard-fought race on Election Day and I will be sworn in on Jan. 6. My resignation from the Senate will most likely be effective that week.”

Humason said he is proud of his perfect roll-call record and hat he did not miss a vote. He told the Senate that he looks forward to his new role.

“Like Senator Hedlund and Senator McGee before me I will now be the chief executive of my city,” he said during his address. “I will take the skills I have honed and the experiences I have had with all of you learning and debating the budgets and bills and bonds and important issues of the day. But most of all I will take with me the collegial and collaborative style that members of this body so easily employ.”