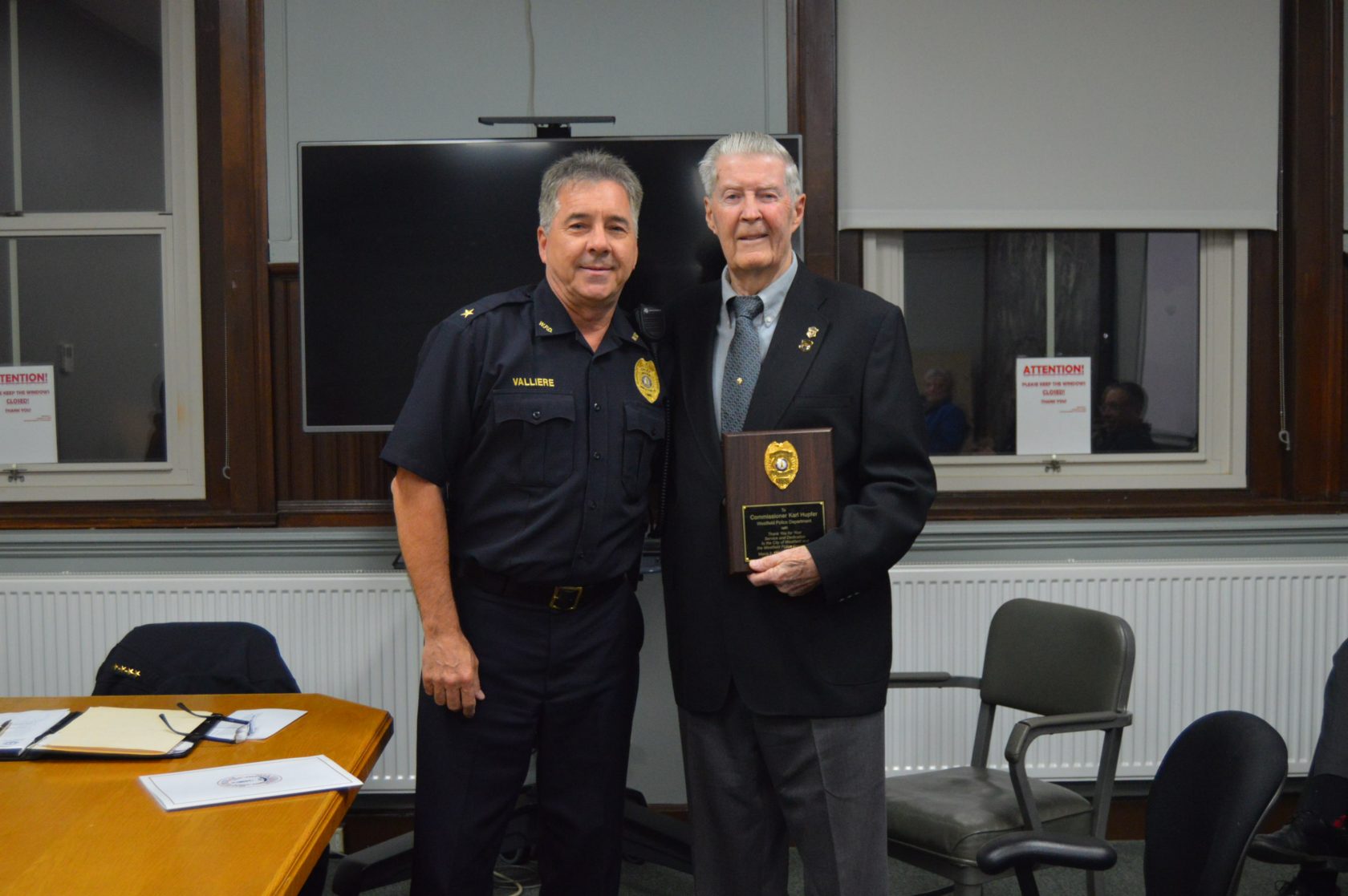 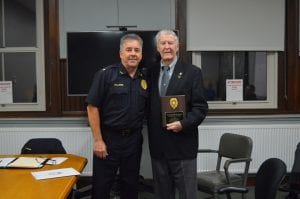 WESTFIELD- For the first time in 25 years, Police Commissioner Karl Hupfer attended a commission meeting as a member of the public instead of as a commissioner.

Hupfer was honored during the Nov. 12 Police Commission meeting following his retirement last month. He was presented with a plaque made in his honor and police and city officials all expressed gratitude for his time on the commission.

Hupfer then took the opportunity to thank the Police Commission and the Police Department, describing them as “second to none.”

Police Chief Lawrence Valliere then took the time to read a letter of thanks to Hupfer, and presented him with a plaque made in his honor.

“On behalf of the Westfield Police Department, I would like to extend our sincere gratitude for your tireless service to the city, and more importantly, the police department,” said Valliere, “Your life experiences to include being a veteran serving in the United States Marine Corps and retiring as a Major in Massachusetts State Police, brought true professionalism to the commission. Your 25 years of service helped shape who we are as a department. You are well known for your fondness of the State Police but you always speak of how proud you are of the men and women in this department. We truly appreciate all that you invested to help us become one of the best police departments in the state.”

Commission Chair Leonard Osowski joked that it had been an “interesting” 22 years since he joined Hupfer on the Commission, drawing laughter from the audience.

“In a good way. I learned a lot, and we’re going to miss you. There’s no question about it. I don’t want to get all teary eyed in all this, but it was really and I really enjoyed it,” said Osowski.

Commissioner Felix Otero described Hupfer as his mentor and that he had learned from Hupfer in his own time as commissioner.

“Karl, all I can tell you is that it has been a pleasure. I’ve learned an awful lot from you and you have been my mentor. And I really am sad to see you leave. But you’ll be around. I’ll give you a call,” said Otero.

Police Capt. Jerome Pitoniak, who was in the audience, said that he had to thank Hupfer because he was one of the commissioners who first appointed him as a reserve officer and made all of his promotions since.