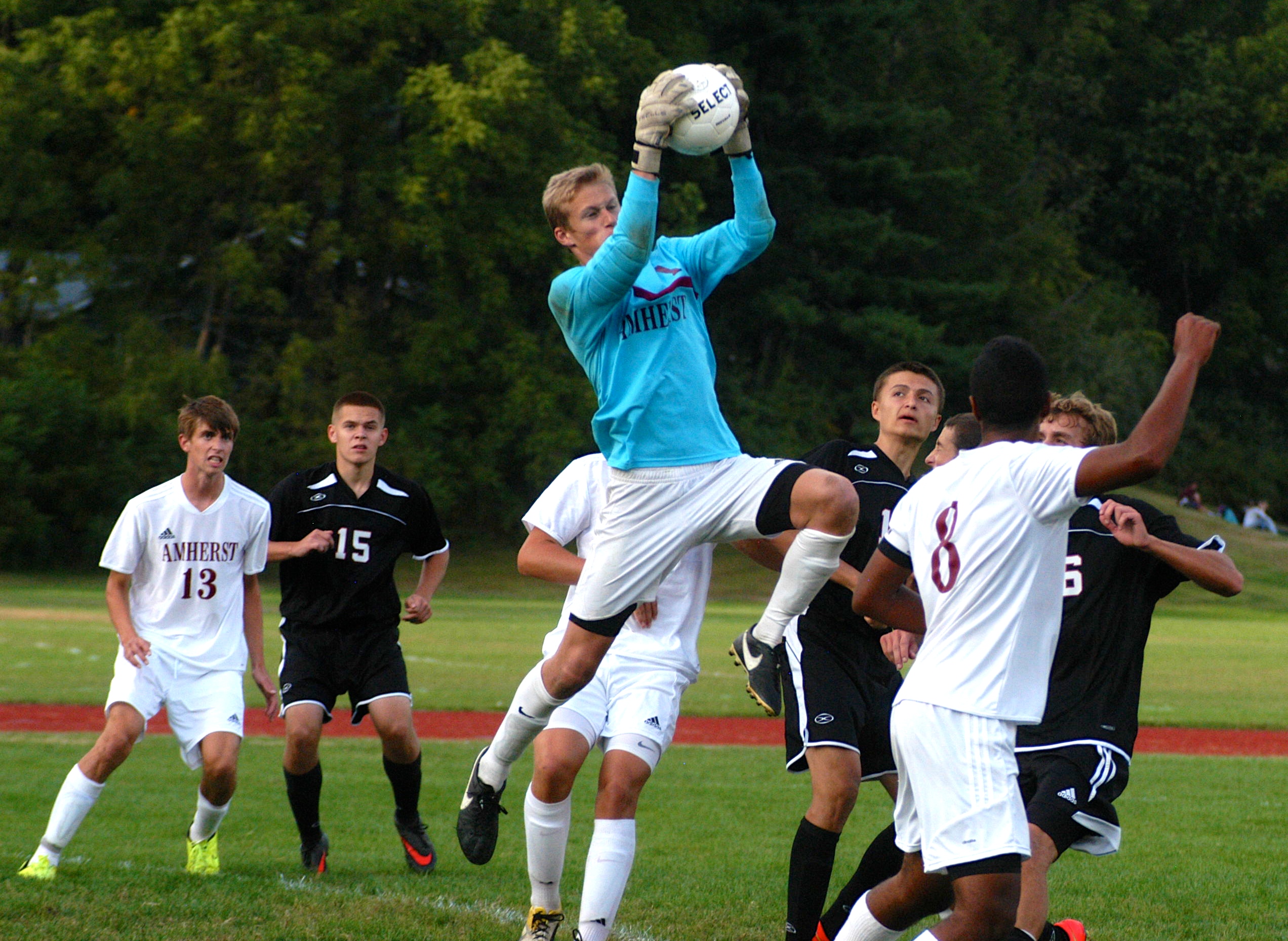 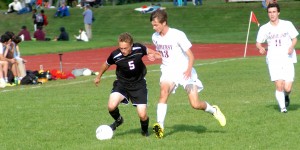 Westfield’s Matt Chlastawa (5) holds off Amherst while dribbling the ball out along the sidelines. (Photo by Chris Putz)

WESTFIELD – The Westfield High School boys’ soccer team got swept up in a Hurricane Thursday, a lot them, in fact.
The Amherst Hurricanes overwhelmed the Westfield Bombers 6-1 Thursday.
Matt Butera tallied the lone goal for Westfield, a second half score.
“In my opinion, Amherst is the best team in Western Massachusetts by a … margin,” Bombers’ coach Andrew Joseph said. “It wasn’t for lack of effort. It wasn’t for lack of organization, or anything like that. We just got straight up beat.”
Westfield’s Ian Saltmarsh and Ryan Fitzgibbons shared duties in goal.
Said coach Joseph: “The goals that Amherst had were unsaveable.” 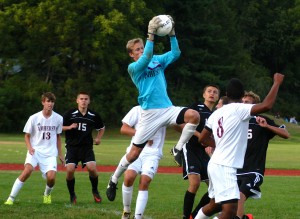 Amherst’s goalkeeper keeps the ball away from the Westfield offense Thursday. (Photo by Chris Putz)

After playing its third goal in four games, Westfield will have a chance to catch its collective breath. The Bombers will enjoy three days off before returning to action Monday against Agawam at home at 4 p.m.

SAINTS NO. 2 IS TOPS
GOLF
St. Mary 19, Easthampton 5
St. Mary’s No. 2 golfer, Dom Ceccarini, shot a match-low 40, Matt Wurster was second-best with a 45, and Ashton Bourbonnais shot a 46 to lead the Saints to victory on the road at Pine Grove Golf Course.

KING ON THE COURSE
Monson 16, Westfield Voc-Tech 8
Westfield Voc-Tech’s No. 1 golfer Matt King was also the top golfer Thursday on the road at Quaboag Country Club. He shot a 37.
Tigers’ Jake Parsons finished with a 44.