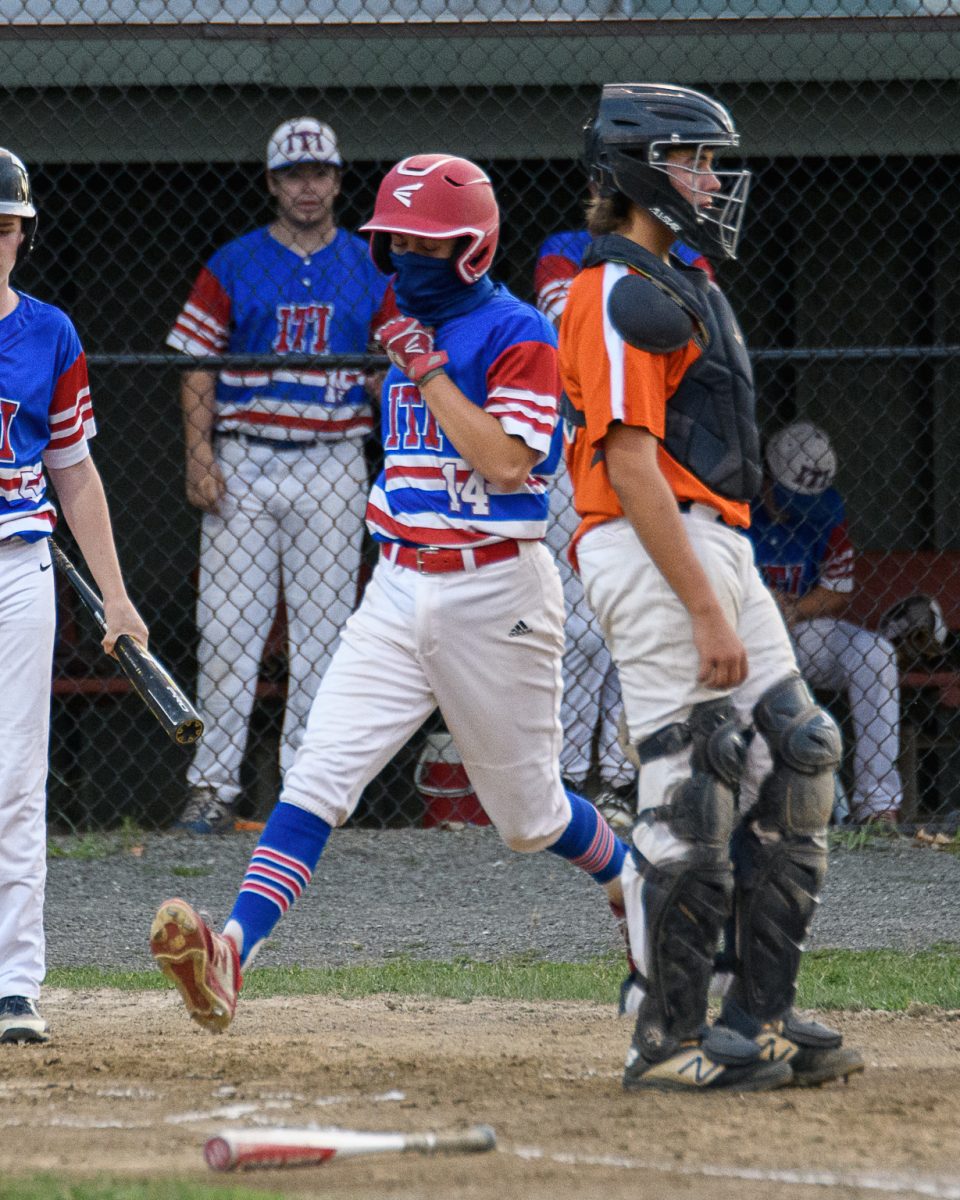 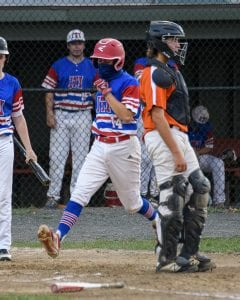 WESTFIELD – It may not have been a journey through the wilderness, but it was definitely a wild outing that led to ITI’s trip to the Greater Westfield Babe Ruth Baseball Dan Welch City Cup finals.
Fueled by eight Westfield Bank errors, No. 1 ITI overwhelmed fourth-seeded WestBank in a mercy-shortened, six-inning loser’s bracket final 18-6 Tuesday night at Bullens Field.
The first inning was a Jurassic-sized adventure, littered with walks, errors, stolen bases, and a hit batsman. It was a sign of things to come.
Westfield Bank came out flying.
Shea Byrnes lofted a long fly ball over the left fielder’s outstretched glove with the bases loaded in the top of the first inning to give Westfield Bank a short-lived lead, 3-0.
In the bottom half of the first, Ryan LaPoint reached on a one-out walk, advanced on a botched pickoff attempt, and scored on an infield error to give ITI its first run of the game. Paul Lawry followed with a single. With two outs, Nicholas Lenfest walked to load the bases. A hit-by-pitch scored a run. Then, Bryan Bolio smacked a two-run single to left-center field for a 4-3 lead. 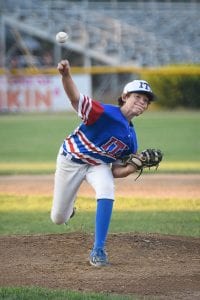 After a relatively quiet second inning – both teams retired the side 1-2-3 – ITI struck for four more runs in the bottom of the third. The big hits included a Ryan LaPoint RBI double and a hard hit ball by Nicholas Lenfest with the bases loaded that plated three more runs. ITI led 8-3.
Westfield Bank bounced back with a run in the top of the fourth when Joey Calderella hit a RBI single.
ITI recaptured the run and quite a bit more in the bottom half of the fourth with two bases-loaded walks, one each from Ryan LaPoint and Kyle Scherpa; an Aiden Poirier RBI single; and an infield error, resulting in two more runs. The home team team led 13-4.
Byrnes continued his hot night at the plate in the sixth inning, plating two runs and pulling Westfield Bank within 13-6 with a single to right field.
The seventh inning was unkind to Westfield Bank. Five errors, two wild pitches, and a hit-by-pitch with a few base hits sprinkled in ended the onslaught.
Lenfest earned the victory on the mound for ITI. He recorded six Ks.
ITI advances to play No. 2 Batter’s Box in the City Cup championship Thursday at Bullens Field at 7 p.m. If Batter’s Box wins the game, they will be crowned champions. If ITI hands Batter’s Box its first loss of the double-elimination tournament, the two teams would meet once more Friday night at 7.