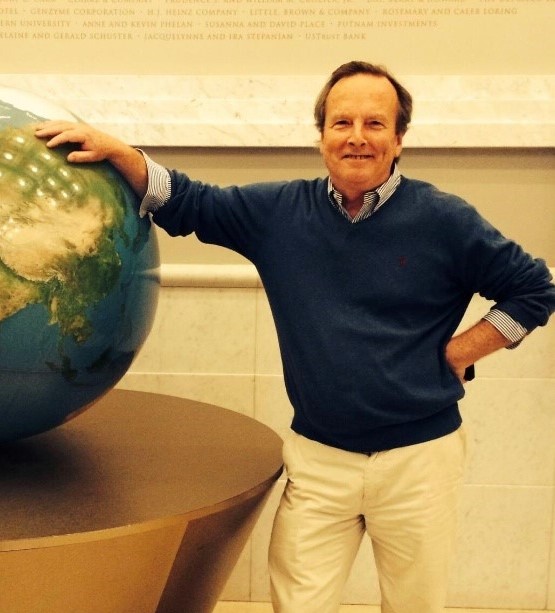 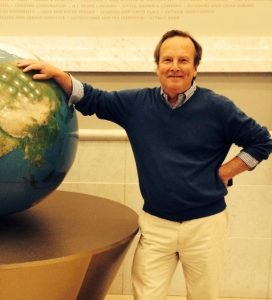 WESTFIELD – James M. Rohman (Jim), passed away unexpectedly but peacefully in his sleep of natural causes at his home in Westfield, Massachusetts on July 5, 2022. He will be missed beyond words by his only child, best friend and daughter, Chelsea, whom he had walked

down the aisle, in a gorgeous seaside Connecticut wedding just ten days earlier. He will be deeply missed by his son-in-law, Nathan S. Jackson, “the consummate gentleman” as Jim would often say. Jim and Nate worked alongside each other at MassMutual. Also mourning are his mom, Patricia A. Rohman; his older brother Tom (Anne) Rohman; his five younger sisters, Ann (Ralph) Palumbo, Jane (John) Bianco, Mary Rohman, Nancy (John) Watkins and Susan (David) Arpin; several nieces and nephews and their families; Jim’s former wife and dear friend, Kate, along with her two daughters (Chelsea’s sisters), Caroline and Chloe Alonzo, whom he adored; several work colleagues, friends, and Chelsea and Nathan’s circle of friends.

Jim was predeceased by more than a decade by his father, Paul J. Rohman Jr., whom he adored and still thought about every day. Indeed, the only solace from Jim’s untimely death for Chelsea is imagining “Dad and Grandpa in heaven on a cloud seated at a table across from each other – golden retrievers nestled at their feet – the bright red oversized Merriam-Webster dictionary splayed open as they work feverishly for hours on the Sunday New York Times crossword puzzle.” That was their thing and forever will be.

James Michael Rohman was born in Grand Rapids, Michigan on September 26, 1956. He later moved to Park Ridge, Illinois where he attended Mary Seat of Wisdom. In 1968, the family relocated to Weston, Connecticut. At Weston High School, Jim played right wing on the soccer team where he was known for his well-played corner and bicycle kicks. He was always proud to play on the team under Coach Wrubel whom he admired. Many of his teammates and friends from high school became lifelong friends. He would later attend Denison University in Granville, Ohio and play college soccer. For a while, he left school to bartend at the famous Mucky Duck restaurant in Captiva Island, Florida, which he always loved to tell stories about. He then graduated from Sacred Heart University in Fairfield, Connecticut with a Bachelor’s Degree in Science.

Jim spent the early part of his career working on Wall Street as a bond trader. His career in finance flourished from there. He worked alongside his father at Prudential Securities, then went on to Ameriprise Financial and happily ended up at MassMutual where he would eventually work with his daughter and son-in-law. He so enjoyed MassMutual and his colleagues who became a big part of his life. Jim had just celebrated his 15th anniversary with the company.

Jim is remembered for many things. As Jim’s best friend remarked, “Jim always put others first and smiled with his heart.” He never knew a stranger; everyone was a friend. He loved going out to lunch. It wasn’t dinner. It wasn’t breakfast. It was always lunch. He was really good at math, as Chelsea and Kate would say, “He was a Mathematical Genius.” He was proud of his days as an Eagle Scout and still kept all his badges. He adored animals, especially his golden retriever Ellie Mae who is now up in heaven with him. One of his favorite past times was driving in his Mustang convertible, riding top down with his Ray-Bans on. He cherished a good day seated around the table with family and friends and laughter.

Jim and Chelsea had a bond that could not ever be put into words. They were each other’s rock through everything that they went through in life together. Chelsea’s memories and stories of him will forever be shared because she was and always will be so proud that he was her Father. In his final days, he was beaming and blissful after giving a wedding that was a complete dream come true.

Chelsea and Nathan, with tremendous gratitude, acknowledge the City of Westfield Police Department, namely, Officer Sienkiewicz and Officer Evans. Your professionalism, thoroughness, patience and grace in those awful moments will never be forgotten. Furthermore, to Jane and John Bianco, Luc and Shari Menard, Kelli Davenport, Kate Dunphy, and Becky Brill; thank you for literally dropping everything in that moment to come be with us. Collectively and individually, you all helped us more than you will ever know.

Chelsea and Nathan have chosen to and are preparing for a “Celebration of Jim’s Life” gathering in the near future, details to follow.

In lieu of flowers, donations can be made in Jim’s name to Yankee Golden Retriever Rescue, Inc. – ygrr.org – a charity that Jim had donated to and felt strongly about.