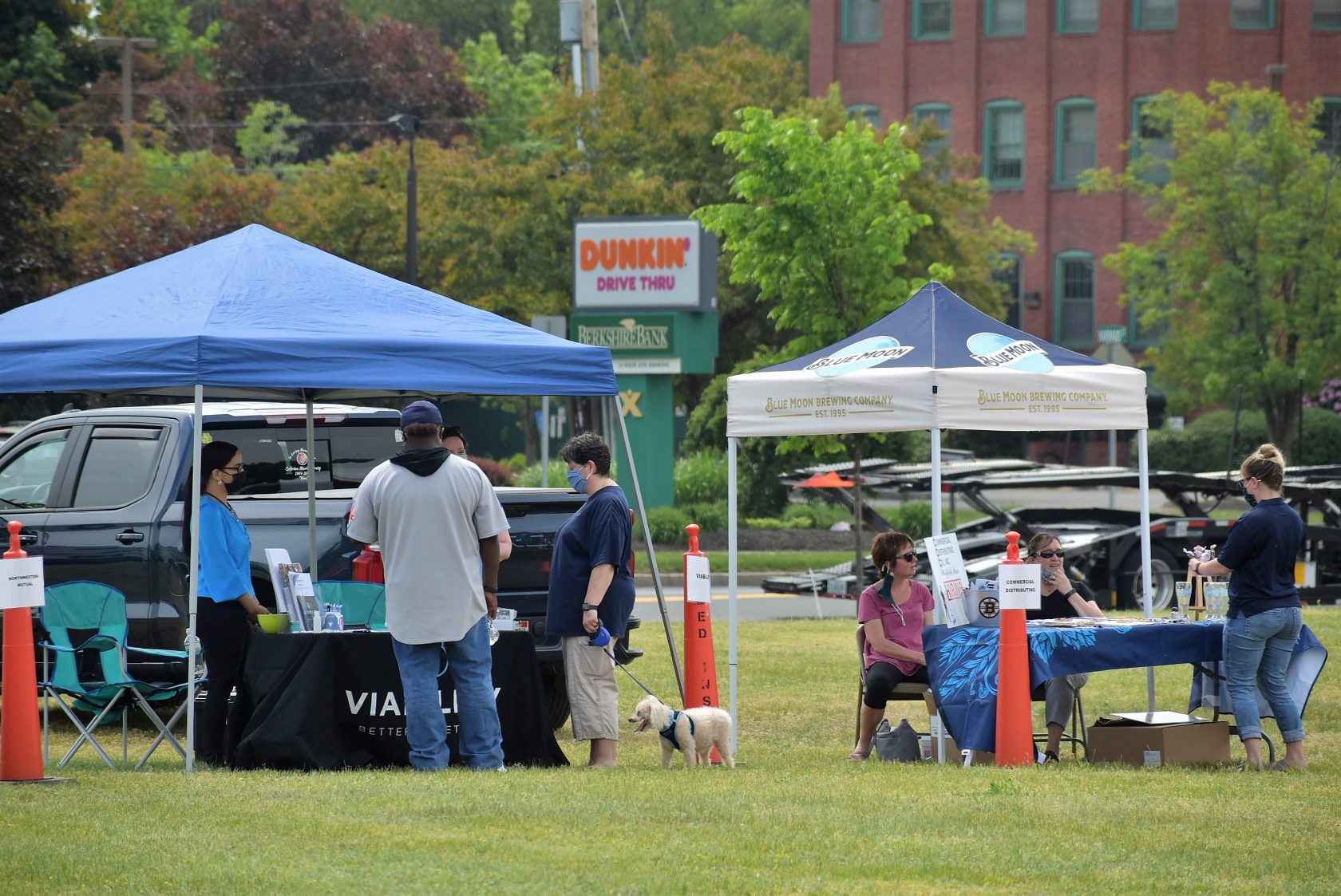 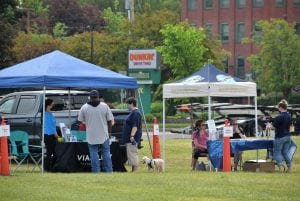 Local companies set up tents on the Mestek Lawn for the May 22 job fair. (HOPE E. TREMBLAY/THE WESTFIELD NEWS)

WESTFIELD-With close to 100 area residents attending the Job Fair on May 22, sponsored by Mestek, Inc. in collaboration with the Greater Westfield Chamber of Commerce, event organizers are hopeful that more businesses will be interested in participating in a similar endeavor in the late summer or early fall.

“I was pleasantly surprised with the turnout,” said Eric Oulette, executive director of the Westfield Chamber. “We had a dynamic group of employers and Mestek did a great job promoting the Job Fair and setting up the tents for businesses.”

Oulette, who recently took the helm of the Chamber, noted he was eager that day to meet the company executives participating in the event as well as the job seekers.

“We were giving job seekers our membership directory,” said Oulette, adding, “We had a mix of folks seeking different employment options.” 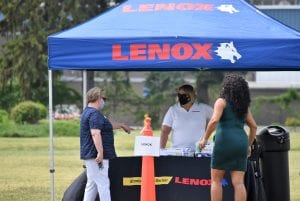 Lenox was one of several companies seeking employees at the May 22 job fair hosted at Mestek. (HOPE E. TREMBLAY/THE WESTFIELD NEWS)

Participation in the Job Fair was free for companies that are Chamber members, and nonmembers were charged a $25 fee.

“I was surprised we didn’t have businesses related to restaurants and the hospitality industry,” said Oulette, adding he is hopeful that more companies will want to participate in the next event that is still in the planning phase.

“Many people were from Westfield who want to work in the city,” said Letendre, adding, “One applicant is returning to Westfield from eastern Massachusetts.”

During the course of the 10 a.m.-noon event, 18 candidates completed Mestek applications, six provided resumes, and others took applications to complete at home or online.

“The people who attended the fair had a variety of backgrounds,” said Letendre. “Some had manufacturing experience while others were looking for a career change into manufacturing.”

“Overall it was a well-attended event since it was the first job fair in Westfield since the start of the pandemic,” said Letendre. “It was encouraging to talk with motivated candidates seeking employment.”

Kellie Brown, director of operations at the Boys and Girls Club of Greater Westfield, shared a similar sentiment.

“The people that came to the table seemed very interested in positions,” said Brown, adding she had received four resumes during the morning event.

“There was definitely interest and I did receive two follow-up emails so I will be interviewing them,” she said.

“I had information on several positions,” said Lobdell, adding the organization is a new Chamber member.

Oulette said he was encouraged by the turnout and considers the event a “success.”

“We had a lot folks applying for jobs with a mixed range of kids from 18 to adults in their mid 50’s,” said Oulette. “The Chamber is here to help companies grow and we look forward to more events like this in the future.”