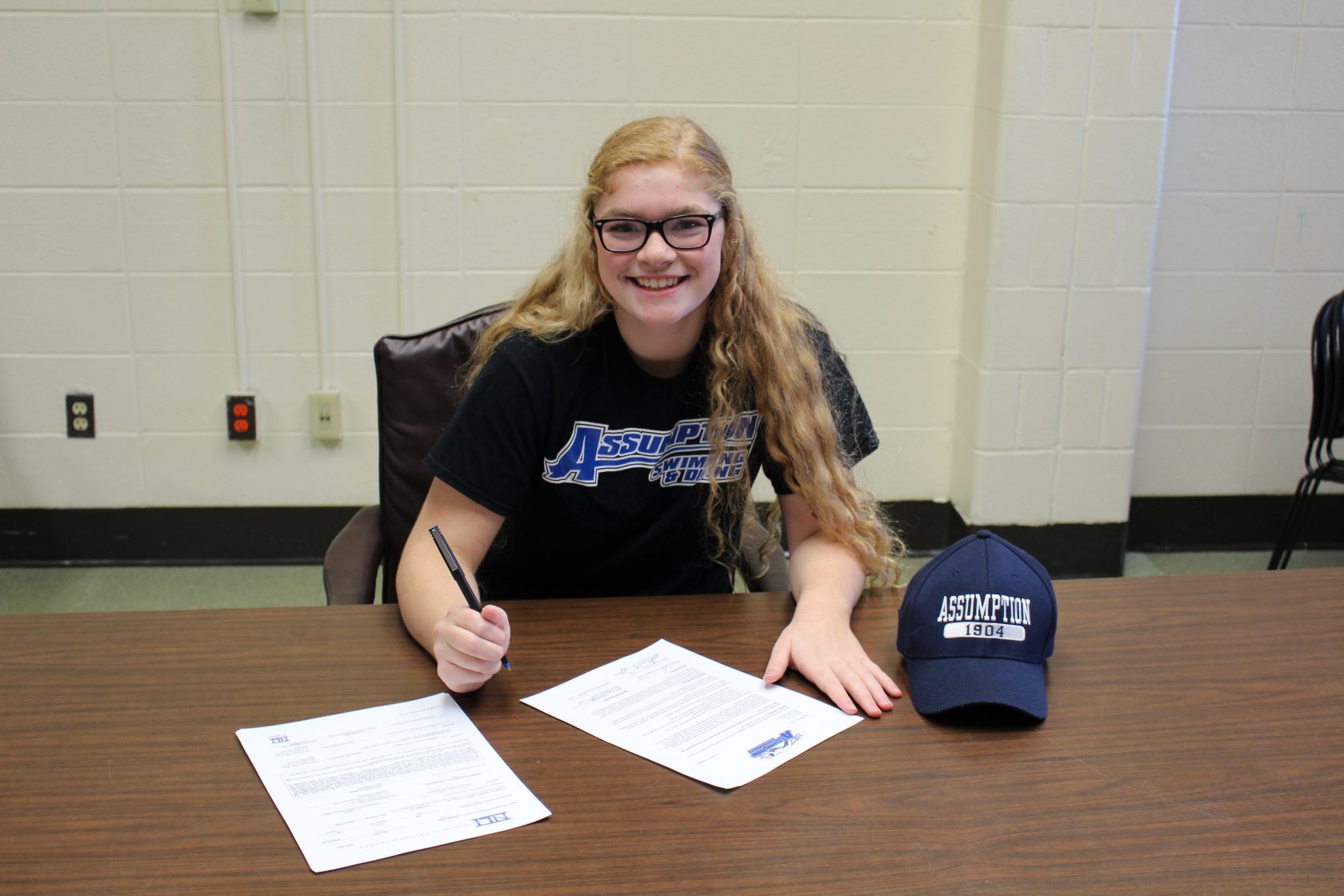 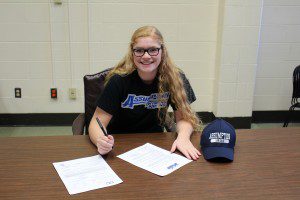 WESTFIELD – Westfield High School senior swimmer Kelsey Johnstone will soon be making waves at the next level.
Last Friday, Johnstone, who has been swimming for the last 11 years, signed her National Letter of Intent commitment to swim for Assumption College (Worcester) in 2016-17.
“I started with the Boys and Girls Club team and then swam with the Westfield YMCA’s Wave swim team,” Johnstone said. “Swimming in high school was different because it is more of a team atmosphere and that made me love swimming even more. Coach (Jamie) Bloom and Coach (Tom) Lewis challenged me and helped me grow as a swimmer.”
As a member of the Westfield YMCA National Team, Johnstone has been to Greensboro, N.C., and Indianapolis, Ind., representing the YMCA at the spring and summer National Championships each of the last three years.
Johnstone is entering her fourth year as a swimmer for Westfield High. 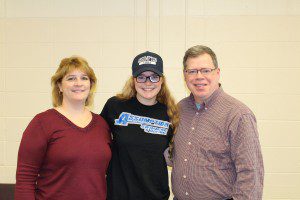 In her sophomore year, the Bombers’ swimmer finished fifth in the 100 backstroke at the MIAA State Division 1 championships. She backed that up as a junior with outstanding swims in the 200 IM and 100 breaststroke at the Western Mass championships where she finished second in both those races. In the 200 breaststroke, she broke a school record with a time of 1:07.82. She then went on to finish in the unique (unprecedented) position of tied for third in both her events at states.
“Having the ability to swim at the collegiate level is exciting,” Johnstone said. “It is a goal that I have always had and I worked hard to get here. I really like Assumption’s Head Coach Stuart Cromarty. He made me feel very welcome and an integral part of the future of Assumption Swimming.”
“Assumption College is a great fit for me because I can swim and pursue the academic field that I want,” she explained. “I will be studying psychology with a concentration in physical therapy. This will allow me to work towards my dream of a career in physical therapy.” – Courtesy of Westfield High School Sports Department 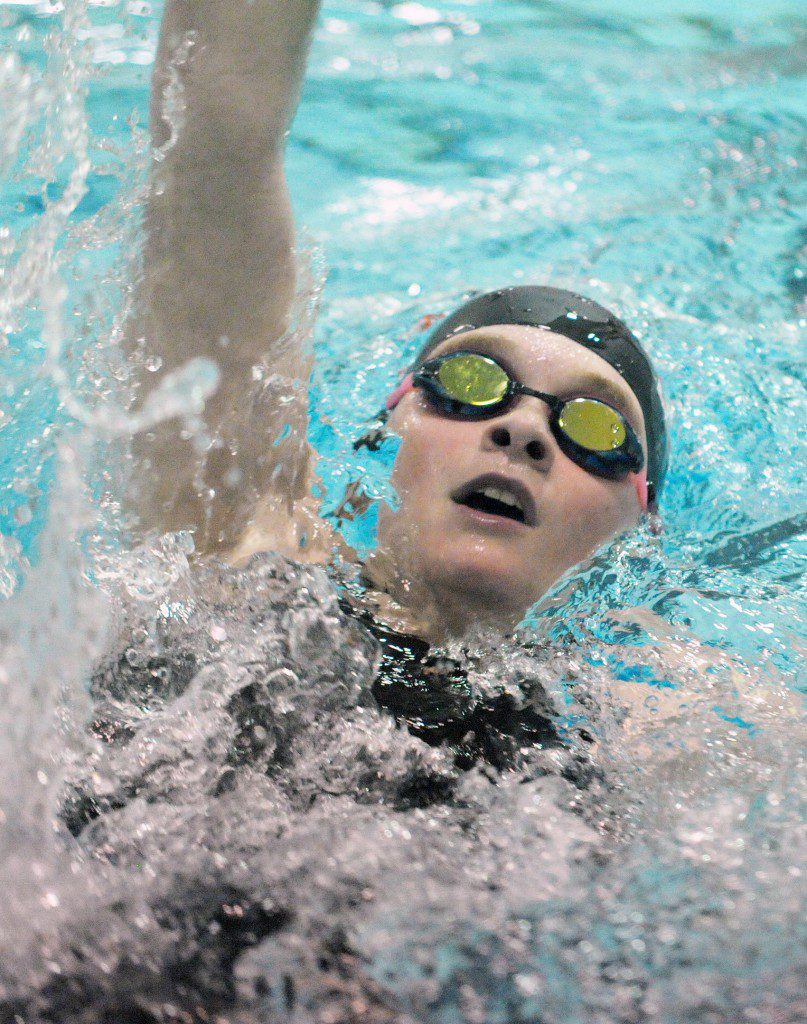