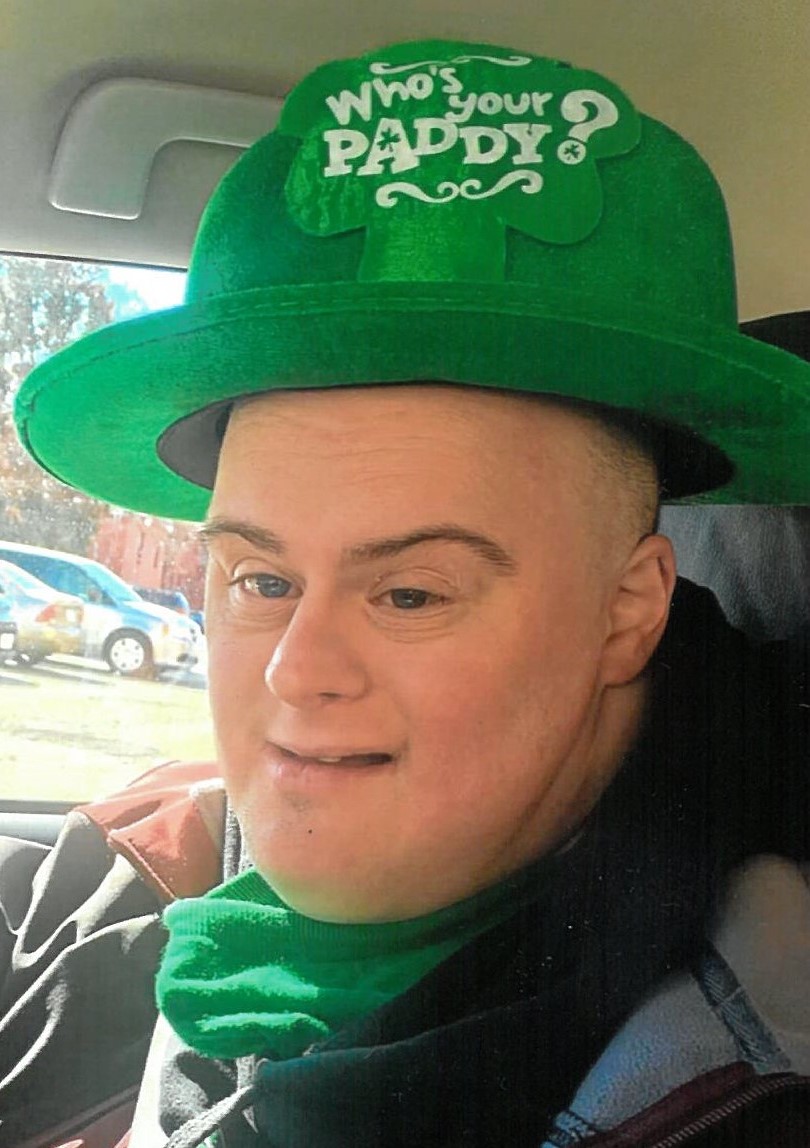 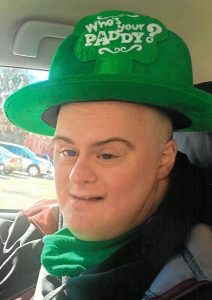 HOLYOKE – Jonathan David Paul (JP, Jon-Jon, Jon, Jonathan, Axel Foley) peacefully passed away November 22, 2022, ending his 2-year battle with dementia. Born February 20, 1978 in Milford, CT to Robert and Christina Paul. Jon was raised in Westfield and graduated from Shrewsbury High School, with extended weekend field trips to UMass to visit his brother Shawn. Jon, along with his father, earned their 3rd degree membership with the Knights of Columbus, Council 4181. Jon has been residing for the past 14 years in Holyoke at a shared home with his four buddies, Andrew, Terence, Eric and Sean.

Jon spent many long weekends, vacations and holidays with his parents and brothers in Westfield/Southwick, Granby CT, Daytona Beach FL, Albuquerque NM, and Lakeside MT. Jon (JP) most recently worked for Valley Educational Associates in Springfield and Chicopee performing different packaging tasks, but mostly enjoyed his time with the staff “working in the office”.

Jonathan was the center of life for his immediate and extended family, with his unconditional love for everyone and a cavalier attitude, yet loving affection. Jon’s immediate family includes his brothers; Bob/Bucko (Michele), Shawn/Shawnpaul (Alice), Christopher/Der (Lori), sister-in-law Sheila (predeceased), nephews: Bobby, Ben, and Nate; nieces: Emily, Avery, and Addie, and Jon’s best friend and soul mate Jason, whom for over 20 years had legendary Sunday adventures to parks, movies, beach, DD and more. Christmas Eve and Christmas Day the Paul-Sullivan clan celebrated as one large family watching James Bond movies, waiting for Santa and opening extraordinary gifts from Jon, if you made his list! Waffle irons, slippers, robes, and unmentionables from Victoria Secret were the norm, followed by raising of hands for Jon’s predinner grace. Growing up Jon was quite the Special Olympic athlete, receiving numerous gold medals competing in swimming, basketball (special thanks to coach Rivera), golf at Kamp for Kids with Mr. Tom DiRico, soccer with pal Pam, and track and field. Swimming was by all means Jon’s favorite event growing up. His swimming skills were acquired at camp Togawauck with Mr. Keith, his brothers in the family pool, and camping/boating at Otis Reservoir.

Jon had an infectious smile. It was that smile, along with his bright blue eyes, and sly smirk that would tell you when he had something hilarious to say! Jon had an uncandid way to share wisdom and love, expressed at gatherings with friends and family during special events, weddings, and birthdays, which will continue to fill our hearts with love and joy.

For 30 years, Chris S. and Caroline A. were always there for Jon. Jon loved his Beaudoin home and all of the Service Net Family (Abraham, Francine, Noor, Drew, Moor, Abdul, Amity, Jashi, Susanna, Janet, Moses). His Mom and Dad will never forget the love and care you all gave our Jon over many years and up to the moment of his passing. Bless you all and thank you! Sandra you will always be Jon’s ‘other’ Mom. He loved you; we love you all.

Calling hours for Jon will be held on Sunday, December 4th, at Firtion-Adams Funeral Service, 76 Broad Street, Westfield from 2-5 pm. The funeral will be held on Monday morning at the funeral home at 10 am. Burial will follow in St. Mary’s Cemetery. Firtionadams.com