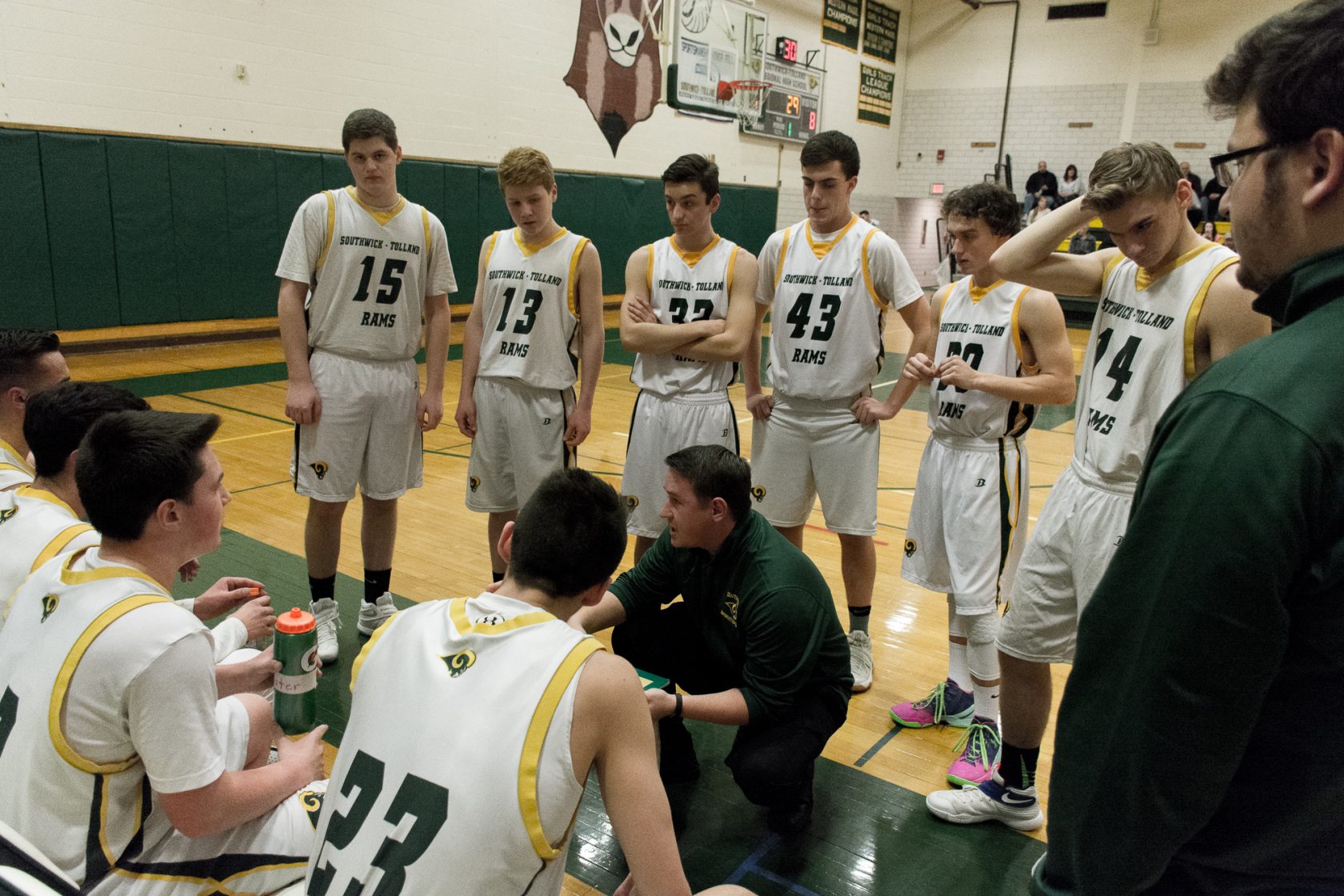 SOUTHWICK – It might not be Middle-earth, Narnia, or a galaxy, far, far away, but one local sports team is about to begin a quest it has not taken in quite some time.
For the first time in six years, the Southwick-Tolland Regional High School boys’ basketball team will compete in a postseason tournament.
“It means a lot,” said senior guard Matt Daley, a three-year starter. “We waited for years for it. We worked hard throughout the four years. We waited a long time, and it just proves that it works out in the end if you keep grinding and work hard.”
Southwick (10-10) qualified for the Western Massachusetts Division III tournament by going .500 this season. 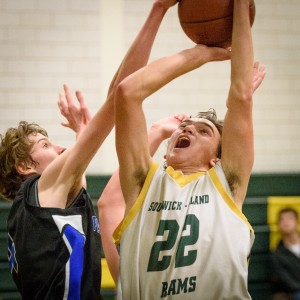 “We’ve been working day in and day out, struggling,” senior forward Ryan LeClair said. “We’ve been playing the same teams over and over again. We’ve got beaten up since our sophomore year, so it was big to finally get that 10th win.”
The 13th-seeded Rams will travel to Orange to take on No. 4 Mahar (18-2) in the opening round Monday night. Tip-off is at 7.
“This has been our goal the last two seasons,” said Southwick third-year head coach Dylan Dubuc. “To accomplish it this year, in my third year of coaching is a step in the right direction.”
Southwick has shown steady improvement under the tutelage of Dubuc. The Rams won just three games two seasons ago before improving to 7-13 a year ago. This season, six of their 10 losses were by seven points or less as they made the next jump – into the playoffs.
“The first couple years were definitely rough,” Daley said. “We stepped up last year. This year we finally got to 10-10. Now, we’re going to try and surprise some people in the tournament.”
Senior forward Nick Hough agreed.
“It’s been a long journey,” Hough said. “I’ve been playing with these guys since as long as I can remember. 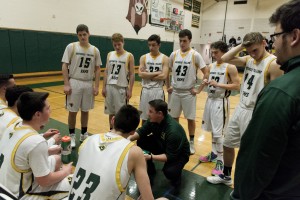 It was hard in the beginning – sophomore year and junior year – but now we’re starting to figure it out. It feels good to be in the tourney.”
Said senior guard Chris Molta: “We’ve worked hard. We’re a young and hungry team.”
That hunger has spread throughout the entire program.
The Southwick Junior Varsity team went 18-2, showing much promise for several years to come. But for four seniors and a nice collection of others, the future is now.
“Hopefully this is the time of year that we can put it all together,” coach Dubuc said. “Hopefully this is just a stepping stone.”
The tournament may come as a shock to the system for Southwick, but Dubuc is hoping to bring his team together by preparing them for what figures to be an electric atmosphere on the opposition’s home court.
“The playoffs are different,” he said. “The game is a little bit more intense – faster, quicker. The crowd is more involved. We have to play each possession as if it’s our last possession of the game.”

D1 TOURNEY NOTES: No. 8 Westfield (10-10) will host ninth-seeded Agawam (10-10) Monday at 7 p.m. The Bombers, one of the region’s most improved teams this season, enter the tournament having won four of their last five games.

THE PUCK STOPS HERE: It appears the Westfield and Longmeadow high school boys’ ice hockey teams are on yet another collision course. The Lancers received the overall top seed in the four-team West Division 3 tournament, beginning Thurs., March 2 at the Olympia Ice Center in West Springfield. Westfield was seeded second.
Both teams split during the regular season with Westfield winning the most recent meeting on the season’s final day.
Top-seeded Longmeadow (16-3-1) takes on No. 4 East Longmeadow (9-11) in the first game of the evening Thursday at 6. No. 2 Westfield (15-5) will clash with No. 3 Minnechaug (14-6) at 8 p.m.
The winners will meet in the championship game March 9.
In D2 girls’ action, No. 12 Longmeadow-Westfield (11-5-1) hosts No. 21 Falmouth (11-8-2) Tuesday at the Olympia at 6 p.m.